You know the Silk Route but did you know there is also a Tea Route? A new exhibition at the Musée Asiatique in Nice puts the spotlight on the humble cuppa and its fascinating history spanning continents and millennia

“Humanity, curiously enough, has always gathered around a cup of tea”, Okakura Kakuzo wrote in The Book of Tea at the beginning of the 20th century. With five hundred million cups enjoyed every day around the world and nearly four million tonnes produced per year, tea is the most widely consumed beverage after water. Amber, golden, or translucent, with lemon, mint, jasmine, black, green or white, Darjeeling, matcha or Oolong: like wine, tea comes in many colours, varieties, flavours and regions. In many countries, it is at the heart of traditional cultures.

Les Routes du thé, the new exhibition at the Museum of Asian Art in Nice traces the origins of one of the world’s most beloved brews, and the culture around it. It all begins with a journey to China, to the sources of tea, in Yunnan and Sichuan, in search of its origins and the first tea gardens. Legend has it that tea was born here in the 3rd millennium BC when Shen Nong, one of the three Augustans, was resting under a tree, boiled water to quench his thirst. The breeze blew a few leaves into the water, giving it an amber colour and a delicate fragrance. The tree was a wild tea plant: tea was born. 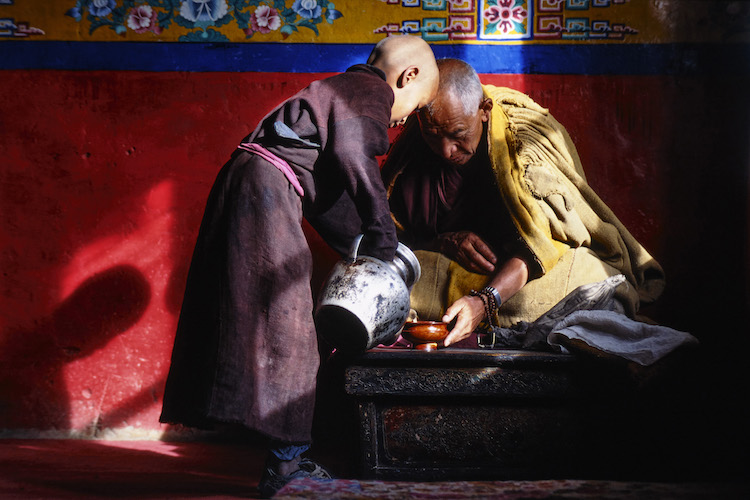 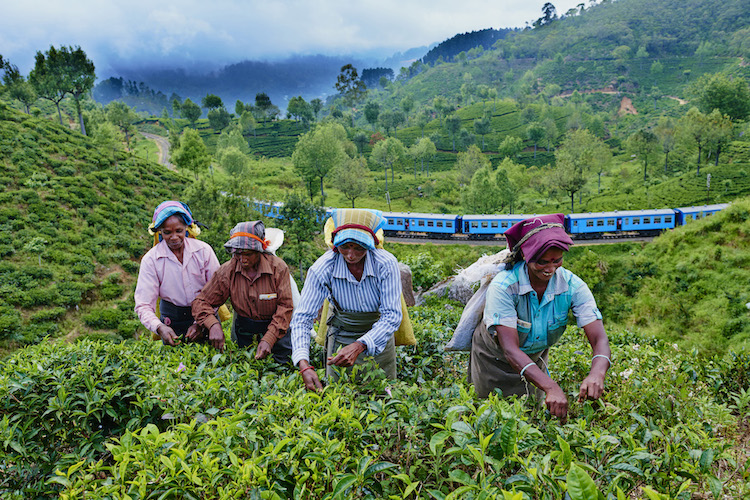 Photographers Tuul and Bruno Morandi took China as their point of departure to follow on the trails of tea. In Japan, tea becomes a sophisticated art form that expresses the very essence of Zen philosophy. In India and Ceylon (today’s Sri Lanka) it turns into an industry that allows the English to resolutely set out to conquer the world. Next stop, the highlands of Tibet and Mongolia where Buddhist monks had adopted brick tea early on to preserve it better. And finally the exhibition travels to the tea houses in the bazaars of Central Asia.

We also learn the intriguing backstory of how tea became Britain’s go-to remedy of all ailments: tea first arrives in Europe in the 17th century, when Dutch traders piled leaves into the holds of their ships moored in the Chinese ports of Fujian but back in Europe it remained an exotic commodity for the chose few. It would take until the 19th century, when the daring Scottish botanist Robert Fortune (1812-1880) stole some 20,000 tea plants that China’s jealously guarded secret of monopoly was put to an end. Soon, in the vast British Empire of India, the Himalayas proved to be a perfect climate and soil for teagrowing. At first reserved for English nobility, it would not take long until tea dripped down to the masses, and from there on conquered the world. 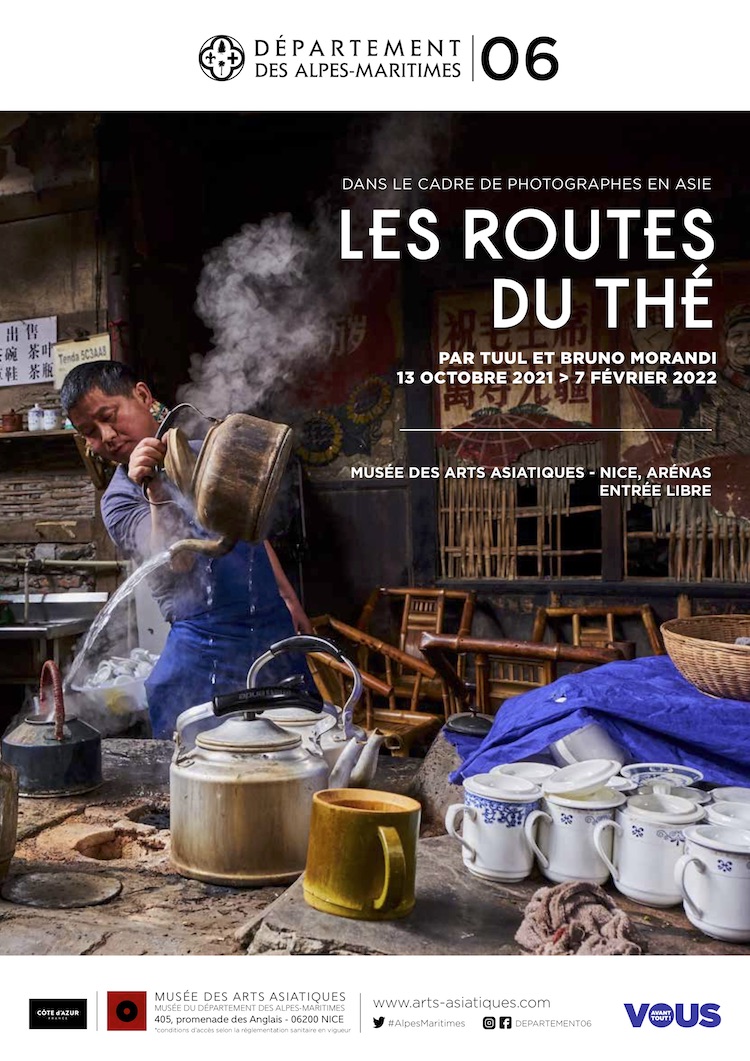 The photographer couple Tuul and Bruno Morandi have been travelling the world for years. Tuul was born in the Mongolian steppe where she spent a unique nomadic childhood before arriving in Paris for her Master’s degree studies in cultural policy. It was here that she developed a passion for graphic art and photography. Bruno, born by the Italian seaside, is an architect by training. His work is influenced by his childhood summers spent in Tuscany. His love story with photography began at age 18, during a trip to the Himalayas. Since their first meeting, the two photographers have travelled throughout Asia in search of fleeting moments that capture the grace of simple gestures. To them, photography is a pretext to meditate on the fragile beauty of this human, natural or cultural environment. Their work is regularly published in the national and international press, exhibited in festivals and galleries, and is the subject of numerous books.

“When we began our quest for the tea routes, we thought we were tea connoisseurs, modest but knowledgeable; however, the further we went in our quest, the more we realised our ignorance. A lifetime, it is said, is not enough to experience all teas. As intrepid travellers, we decided to follow the trail of this aromatic beverage, from its source on the borders of China and Burma, to try to understand how it gradually spread throughout Asia, particularly through Buddhism and the Silk Roads, before becoming global.”
— Tuul and Bruno Morandi

The Tea Routes exhibition opened on October 13 and runs through 7 February 2022.