A new exhibition in Cannes traces the immigration history of Italians and shows that no matter where someone is from and what they bring to their new home, integration is not always made easy.

If today the scent of kebab and couscous wafts through the streets of the Cannois neighbourhood of Prado-République, and the locale is filled with Maghrebi mom and pop stores of all kinds, it was not always the case. Today’s Boulevard de la République was in fact Boulevard d’Italie, and from the second half of the 19th century through 1960 the area lined with shops run by Italians. It is therefore only fitting that an exhibition dedicated to Italian immigrants would be mounted in the Archives Municipales, a stone’s throw away: “Ciao Italia!” traces that specific part of regional history and the influence Italians had on its prosperity. The traveling exhibition, which was first presented in Paris in 2017, is supplemented with local documents and artefacts to underline the local aspect, and runs through 21 March 2022. 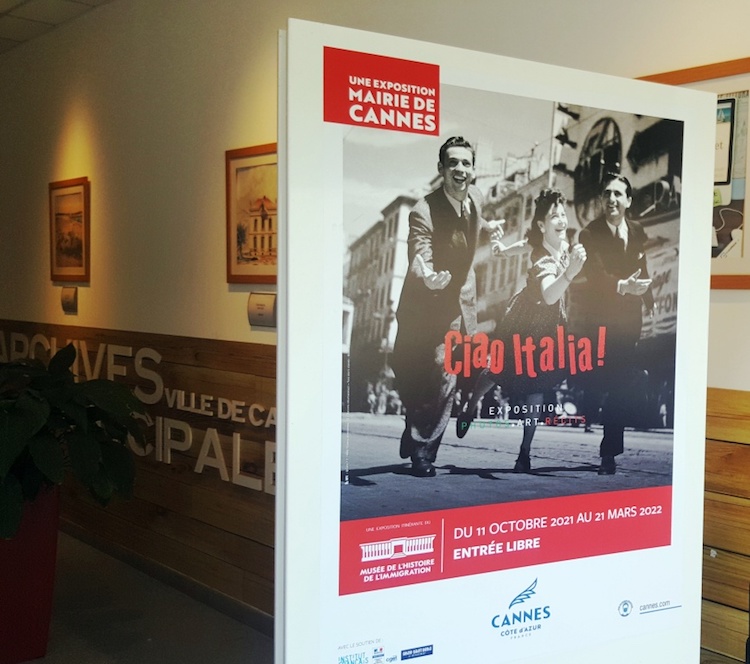 The panels on display tell the stories of Italians who once came to settle in France. For those 100-some years after the industrial and before the technological revolution, they were the largest group of foreigners to come and fill the jobs in agriculture-based French economy. Their backbreaking labour turned France into a steaming, purring, well-oiled engine, despite World Wars and global crises. The exhibition retraces the geographical, socio-economic and cultural path of Italian immigrants in France, from the Risorgimento of the 1860s to Fellini’s La Dolce Vita in 1960.

But their integration was not without its problems and their living conditions were difficult. Based on derogatory stereotypes, they were portrayed in a degrading way. Between distrust and hospitality, violence and goodwill, rejection and integration, the exhibition reflects the specific contradictions of the history of this immigration, while highlighting the contribution of these hard workers to French society and culture.

Playing on the clichés and prejudices of the time, the exhibition recalls the xenophobia of which they were victims. Covering religion, the press, education, the arts, music and cinema, games and sport, and gastronomy, it also highlights the countless contributions Italians workers, miners, bricklayers, farmers, tradesmen, artists and entrepreneurs made to shape France. 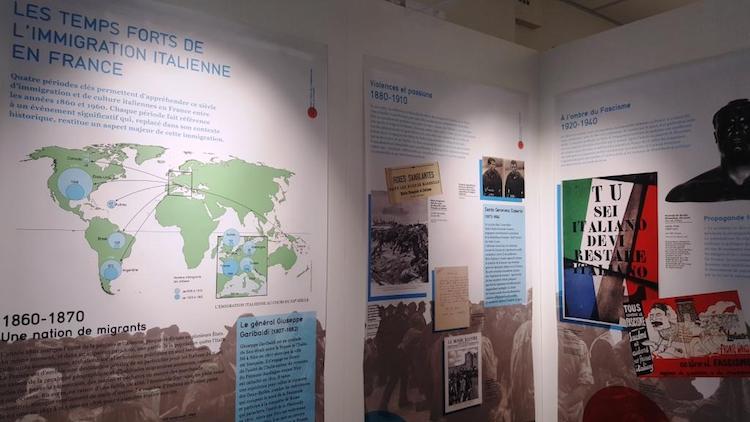 It bears remembering that this region was not always France, and Italy was not always Italy: From 1388 to 1860, the history of the County of Nice was tied to that of Savoy and then Piedmont-Sardinia, and Nice (Nizza) being its historical capital, until France annexed the eastern part of the county in 1860. Only in 1861 would the political Risorgimento movement lead to the organization of the motley tapestry of tiny kingdoms and fiefdoms in Italy to the unified Repubblica Italiana. Due to history and geography, Italian families had therefore already been an inherent part of the regional fabric – including Monaco and Cannes – for centuries and by no means “immigrants” at the beginning of this period. A significant part of the population living in the Maritime Alps region has deep Italian roots preceding that wave of immigration. The frequency of Italian-sounding surnames is a reminder of this.

However, once the chips fell into place, France had abundant economic opportunities but a worker shortage, whereas the situation was reversed on the other side of the Alps, especially in the neighbouring Alpine Piedmont and Liguria regions. This would trigger a major wave of Italian immigration, followed by two million migrants over the next one hundred years. 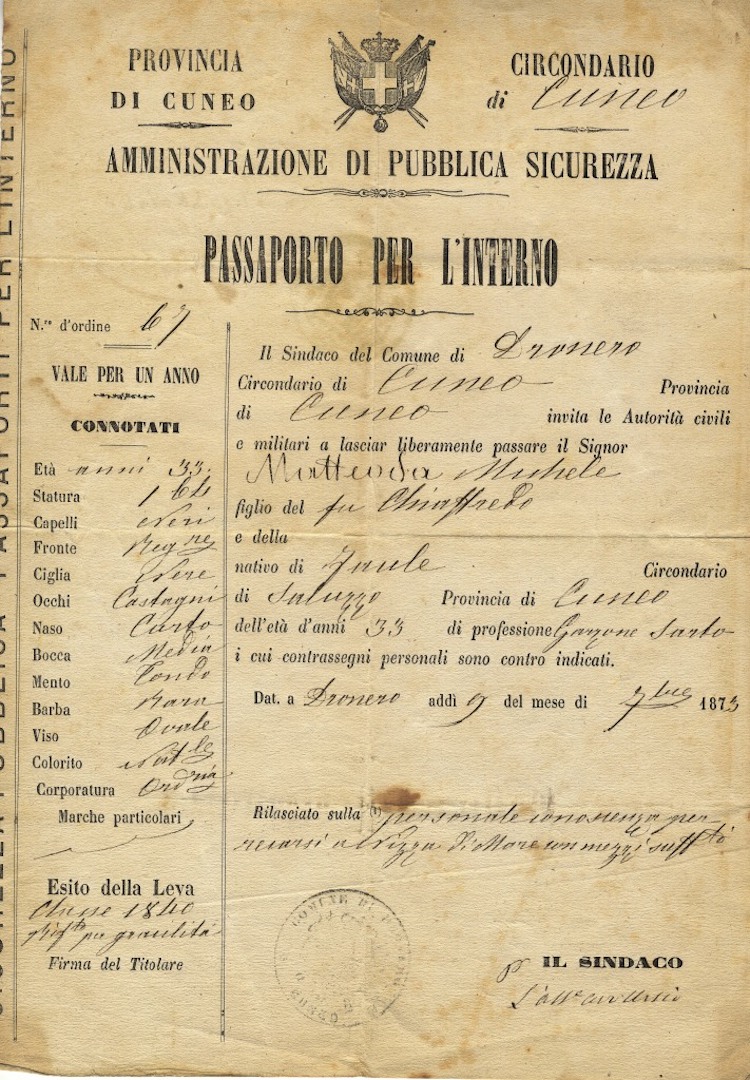 In Cannes, Italians settled in the working-class neighbourhoods of Le Suquet and La Bocca, where the flower fields for perfumery and L’Usine de la Verrerie, the railroad factory, were located. Both desperately needed workers. The development of agriculture and tourism on the French Riviera and its prosperous hinterland also favoured the arrival of (now) foreign workers: in Provence, around 20,000 Italian day labourers were employed each year in grape harvest and horticultural work. While the men worked in the fields, women and children picked olives and flowers. Exiled out of economic necessity, they greatly contributed to the economic and tourist development of the Côte d’Azur. 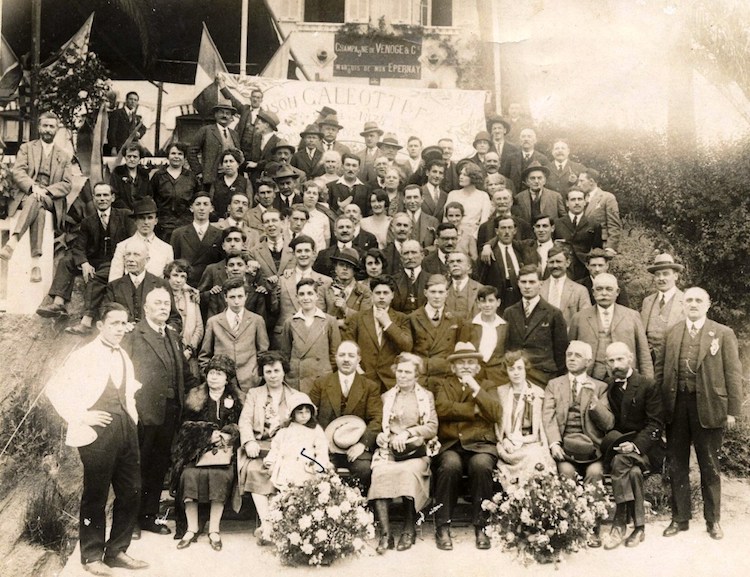 The Galeotti family in Cannes, a model of economic success

Originally from Orvieto in the province of Perugia, François Imerio Galeotti and Luigi Lunghi opened a furniture shop in 1876, situated at 42 bis rue de Fréjus – now 46 rue Georges Clémenceau – in Cannes. The workshops for cabinet making, upholstery, marble, statues, painting, framing, gilding, ironwork and garden ornaments employed up to seventy people. The company manufactured and reconstructed period furniture and created what would today be called designer furniture. The shop became “Galeotti Frères” and was even enlarged in the early 1920s. The company finally ceased its activity when André Galeotti retired in 1947.

Of course the Italians were not only workers and artisans. Numerous artists and intellectuals also made the trek across the Alps, mainly flocking to Paris… painters Boldini, De Nittis, Severini, Modigliani, De Pisis… actors Yves Montand (né Ivo Livi) and Lino Ventura, publisher Cino Del Duca… Today, Italian design, fashion, and cuisine has become an integral part of the French landscape, from Vespas and Armani to France’s favourite fast food, pizza, chased with an espresso. Many of these accomplishments touch the Mediterranean region in a particular way. The best example for this is Cannes’ movie industry – unthinkable without Italian films, directors, or stars. 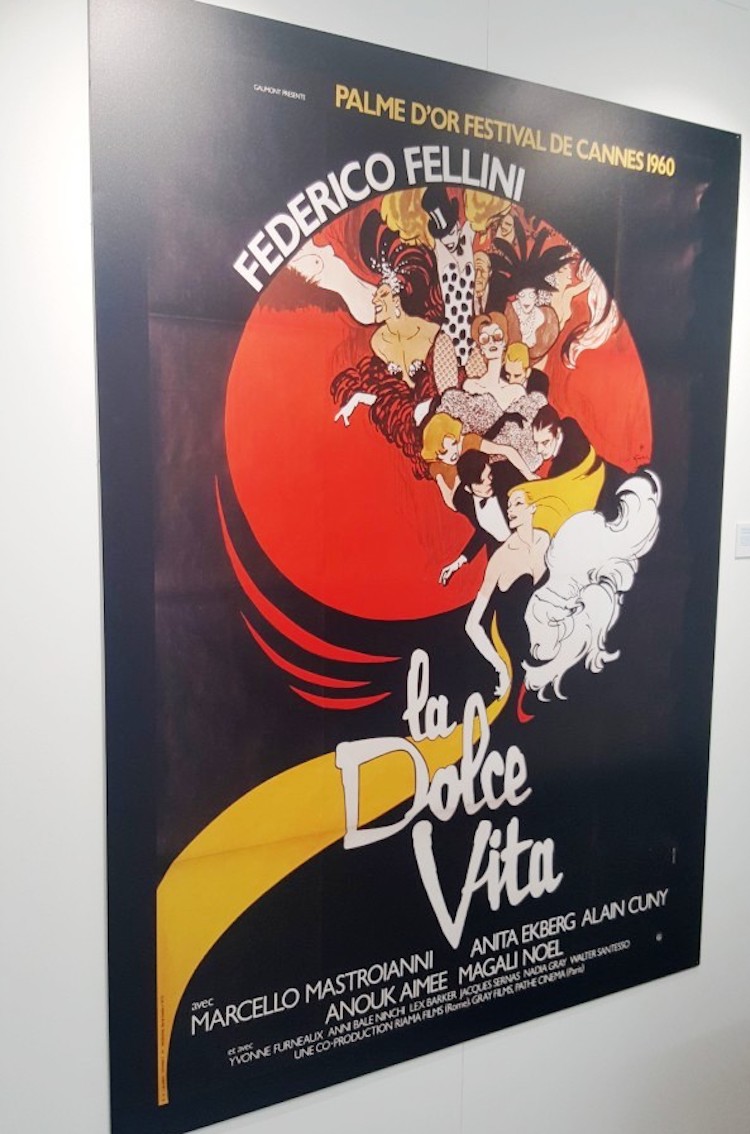 The exhibition tells all this through postcards, posters, newspapers, photographs, films, letters, objects of various kinds. It aims to make young people aware of this little-known history tainted by prejudice and bringing generations together around a common heritage. A detailed overview of Italian immigration to Cannes and the region can also be found here (in French).

Given the potential this exhibition has to educate and build bridges, it’s all the more regrettable to recently witness two foreign visitors being treated with disdain and superiority by one of the exhibition’s attendants. Or maybe it was just an authentic recreation of the Italian experience…?