The Low Budget Men are back on stage this February performing in Cagnes-sur-Mer, and as always in aid of Association 20,000 Vies.

Claude Mariottini and the Low Budget Men start off their 2014 with one of their first live performances of the year when they play Casino Terrazur in Cagnes-sur-Mer at 8pm on Friday, 7th February, supported on the night by their good friend Paul Casey on guitar. As always, all proceeds from their gigs and any merchandise sales on the night go towards providing defibrillators for the region.

There are over 50,000 sudden deaths in France every year, many preventable if there were more defibrillators available in public places. The sole objective and aim of the Association 20,000 Vies is to raise public awareness about defibrillators, and the Low Budget Men tour and play tirelessly to provide the funds for the provision of such defibrillators. Since 2008, they are responsible for providing 75 units throughout the region. 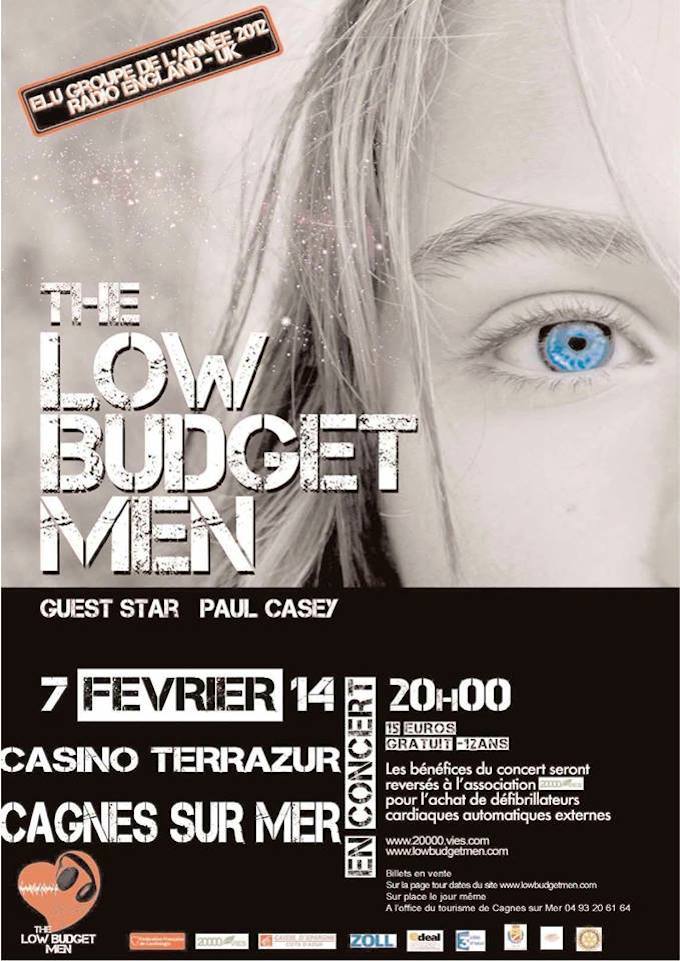 Paul Casey will also be performing the previous night, on Thursday, 6th February in the Hard Rock Cafe in Nice, and will be supported by the Low Budget Men, getting in a bit of practice for the big gig on the 7th! Admission to this performance is free.

Tickets for the Casino Terrazur concert are €15 and are available from the Office de Tourisme in Cagnes-sur-Mer or by calling 04 93 20 61 64. Tickets may also be reserved online. Under 12s get in for free, accompanied by an adult.

But you better act quickly, as we can guarantee that this gig is going to sell out fast!