When the Cannes Film Festival snubs you, it may be the kickoff to an international career, as a talented young Niçois film maker found out.

Fairy tales usually start like this: Once Upon A Time. So, once upon a time, not that long ago, a young film school student did a movie project for his degree. After graduation, he kept filing his work down to what he thought was a pretty good sci-fi short film and ventured to submit it for the 2014 Cannes Film Festival. And quite predictably, The Powers That Be at Cannes turned it down. But not one to be easily discouraged, he tried his luck elsewhere. And lo and behold: The rest of the world knew talent when they saw it, and the film blasted into the cinematographic stratosphere like a rocket-fuel powered missile. Within just a year, award upon award, and recognition upon recognition rained down on the young filmmaker. Among them: top honours from the undisputed Olymp of filmmakery, Hollywood.

But this is not a fairytale, or a film script, this is the real life story of Youcef Mahmoudi, age 28. And when we look for him, we don’t have to go very far. He is not a Hollywood resident, he doesn’t even live in Paris. He is located right here in Nice.

So, let’s back up a couple of steps and find out who this prodigy is, who stands on the brink of international film director stardom. 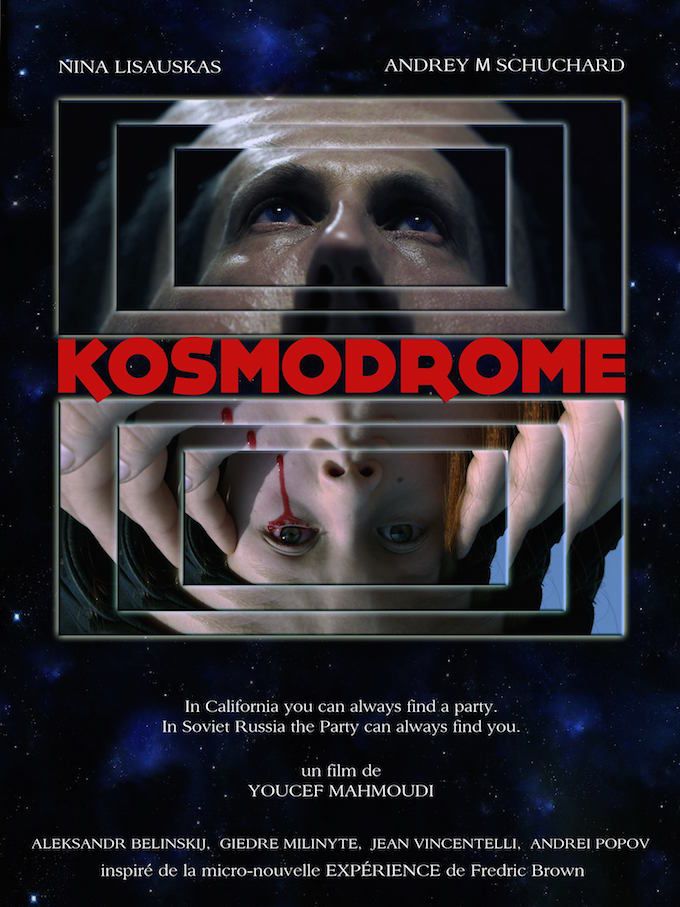 If you like your réalisateurs disheveled, dressed in existentialist noir, chain-smoking, and with a dark, dramatic edge, you will be disappointed. Youcef is as clean-cut and soft-spoken as they come. It may be because he comes from a down-to-earth, solid middle class family. His well-educated parents immigrated from Algeria to Modena, Italy in 1987, worked hard to integrate and build a business there, and then moved to Nice in 2006 where they have been living and working ever since. The family language was French and Italian with a sprinkle of Arabic. Youcef – or Giuseppe, as his father calls him – feels privileged to have grown up in such a culturally diversified environment, which instilled into him a good set of values and a hard work ethic, and he likes to “just make things happen”.

That spirit shone through early. When Youcef was a 10 year old kid in Italy, he had a dream. He wanted to become an astronaut. Go to Mars. But fate intervened in a pragmatic way, as it often does – he is easily motion-sick, so stepping in a space vessel and zooming around in orbit was not on the cards for him. But then he found another outlet for his fascination for space – he discovered cinema. One of his early markers: the riveting performance fellow Niçois actor Marc Duret gave in Nikita, one of Luc Besson’s cult movies. “That opening scene, that is something you will never forget.” But the genre he was really passionate about was sci-fi… if he couldn’t go to space in a rocket, he could at least spacetravel via celluloid.

So, naturally, Youcef was off to film school as soon as possible, where he learned his trade from scratch. In fact, so well so that it ultimately resulted in Kosmodrome, the short film which hasn’t stopped winning prizes ever since its 2014 release. And unsurprisingly, it circles right back to Youcef’s interest in astronomy and space…. but also probes into the dark and unexplored recesses of the human mind.

Kosmodrome takes us back to July 1969, the days of the first American moon landing. The morning after Neil Armstrong became the first human to step onto Earth’s lunar satellite, we find ourselves inside a KGB bunker. A lieutenant with psychic powers manipulates and brainwashes a prisoner, a woman with the same unusual talent, to kill the NASA flight director Wernher von Braun…. Where will this go? The story, even though tapping into historic events, is one of introspection – not exploring the outer but the inner universe. The film plunges into the mind of an insane person telling a crazy story. “I didn’t try to make a realistic movie. I wanted the audience to experience madness, the insanity of war and ideology, the horror of somebody trying to enter into your mind and manipulate your thinking. This, for me, was a really scary subject”, Youcef explains his motivation. If the film is slightly reminiscent of Fredric Brown’s “Experiment”, it is no coincidence – it is indeed a loose adaptation of the American sci-fi writer’s time travel theme.

In 2014, a multicultural, multilingual cast (among them Nina Lisauskas, Andrey M. Schuchard and Aleksandr Belinskij) and crew (including cinematographer Mirko Scarzi and sound designer Todd Warren) finished the film – which had initially started out as a graduation project – transforming an area around Sospel, just north of Nice, into Novosibirsk for the duration of the shoot. Noteworthy the use of three languages (Russian, French, English). Does that make things more complex? “No, not at all. Language is secondary. Cinema is a universal language based on images,” he describes his underlying philosophy. This is entirely aligned with Youcef’s understanding of himself as a multilingual world citizen to whom man-made barriers mean very little. And this out-of-the-box thinking also influences his work. It is therefore hardly a surprise that a film like Kosmodrome would have been rejected by the Cannes Film Festival panel. It is just not formulaic enough, doesn’t adhere to the traditional school of French filmmaking, doesn’t check the square boxes. But Cannes’ refusal didn’t discourage Youcef. He was already submitting his work to other festivals around the world, and before he knew it, Kosmodrome won awards and Official Selection Nominations wherever it went, from the Zero Film Festival in Toronto and Montreal to the Fantafestival in Rome, from the Contemporary French Film Festival in Novosibirsk to the Science Fiction Film Festival in Trieste… hardly an international short film festival of renown that would not heap glory on it.

But the United States was the place where this gem of a short made the biggest splash. The Newport Beach Film Festival, The Art of Brooklyn Film Festival in New York, the San Diego Indie Fest, the Fargo Fantastic Film Festival, and Gen Con Indy in Indianapolis, to name but a few, all awarded it top honours. But the biggest coup Kosmodrome landed was right in the epicenter of All Things Silver Screen, Los Angeles: Without getting their hopes up, Youcef and his team submitted Kosmodrome to the prestigious HollyShorts Festival. Sure, they followed an invitation to be present at the award ceremony – but never in a million years would Youcef have thought to find himself on the podium accepting the winning award. “I just couldn’t believe it. I didn’t even have a speech prepared. And to think that this happened at the Roosevelt Hotel, the very place where the first Oscar ceremony in history was held in 1929…. That was a extremely moving moment,” the young filmmaker remembers. And to crown this monumental experience, Youcef’s movie was also projected at the world’s most famous movie theater, the Chinese Theater on Hollywood Boulevard.

With so much laurel and fanfare from all around the world, Kosmodrome would eventually get traction in France, becoming a hit at the UniFrance Festival and the Semaine du Cinéma Fantastique in Nice where it once again landed on the highest step on the podium. And at long last, this year, the Cannes Short Film Corner finally woke up to it as well.

Although Nice is his home base and he loves working here, Youcef laments that the city is not really a viable alternative to Paris, especially when it comes to post production. “Sad, really. We have so much potential and talent here, a glorious scenery reminiscent of Hollywood, but there is a lack of artistic cohesion here which is counterproductive.” 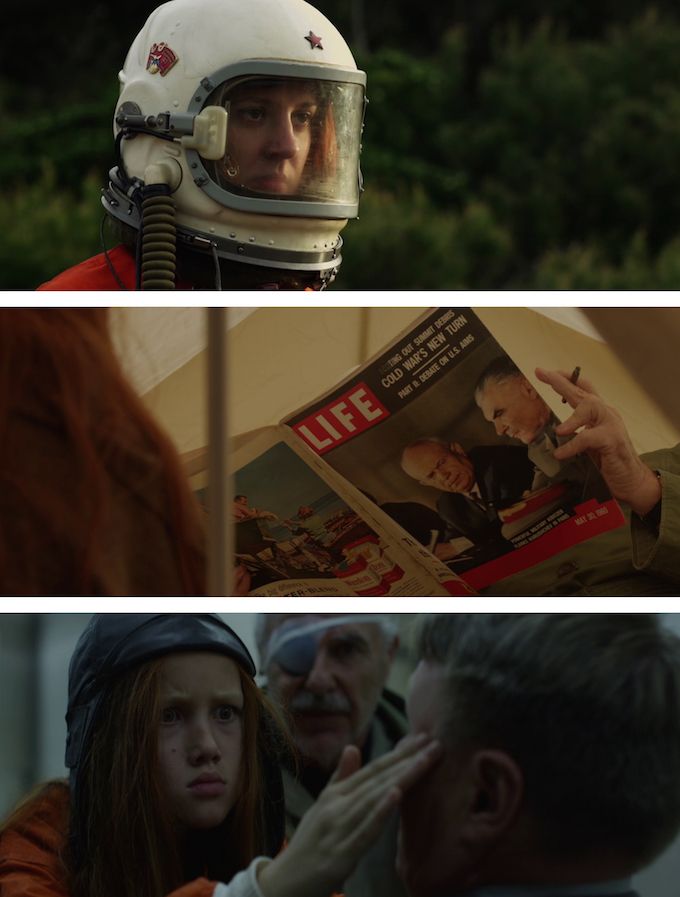 A team worker by mentality, he strongly believes that “I don’t have to be the one on set who comes out with the right idea for a scene, or a performance or a particular direction, but I have the responsibility as a director to choose the right idea for the movie. Which is not necessarily MY idea, but the one which serves the film best. And it can come from anybody on set. My job is to have a vision and the talented people working on the film help me to bring this vision on screen, so I listen to them very carefully and try to inspire them. From my point of view, it’s like orchestrating. Ego has no room in this.”

The typical French individualism and territorialism is hard to grasp for him. He is much more at ease working with the Anglosaxon “can do” attitude of sharing and supporting each other, and is therefore increasingly looking to the international film market.

“My hope is of course, like any director, to turn a short into a long version. These days, with crowdfunding campaigns like Kickstarter, it’s considerably easier. Once I can get a couple of big names on board, people will want to participate financially. There are no more excuses, just do it!”

And coming back to the actor who influenced him as a youth, and who he has already occasionally crossed professionally, he says that “working with someone like Marc Duret would be more than an honour, it would be completely out of the ballpark great.” Marc who has a lot of respect for his young colleague’s talent can easily envision such a collaboration. “I strongly believe in giving talent a chance. And Youcef Mahmoudi and I – both of us French-Italians with a love for Anglo culture – are very much on the same wavelength with a shared interest in projects in different languages,” the seasoned international star actor tells us. Unforgotten, the multi-award winning shorts he played in, like Yann Danh’s A Tout Prix or Stratos Gabrielidis’ L’Atente which his savoir-faire elevated to feature film greatness.

With such a shooting star directing debut, Youcef’s tale does read like right out of a storybook. Now, as we well know, every fairytale prince needs a pretty princess to live with happily ever after, right? And indeed, she, too, materialized in his life. Back in film school he met class mate July Allard, and it has since been a match made in heaven, on a personal and professional level. Both sci-fi fans, they complement each other perfectly: she, the visual artist, brings a gentler, feminine perspective to the table, while he shares his technical experience. So of course, July is also a co-producer of Kosmodrome. But not content with just working on Youcef’s film, she also made her own sci-fi movie, called “O”, but in contrast to Kosmodrome, this is a much more psychology-driven story of a family living through various successive universes, each radically different from the others. Faced with infinite choices and events, their actions determine the outcome and the next phase of each space-time. Since its 2014 release, O has made no less of an impact on its own, winning selection nominations and excellence awards in the U.S. and Germany. And the two already have a first “child” together, called Hypéria – the production company they co-founded. 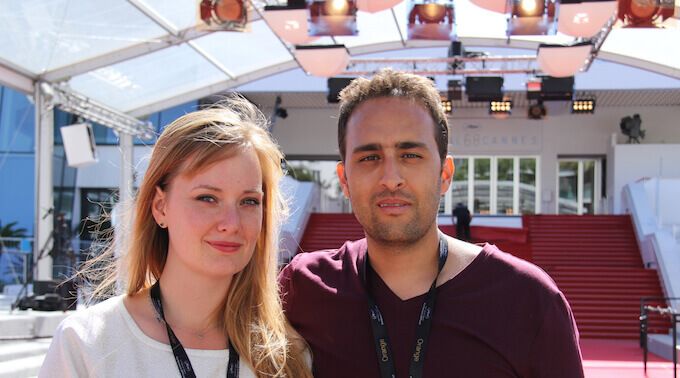 Tremendous talent… yes of course, but beyond that, passion, hard work, and the right attitude is the not-so-secret recipe that has made this young and lovely filmmaker couple a stellar overnight success, as a team and as individuals. You’d be well advised to get your chequebook out to co-finance their next project, you’ll be glad you did when they are on the stage in Hollywood picking up their Oscar. It’s surely only a matter of time.