Everybody expected Abdellatif Kechiche’s “Adèle; Chapters 1 & 2” to win the César for best movie at the French equivalent of the Oscars.

The Césars have indeed a long history of celebrating dark or intellectual films but aside from Adèle Exarchopoulos who won the best female newcomer prize, the Palme d’Or-winning Lesbian romance came back empty-handed from last week’s ceremony.

In the end, it was a comedy, Guillaume Gallienne’s semi autobiographical directorial debut “Les garçons et Guillaume, à table” (Me, Myself and Mum) which scored big. Best film, best first film, best adapted screenplay best editing and best actor for Gallienne himself, it was a real triumph for one of last year’s biggest hits at the French box office. Who said that French cinema could not be funny?

“My earliest memory of my mother dates from when I was four or five: she called my two brothers and me to the table saying, “Boys, Guillaume, dinner!” and the last time I spoke to her on the phone, she hung up saying, “Take care, my big girl.” And, well, between the two of us there were quite a few misunderstandings.” 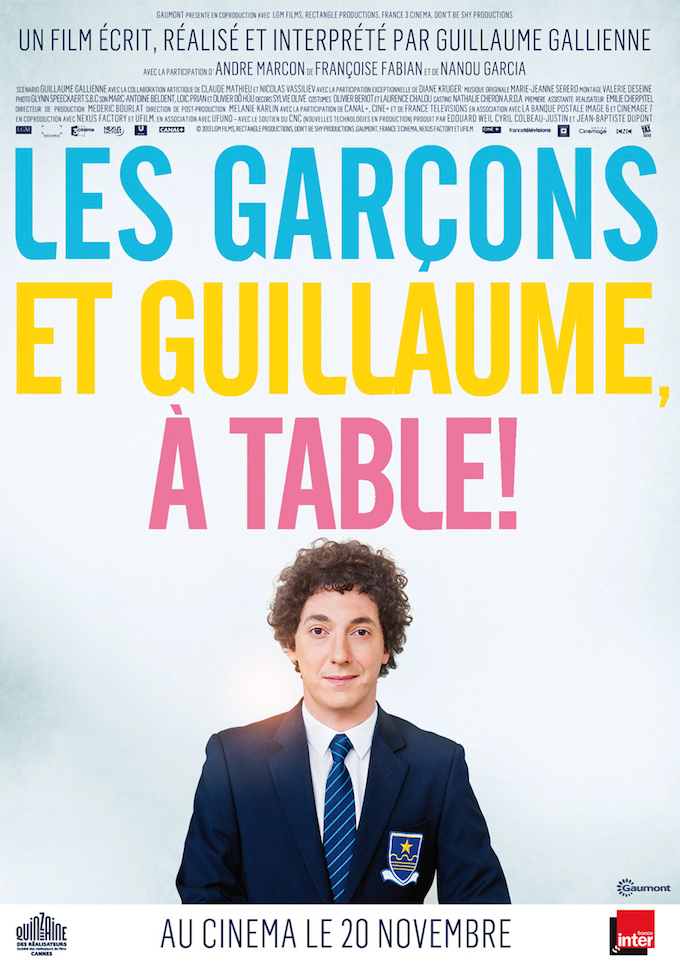 This is how the Comédie Française trained actor describes his hilarious movie, which focuses on his sexually confused childhood in an upper-class family, with a macho father who believes that boys should only play with toy soldiers or play rugby, and an overbearing mother who strongly encourages her effeminate son to indulge in more girlie activities.

And while everybody just assumes that he is gay, our hero goes through many hilarious adventures and experiences, including a trip to Spain and a stint in an English school, to discover that he is actually heterosexual.

While this flamboyant farce sometimes calls to mind some of Pedro Almodovar’s works, it relies essentially on the disarming sense of humour of the 41-year old Guillaume Gallienne, who not only plays himself throughout his childhood, but also the part of his mother, as he knew from the outset that he was the only one who could portray her. And it works brilliantly.

Adapted from his already acclaimed eponymous solo stage show, Gallienne’s movie premiered last year to critical acclaim during the Cannes’ Directors’ Fortnight, where it won two prizes. It has since captured the hearts of millions of moviegoers worldwide.

‘Les Garçons et Guillaume, à Table‘ is now back in movie theatres, so it you haven’t seen this real crowd pleaser yet, here’s your chance!