St. Pierre d’Arène Church in Nice was once again transformed into a stage and atelier to commemorate the centennial of Willette’s Vow.

Paris, 1914. Flamboyant and controversial painter Willette (1857-1926), founder of the famed Le Chat Noir cabaret in Montmartre, had just recovered from a grave illness. Quite in contrast to his secular-leaning world views, he then vowed to hold an annual mass with fellow artists around the world to remind them both of the gift of life but also to honour those that had passed away or would still do so during the year. At the same time, the mass was to be a place for artists to congregate, connect, and celebrate.

Willette would not live to see the mass as he died just days before it was first officiated but his Vow has since been faithfully executed. First held in Paris at Saint-Germain L’Auxerrois on Ash Wednesday 1926, it has since become a beloved French tradition, sprinkling a traditional Catholic service with artistic contributions from music to painting, sculpting, dance, and poetry. A celebration and a memorial indeed. Small wonder therefore that in a bow to artists on the French Riviera, it also found a home in Nice 30 years ago.

2014 marks the one hundredth anniversary of Willette’s Vow. In celebration of this milestone, Bursar Frère Yves-Marie Lequin, the Dominican friar who organizes the annual event, selected St. Pierre d’Arène to host the Ash Wednesday mass. 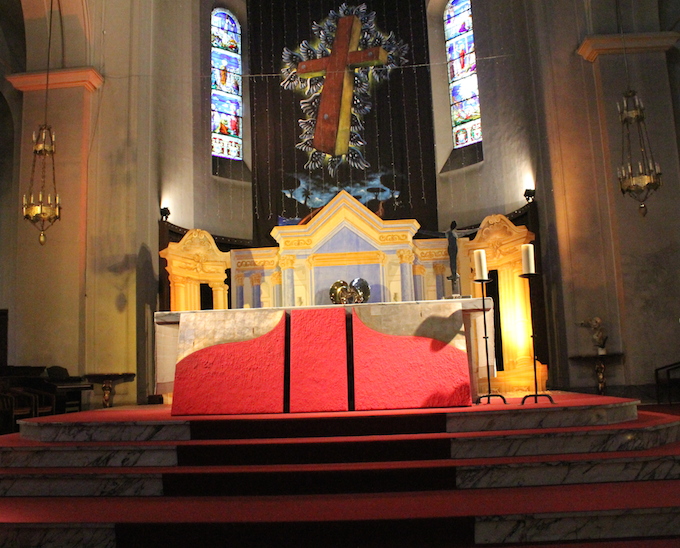 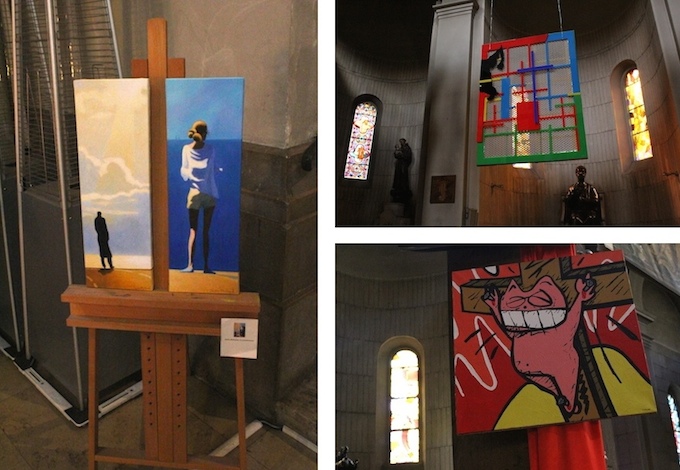 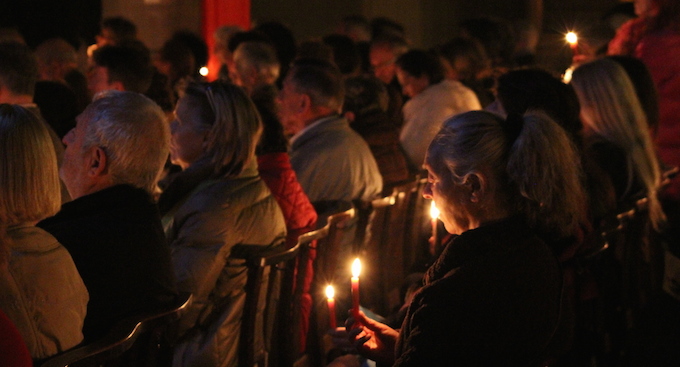 Set against a dramatic backdrop created by the Opéra de Nice, an exhibition showcasing plastic and iconographic œuvres of more than 50 artists provided the visual reference, and a half hour musical prelude to the mass, virtuously performed by violincellist Bruno Posadas (Orchestre Philharmonique de Monte-Carlo) set a festive and reflective mood among the 1,500 visitors, packing the church to standing room only. 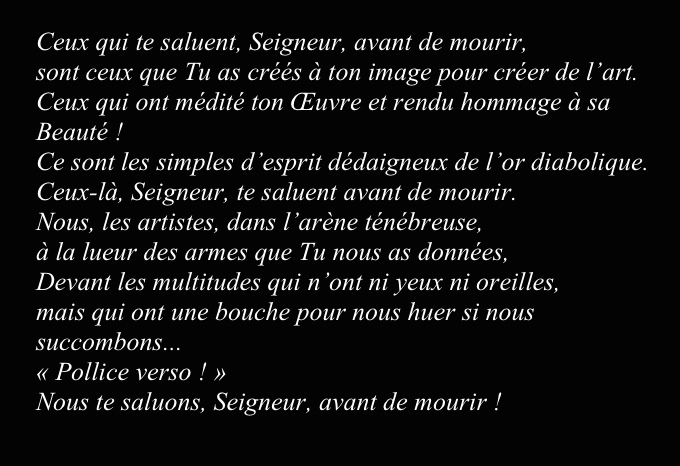 Another highlight was the blessing of the works of artists from the Ateliers d’iconographie de la Côte d’Azur. Befitting the theme of creativity, the two hour service ended on a playful note and a bow to its creator’s Montmartre roots with Parisian singer/comedian Isabelle Servol’s charming cabaret style number, and the ensemble of contributing and performing artists rendering their own version of “We are the Champions”.

Nice and its talented artists truly did Willette’s Vow justice.

Father Yves-Marie Lequin (pictured below, resplendent in la chasuble de Nivèse), who has held the office of Bursar to the Artists since 2011, is an artist himself outside his spiritual calling. An accomplished painter for 25 years, he studied art and philosophy in London, Leicester, Louvain (Belgium) and Paris, and his works are regularly exhibited. Far from being a clerical ivory tower dweller, he is down-to-earth, hands-on, and thoroughly modern, adores interacting with his congregation in person, and is as much at ease on social media as he is on the pulpit.

St. Pierre d’Arène has not been chosen by accident. The church has a long-standing tradition as a spiritual home to artists, and a history of remembering their contributions. In 2013 for instance, it hosted several Edith Piaf memorial events. The current exhibition of paintings will still be on display through 30 April. 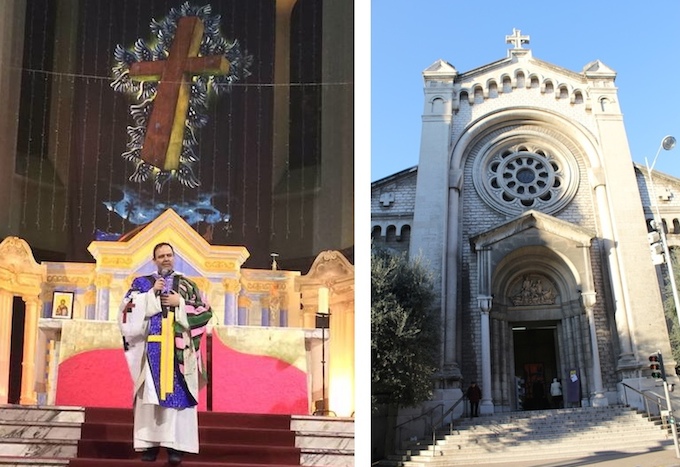 Incidentally, the church also commemorates its own centennial this year which marks the beginning of its extension from a small chapel to its present impressive size. (An English language service is held on Sundays at 12.15 pm.)

Parisian poet Apollinaire wrote that Willette’s drawings merited the Peace Nobel Prize in equal parts for their opposition to war as to the hypocrisy of those who hated beauty. A perfect metaphor for this Niçois Messe des Artistes with its appeal to universal love and appreciation of arts in all of its forms.