Fresh from its recent success at the Golden Globes, we think that it’s time to spend an evening in the company of ‘American Hustle’.

Why am I giving this movie as much as four and a half stars? For a start, this sparkling comedy drama about an FBI operation that spirals out of control is directed and edited with flair by “King of the Oscar Nominations”, David O. Russell. I’d call him one to watch if we weren’t all watching him already.

For another thing, the twist-ridden plot is complicated enough to keep you engaged, but not enough so as to be off-putting. A lot of similarly involved movies fall apart in the third act, crushed by the weight of their own ambitions, but thankfully ‘Hustle‘ delivers a payoff that does justice to the prolonged build-up. And for another, this film is really funny.

Using the trademark off-the-beaten-track humour that made ‘Silver Linings Playbook‘ such a revelation, Russell gives us what must be the only movie ever to feature a running joke about ice-fishing, as well as a one-liner that is so hilariously nonsensical I can’t bring myself to ruin it here (suffice it to say it blends painting, martial arts and psychology in one gloriously mixed metaphor). 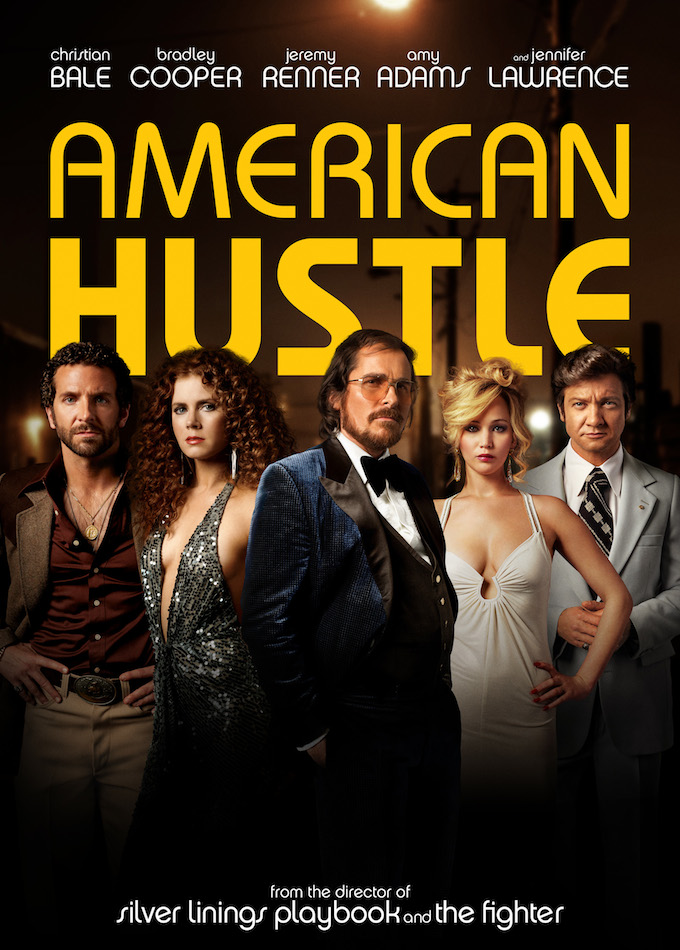 The actors are without exception brilliant in their roles. Christian Bale turns in a great performance as the put-upon conman Irving Rosenfeld, inevitably reminding us of De Niro’s classic gangster roles but adding nuances of his own (and if you’d like a direct comparison, De Niro is briefly in the film).

Bradley Cooper is by turns pathetic and menacing as the megalomaniacal FBI agent Richie DiMaso, who initially forces the pair to assist him in FBI stings on other con artists, but ends up attempting to bring down every gangster and corrupt politician in New Jersey.

And Jennifer Lawrence doesn’t so much chew up the scenery as swallow it whole as Irving’s crazy wife Rosalyn. To watch her furiously rocking out to Wings’ “Live and Let Die” is to understand what the movies are all about.

So why am I giving this movie as little as four and a half stars? American Hustle suffers a bit from a lack of originality – most notably in flashback scenes about Irving’s childhood which could have been dropped, or at least shorn of a voiceover which makes the GoodFellas similarities a little too explicit.

As you can see, the film’s good points far outweigh the bad. See American Hustle not because it rewrites the book – though it does add some cool annotations – but because it is genuinely fun from start to finish. Of how many movies can that be said?