The 14th edition of Top Marques Monaco, billed as the most exclusive show in the world, takes place at the Grimaldi Forum, running from 20th to 23rd April.

The programme for the 2017 edition of Top Marques Monaco promises to be hugely exciting, with no fewer than seven world premieres focusing on innovation and the transport of tomorrow. Some highlights to watch out for include:

– Four supercar World Premieres: the DONKERVOORT G8 GTO, the C10 from CALAFIORE, the Charlotte Edition of Asfané by FRANGIVENTO (pictured below), and an as yet undisclosed Grand Tourer from DAVID BROWN AUTOMOTIVE. 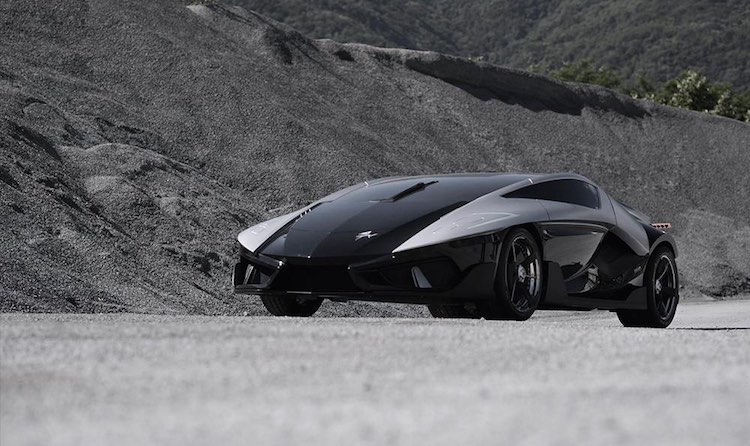 – The World Premiere of the famous diamond dealer Jean Boulle, who will reveal a Bentley Azure, encrusted with 2 millions diamonds, on the Esplanade of the Grimaldi Forum.

– The World Premiere of AEROMOBIL’s newest model of a flying supercar, which will be unveiled at the inauguration of TOP MARQUES.

– The World Premiere of the PAL V Liberty, the world’s first commercial flying car with a retractable rotor – which will be for sale at the show

– The World Premiere of the show’s largest ever luxury exhibitor – Silver Muse by SILVERSEA, a 40,700 ton giant.

– The launch of one of the world’s fastest drones by Monaco innovators MC-CLIC, capable of flying 30 metres per second.

Look out for the Dendrobium by VANDA ELECTRICS, a two-seater, all-electric concept supercar with a target top speed in excess of 322 km/h…we don’t think you’ll be allowed hit those speeds on a test drive though!

Monaco’s own VENTURI E-formula team will also be present, with guest appearances by drivers Stéphane Sarrazin and Maro Engel.

As we have come to expect of Top Marques Monaco over the years, there will be more than 20 cars available for test drives on the famous F1 track, featuring such famous corners as Tabac and Rascasse.

Alongside the cars there will also be six superboats including the K7 KORMARAN, transformer of the waves with six boats in one, and the latest boys toys from LUXURY WATER TOYS.

Top watch brands will also be present at the show, including FRANCK MULLER, GREUBEL FORSEY, ATELIER DEMONACO, ARNOLD AND SON, URWERK as well as more than a dozen haute jewellery brands.

An unprecedented collection of art, including a ‘Pop-up’ gallery by LAURENT STROUK in Paris, an exhibition by French artist RICHARD ORLINSKI, and works by British sculptor PAUL DAY, whose memorial dedicated to British soldiers was recently unveiled by Queen Elizabeth II in London.