Top Marques Monaco, the world’s most exclusive supercar show, is back once again in the Grimaldi Forum in the Principality this coming April.

Celebrating its 11th year, the Top Marques Monaco show once again promises four days of unadulterated luxury, bringing together the worlds of the supercar, motorbikes, superboats, and watches. With over 33,000 visitors last year, this show is the premium luxury event of its kind in the region.

This will be the second year running that the Edmond de Rothschild Group will be involved as title sponsor of the event, and to date luxury supercar manufactures including Lamborghini, Ferrari, Pagani, Maserati, Porsche, and Aston Martin have all committed to the 2014 show.

The organisers have also confirmed that there will be no less than four world premiere supercar launches, adding to the overall excitement of the event. This year, there will also be a Classic Car category for the first time. 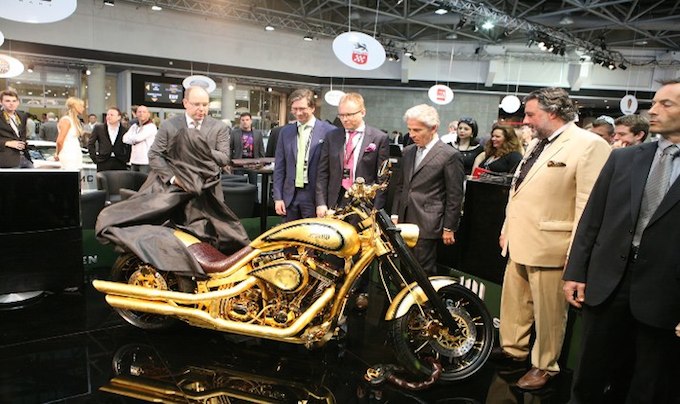 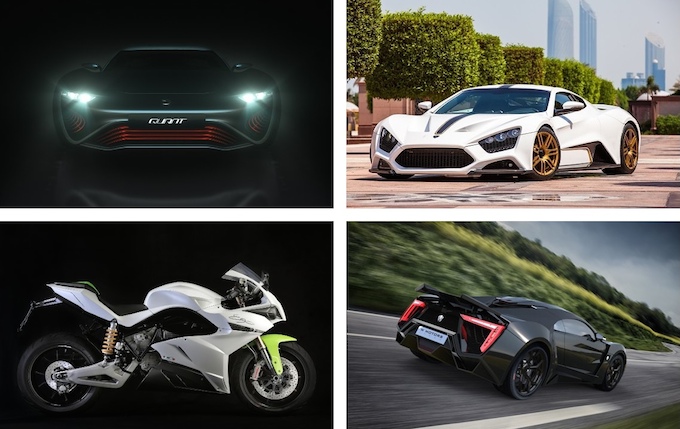 Look out for the Quant e-Sportlimousine (pictured above, top left panel), a sensational four-seater sports car, featuring nanoFLOWCELL® technology; the Energica Ego (pictured above, bottom left panel), the world’s first ever totally electric superbike which can hit speeds of up to 240km/h; and the world’s first chainless e-bike, driven with electricity, the Mando Footloose.

In addition to the supercars and motorbikes, the organisers have also confirmed that more superboats than ever will  be on display, including a unique two-seater submarine. On the horological front, Swiss watch manufacturer Franck Muller has been confirmed as the anchor exhibitor in the Watch Pavilion, amongst many other top brands who will be present, including Rolex, Patek Philippe, Audemars Piguet and Jaeger-LeCoultre.

Top Marques Monaco runs from Thursday 17th to Sunday, 20th April in the Grimaldi Forum in Monaco. Tickets cost €50 and may be reserved online or purchased at the event. Children under 6 get in for free. 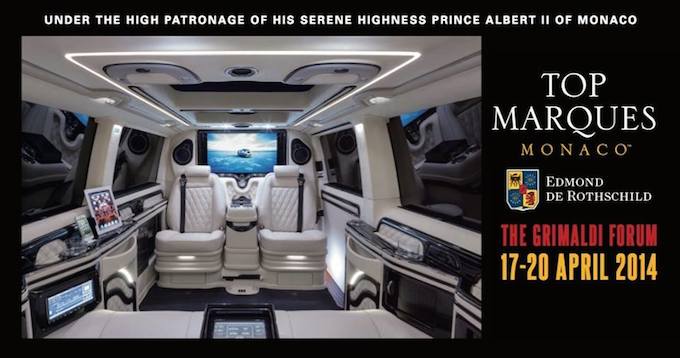