The 2015 In&Out Gay and Lesbian Film Festival is taking place in both Nice and Cannes from April 30th to May 9th. The theme of this year’s festival is “Coming Out!”.

According to Benoît Arnulf, artistic director of the In&Out Film Festival, the objective of this year’s event is to allow gay and lesbian filmmakers themselves proudly show their work as part of their lives (and others) and as part of their careers in hopes of being able to continually make this film genre more universally acceptable and appealing. Just as anyone in their lives ‘coming out’ with the hopes of still being accepted. 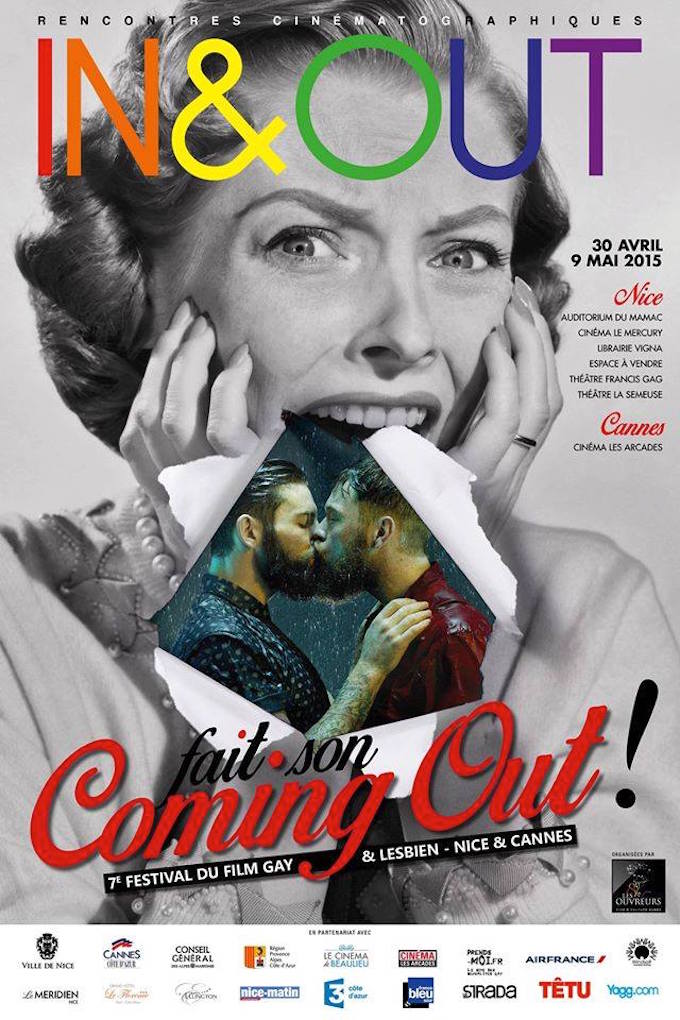 There are 33 feature films and three short films at the festival this year, and they come from all corners of the globe touching on myriad subjects with something to surely grab everyone’s attention.

Many of this year’s films are looking towards Eastern Europe, with Canada and Italy being honoured with a selection of best recent national productions.

The jury this year will be made up of representatives from the professional side of the film industry and queer artists. The festival provides a prime opportunity for enthusiasts of the LGBT film genre and those working in the industry to come together to network and brainstorm, along with the public.

For more information on the films being shown, dates and locations, check out the In&Out 2015 Gay and Lesbian Film Festival official website.

And, most importantly of all — Enjoy!