To help the hard-hit musicians of the devastated Middle-Eastern city, famous French-American conductor Jean-Pierre Schmitt organizes a local charity concert. An interview with the maestro.

The world spins at an ever-accelerating pace, and one crisis chases the next. By now, many people have already forgotten about the once-in-a-lifetime disaster that hit Beirut on August 4, 2020, catapulting Lebanon’s capital city into abysmal chaos. Two massive explosions of 2,750 tons of highly flammable substance negligently stored in the port caused at least 218 deaths, 7,000 injuries, US$15 billion in property damage, and leaving an estimated 300,000 people homeless. In a country whose economy has already been in freefall for the past few years, this was yet another blow.

Fortunately, there are people like Jean-Pierre Schmitt. The renowned musician wanted to help… and what better way than by organizing a charity concert? Crowdfunded, “Music for Lebanon” is a free concert at the historic St. Joseph Church in Beirut on January 8th, 2022, with proceeds going to Lebanese musicians who are arguably even more affected by the merciless grip of fate than others like farmers or merchants who can still somehow eke out a living.

Praised for his precision and elegance at the podium, the native Parisian conductor has spent the majority of his life in New York City, where he built an impressive international career. We had the opportunity to talk with him about his plans to help Lebanon.

Jean-Pierre Schmitt, you are well-known on both continents but please tell our readers a little bit about yourself

I was born in Paris in 1948 and grew up in a loving family who understood and encouraged me to pursue a career as a musician. I have a wonderful sister Anne-Marie who is also, to this day, my very best friend. It was through the influence of my grandmother that I first discovered music. She was a true music lover. Although she never had the chance to study music she had an instinct for it and introduced me with passion to the composers she loved. Berlioz and Poulenc were among her favorites.

How did you embark on your career as a musician?

My parents insisted that I get my baccalaureate, which I did in philosophy. But at the same time I already studied music at the Versailles Conservatory where I graduated in viola, music theory, and harmony. I also got a first prize in chamber music at the International Conservatory of Music in Paris in the class of renowned Hungarian violinist Gabriella Lengyel.

Later I met maestro Jean Fournet, the celebrated French conductor, who accepted me as a private student. Both Lengyel and Fournet are the two mentors who most profoundly shaped who I am as a musician. 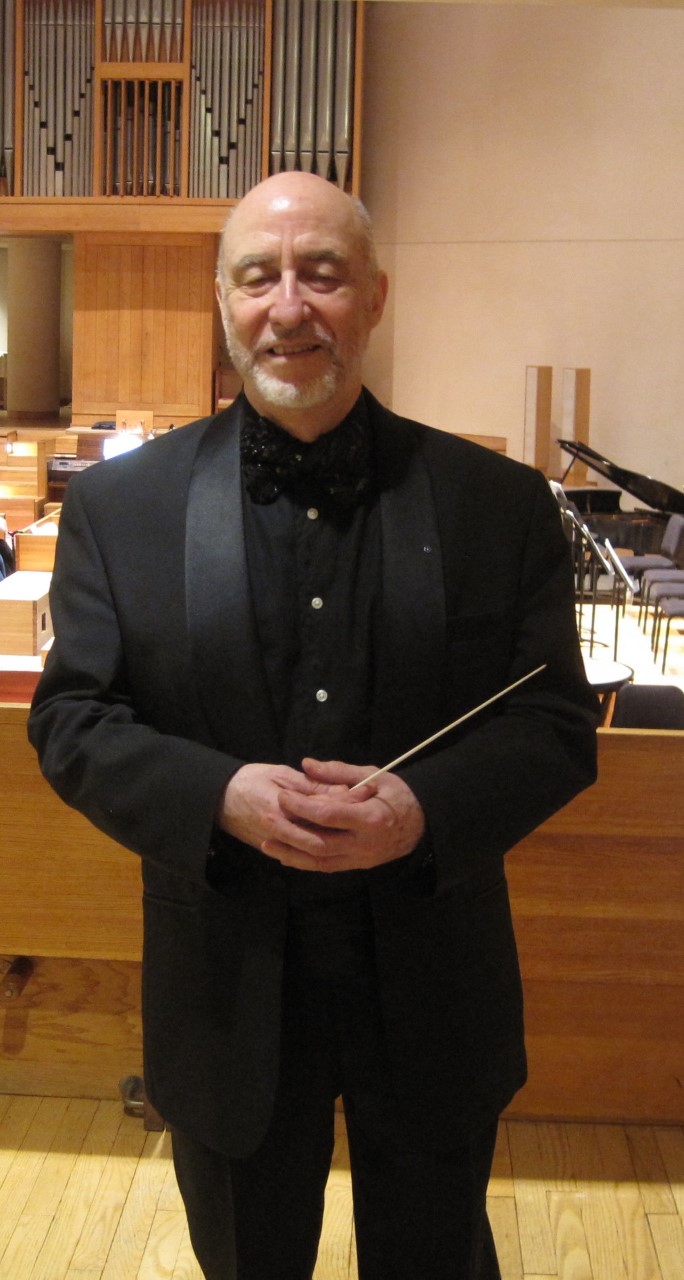 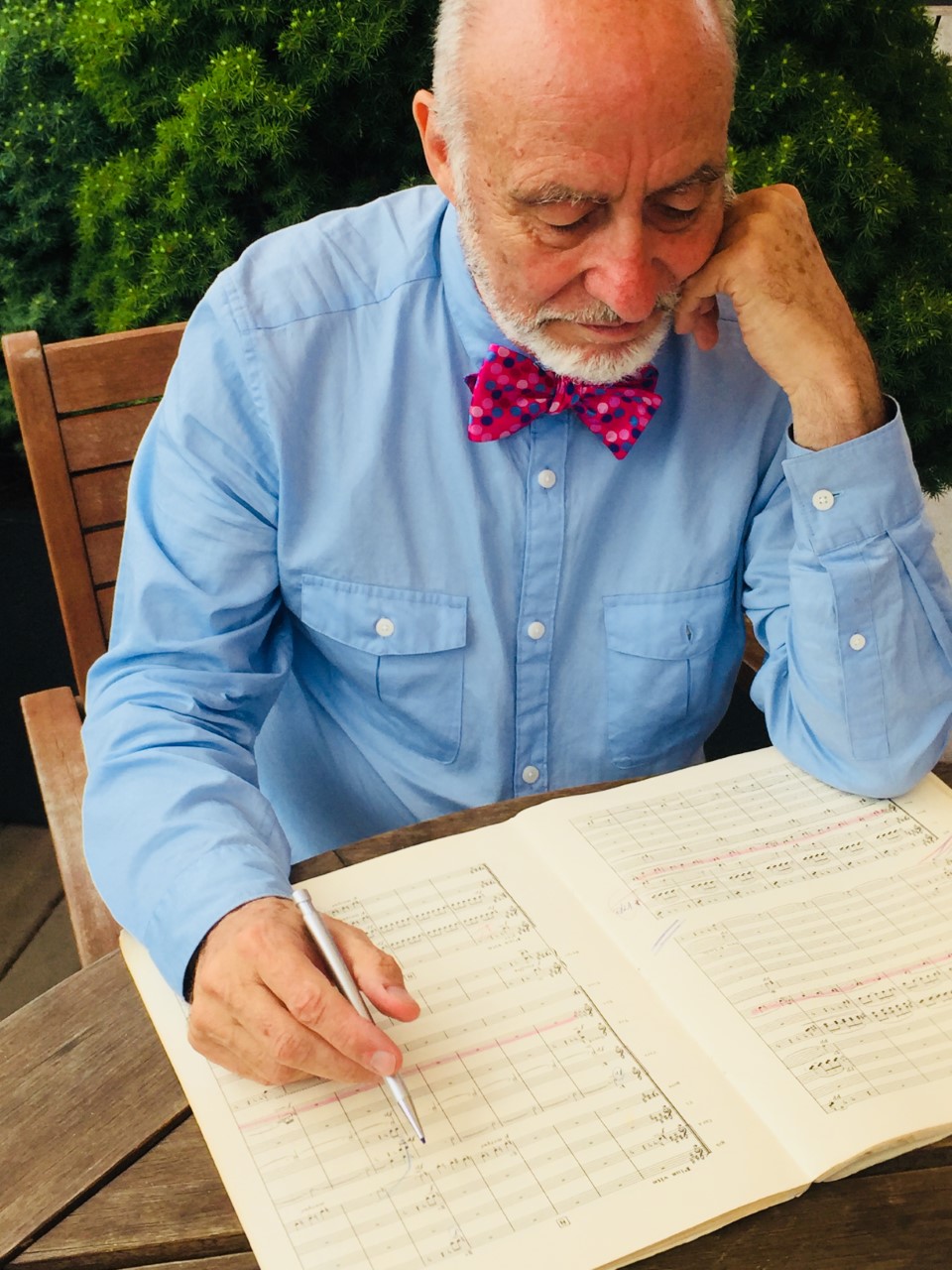 When and why did you move to NYC?

I moved to New York in 1988 for what was to be just one year but life decided otherwise. In 1990 I founded the French-American Conservatory of Music, located at Carnegie Hall. Unfortunately the school didn’t survive the 2008 stock market crash and closed its door two years later. By now, The Big Apple has been home to me for well over 30 years, and I now live in the Upper West Side in Manhattan.

I have been working as the artistic director of the Classical Saxophone Project (CSP), a nonprofit organization I co-founded with Javier Oviedo, a wonderful classical saxophonist from Texas. He is an accomplished chamber musician who has performed on some of the world’s most prestigious stages, including Carnegie Hall, Lincoln Center, Salle Cortot, and at The United Nations.

Our mission is to promote the classical repertoire of the saxophone. I was fortunate enough to conduct around the world, being invited from Central America to Russia, from Moldova to France. I also recorded 2 CDs: both Haydn concerti for cello with soloist Ariane Lallemand and The Classical Saxophone, a French Love story with soloist Javier Oviedo.

Unfortunately we are not related and the fact we bear the same name is pure coincidence. He belonged to a group named “Les Apaches”. Florent Schmitt has been described as “one of the most fascinating of France’s lesser-known classical composers”. I hope he finds the place he deserves among the most talented and innovative musicians of his generation. Javier Oviedo’s superb interpretation of “Legende” under my baton has been wildly praised and hopefully will help Florent Schmitt’s talent reach the fame he deserves.

What inspired you to develop the Music for Lebanon concert? In what ways will it help locals?

Last December, a few months after the Beirut blast, I met socially a young medical researcher who during the conversation mentioned how hard life was in Lebanon. For us French, the Lebanese people has always been very dear to our heart. I first thought about organizing a concert here in NYC, benefitting medical research, but realized it was not practical and a lot of very powerful foundations were already involved in this field.

Then Florence, a longtime friend who had lived in Lebanon for over five years, suggested that we as musician could fulfill our artistic mission as well as bring some financial relief to the musicians of Lebanon. What started as a simple idea, immediately turned into a huge project as so many people liked the concept and offered their help. It is very meaningful to perform at St. Joseph Church, which was also severely damaged in the 2020 blast and has since been painstakingly restored. A lot of concerts are played here. 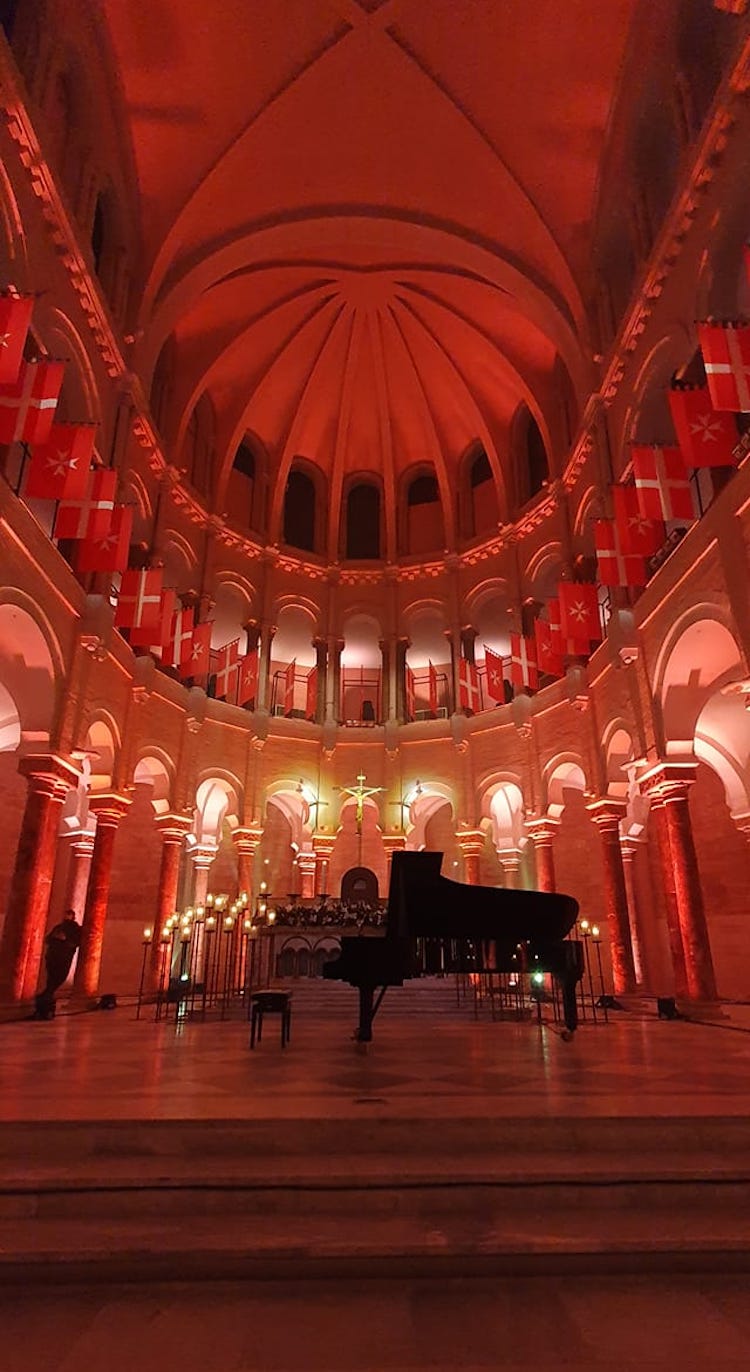 Who will be participating in this charity concert?

It will be a truly international collaboration between America and Lebanon: we will have the Lebanese Chamber Orchestra and 15 string players mostly from the Lebanese Philharmonic Orchestra. My CSP partner Javier Oviedo will perform, among others, Crux Fidelis, a concerto for saxophone and strings, commissioned by us from prominent Lebanese composer Naji Hakim. Lebanese violinist Mario Rahi will play the Concerto for violin in E Major by J.S. Bach. And finally, I will have the honor to conduct the orchestra.

We are also proud to partner with the Beirut-based ART IN MOTION organization on this project. And we hope that the concert on January 8 will be the first one in a long collaboration between CSP and the Lebanese musicians.

How can people who are not in Beirut that night enjoy the concert?

The concert will be videotaped and livestreamed. All info about the livestream will be posted on our website, and the video will be up on YouTube. The concert has already gotten national and international media coverage.

What else would you like us to know about yourself, your work, or this concert?

For more than 8 months now I have spent a tremendous amount of time on this project, and am happy to do so. It has allowed me to meet, often virtually, so many inspiring people who offered their help, advice, and encouragement. For this I am immensely grateful.

It is very simple to forget that even if our lives are not always what we hoped it would be, there are around the world so many people who have much less. I believe that we artists, especially musicians, have a huge opportunity to make a difference, even if small, in the lives of others. I say “especially musicians” because after all music is a universal language… no words, no political nor religious connotation. At 73 I am still amazed, wherever I have conducted, in many cases not speaking a word of the language of the instrumentalists of the orchestra, we all open our scores, we understand each other, and music flows.

“Music is the language of the spirit. It opens the secret of life, bringing peace, abolishing strife.”