When two of the region’s best theatre makers team up to honour Jean de La Fontaine’s 400th birthday, and invite two brilliant musicians to the stage, expect no less than a masterpiece!

After the lethargic standstill that was enforced on theatre artists for so long, their creativity has exploded as if it were an antidote to the general malaise of mind and body. And it is. This year, Clément Althaus and Gaële Boghossian have teamed up to dedicate a musical play to Jean de La Fontaine. It celebrates the famous French fabulist’s 400th birthday, but it also pays homage to life itself, taking a hard look at society- and church-imposed morality. Currently playing at Théâtre Anthéa in Antibes through Saturday, 18 December, seats are selling like hot cakes, so hurry…

The play takes us back to 1695 – to the end of La Fontaine’s life, and to the two women who accompany him during his last days. Stricken by illness, he suddenly worries about his salvation. As he urgently asks to be absolved of his sins, the Church sends him Sister Pouget, a conscientious young nun who does not intend to grant him forgiveness without a thorough examination of his soul. She gathers all the members of the French Academy and orders a general confession. Between fever and reality, savoury anecdotes give way to fables in a musical creation for harp, violin, keyboard, and harpsichord… 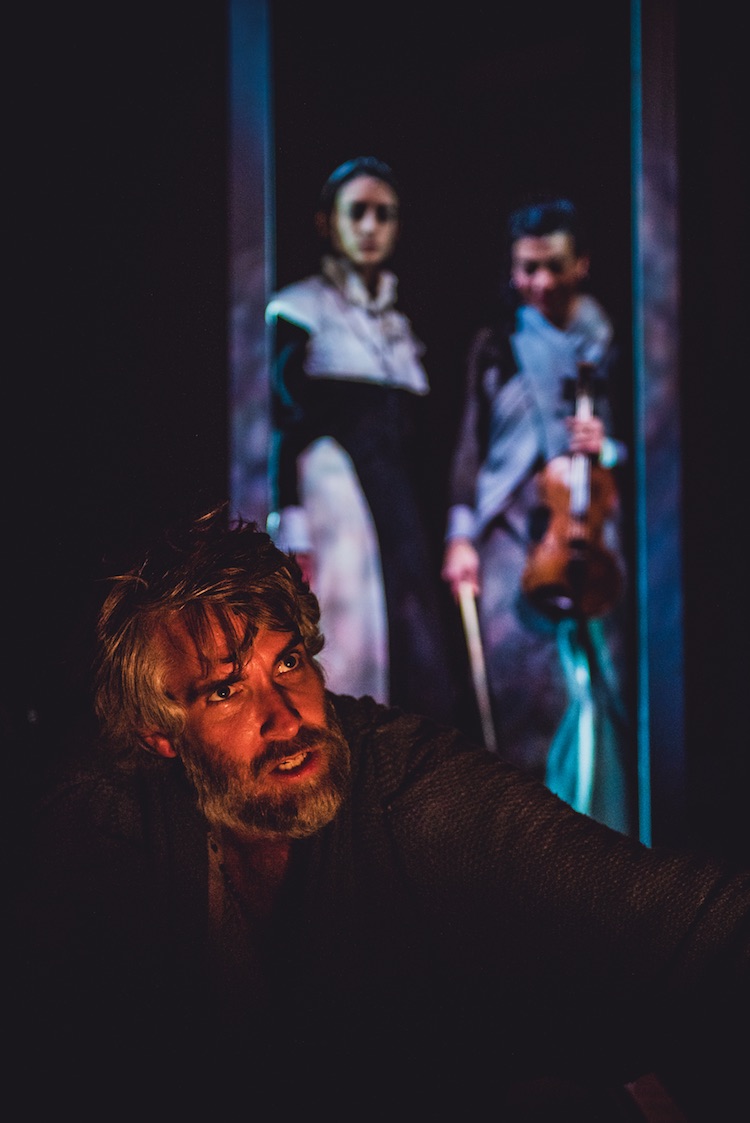 To understand what makes this play so unique, and to comprehend the central character well, let’s first look at La Fontaine’s life and work. He was born in 1621 at the tail end of the French Renaissance, and in an era that had its fair crop of enlightened writers. Less acerbic than Molière, less lyrical than Corneille and less analytic than Racine… he instead packaged the best qualities of all of three of his illustrious contemporaries into stories featuring animal protagonists.

While children easily grasp the pedagogic lessons playfully delivered by animal characters, these same tales also contain hidden hints and warnings for adults about the wrongdoings of leaders. The animals often take on dual personalities. In the fable “The Wolf and the Dog”, for instance, the wolf embodies freedom, whereas in “The Wolf and the Lamb”, he presents cruelty and abuse of power. These two sides of one and the same character are not contradictory but complementary.

Jean de La Fontaine, it turns out, was not the crude character that history paints him to be. And even less so was he an ordinary man. Somewhere between genius and madness, between empathy and debauchery, his life is a fable in itself, and we have yet to find the moral of his story. A situation, archetypical for him: One day, invited to lunch, he arrived well after the meal was already finished. When asked where he had been detained, he replied in all sincerity that he probably must have been at the funeral of an ant. 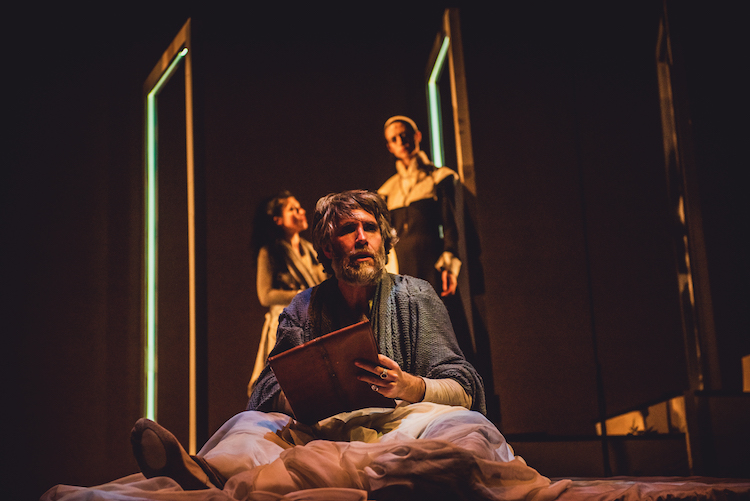 Of course Jean de La Fontaine’s life could be told as a scholarly biography, but would such a work really give an account of an existence entirely devoted to creative freedom and vacillating between laziness and hard work? Clément Althaus and his company StART 361° decided instead to turn La Fontaine into the hero of a fable himself, told in a style that is halfway between cabaret and musical.

Three performers, each of them a remarkable musician, actor and singer in their own right, share the stage in an extraordinarily precise performance, peppered with a good dose of humour. Clément Althaus, the uber-talented multidisciplinary musician and creator of this play, steps into the title role and does the protagonist more than justice. He is joined by two brilliantly gifted artists, Aliénor de Georges, and Claudia Musso, who both count among the finest French talent. Their combined artistry and musicality turns this play into an exquisite representation of the human condition. But under the delicate, yet piercingly intelligent, touch of Gaële Boghossian, the creative mastermind behind Collectif 8 and undoubtedly one of the premier contemporary French theatre directors – the play goes on to the next level where fiction, fable, and fate meet in a novel and utterly enchanting way. 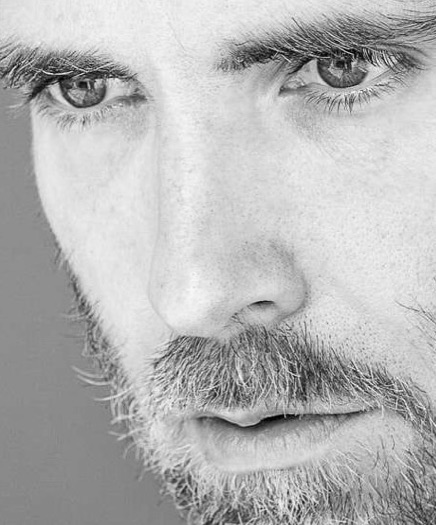 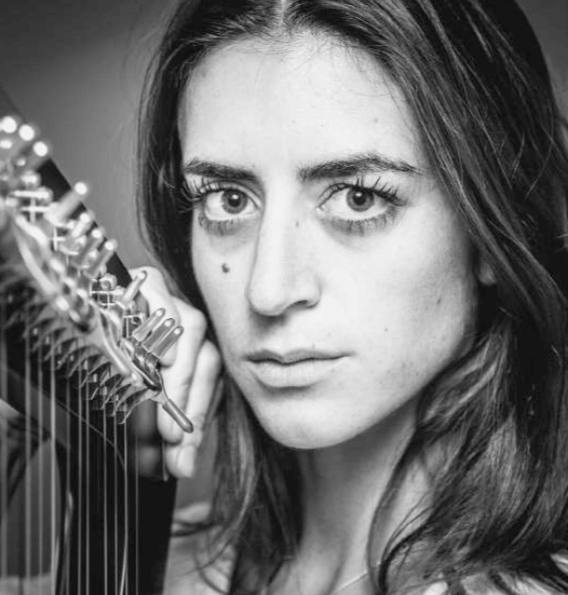 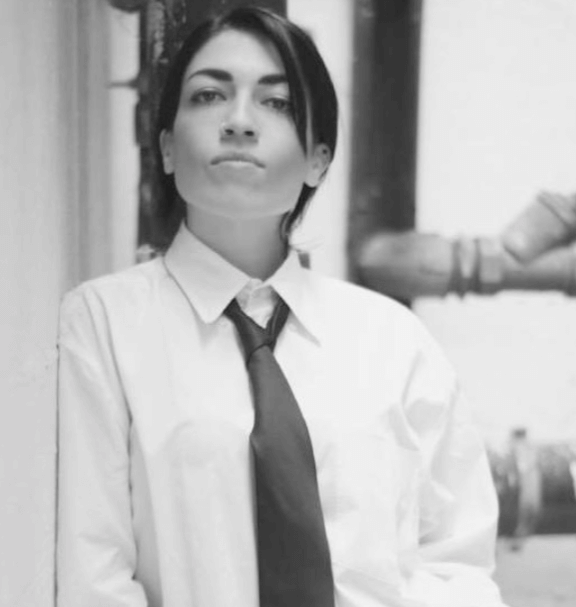 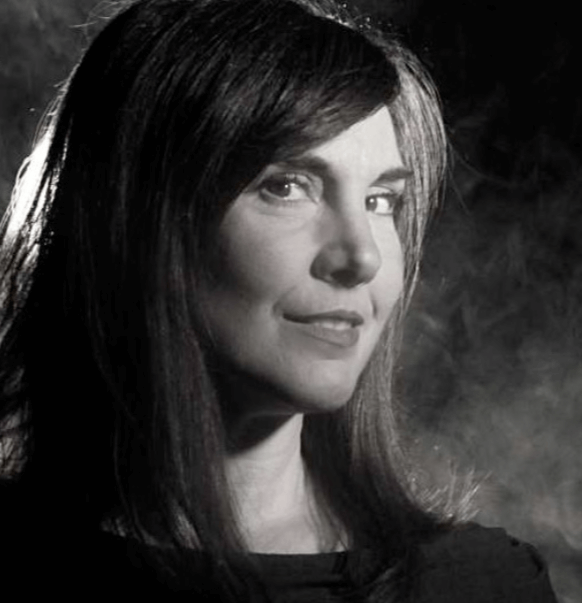 On the technical side, Olivier Blin and Samuèle Dumas’ lighting is as poignant as it is light-handed and elegant. Morgane Attento channels the multitude of songs performed live on stage into a dynamic yet sensitive sound landscape that always strikes the right note. Jean Baptiste Nallino’s scenography plunges you straight into the 17th century and smartly spans the time and places the play visits, and Gaële Boghossian and Sophie Visentin’s consciously reduced costume design is a statement in itself, adding another layer of immersion without distraction.

This is brilliant theatre at its absolutely finest, leaving no soul untouched. Coming away from this play, and taking your time to snap back into the 21st century, you think nothing can surpass this work of art. But then you got the likes of Althaus and Boghossian in this region, and you know that the next superb creation is only a matter of months away… 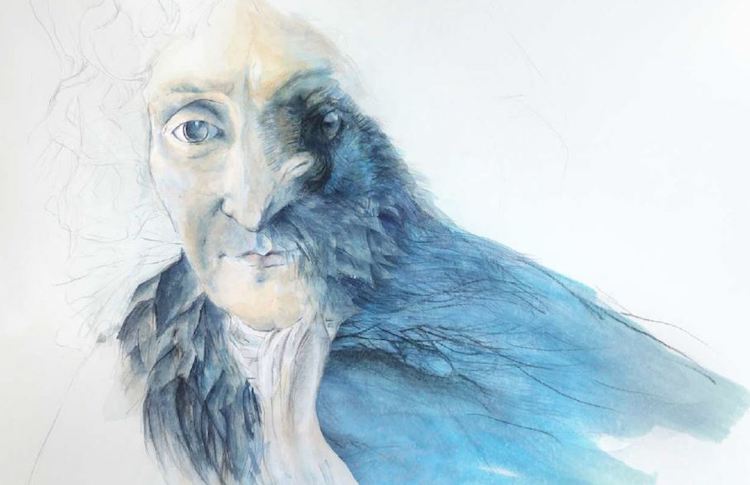 “The life of La Fontaine is a fable: between dream and reality, nuances and contradictions, laziness and hard work. In this bestiary where he embodies all the animals at once is an opportunity to meet his eyes, a gaze as free as water. Poetry is his music. The French language is his favourite instrument. He plays it like a virtuoso. How not succumb to the desire for a concert? To chant madly these verses buried in our collective memory. To get drunk with him. To drink the magical flow of his fables to the point of vertigo. A flight of harpsichord music in the intimacy of a salon. The muffled beat of a throbbing and contagious pulse. Voices, songs, confessions for a hallucinated requiem, a fugue in the service of the human comedy.”

All sanitary measures in force at the time of performance apply (sanitary pass/PCR test of less than 24 hours, masks…)