Back in America is a podcast exploring America’s culture, values, and identity.

The death of George Floyd, a black man killed by a Minneapolis police officer has triggered protests against police brutality, police racism, and lack of police accountability. Three days after Floyd’s death a group of artists painted a mural on the Cup Foods building at the corner where George Floyd was killed on May 25. 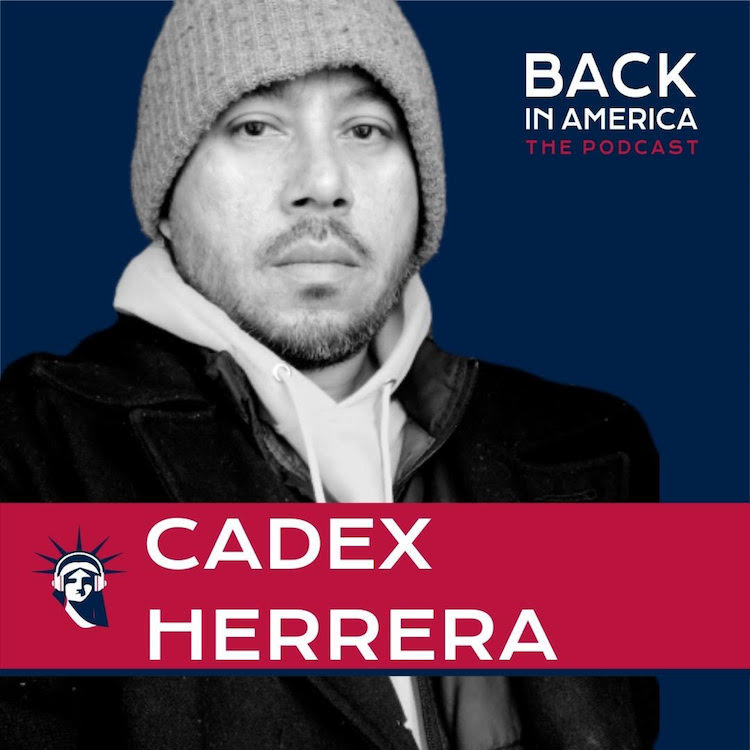 Most of us have seen an image of the mural since almost every American TV station live-streamed the George Floyd funeral whose backdrop was a digital version of this mural.

Inspired by this work, artists across the globe started producing similar tributes to George Floyd, and a digital database of such art has gathered a repository of 1,324 pieces of art so far.

In this episode, I speak with Cadex Herrera, a co-artist behind this iconic memorial mural of George Floyd. Cadex immigrated to the United States from Belize when he was 19. Today at 45, he works as an elementary school behavioral specialist and social justice art is his passion.

He recommended the following book and movies:

One Hundred Years of Solitude by Gabriel Garcia Marquez

All images courtesy Back in America podcast