The opening weekend of the 2013 Monte-Carlo Rolex Masters saw the world’s top two players indulge in a spot of mini-tennis.

Place du Casino in Monaco was the focal point for the start of the 107th Monte-Carlo Rolex Masters tournament, as Novak Djokovic and Andy Murray, the World Numbers 1 and 2 respectively, wooed the gathered crowds with their mini-tennis skills!

Interviewed before their exhibition, Djokovic was hopeful that his ankle injury, sustained last weekend in the Serbian Davis Cup tie with the USA, would not keep him out of the tournament. It certainly did not hinder his skills on the mini-tennis court!

This was followed by the official draw for the tournament being made in the Salle Blanche of the Casino de Monte-Carlo. Andy Murray has the tougher draw, with Rafael Nadal in his half. Juan Martin del Potro and Tomas Berdych, both in Djokovic’s half of the draw, will be secretly hoping that the Number 1 seed’s injury will prove too much for him, and force his withdrawal from the tournament.

Meanwhile, back in the Monte-Carlo Country Club, the qualifiers were well underway. 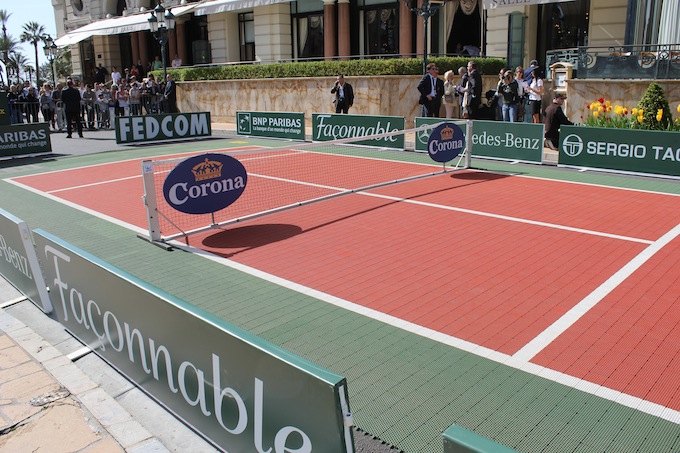 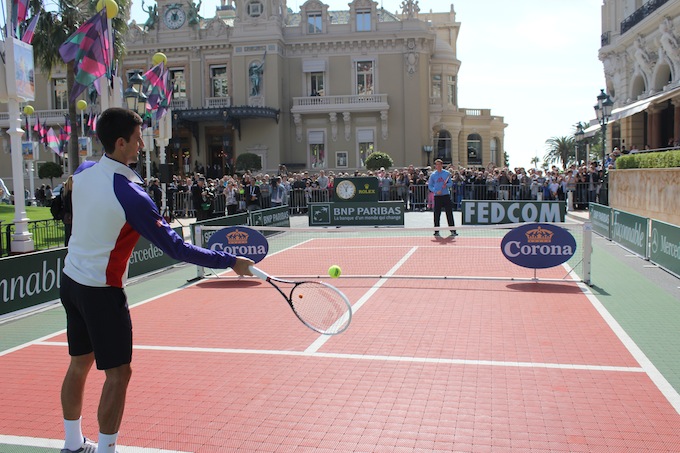 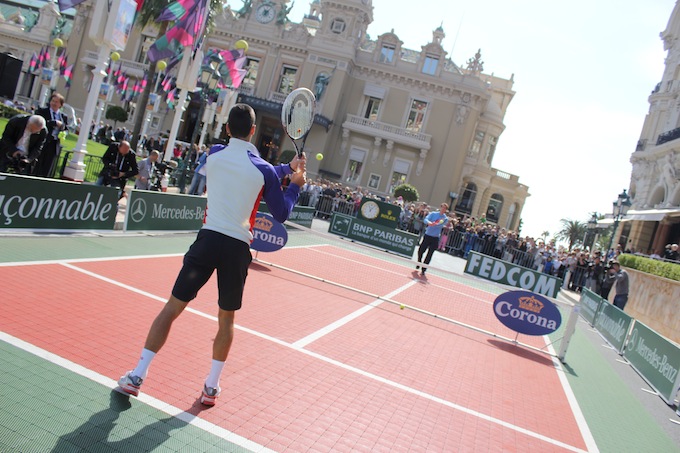 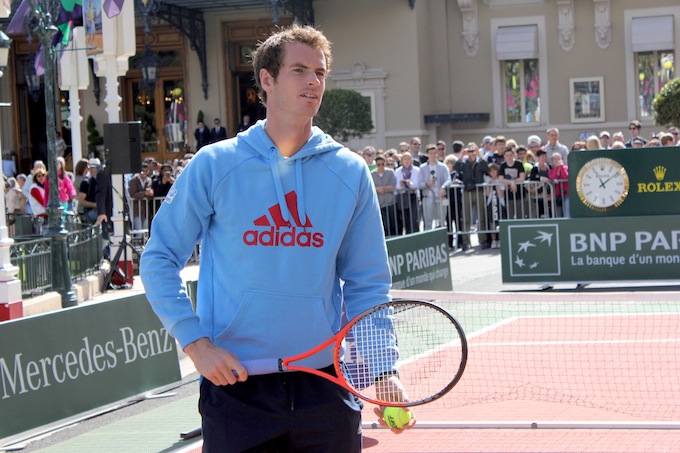 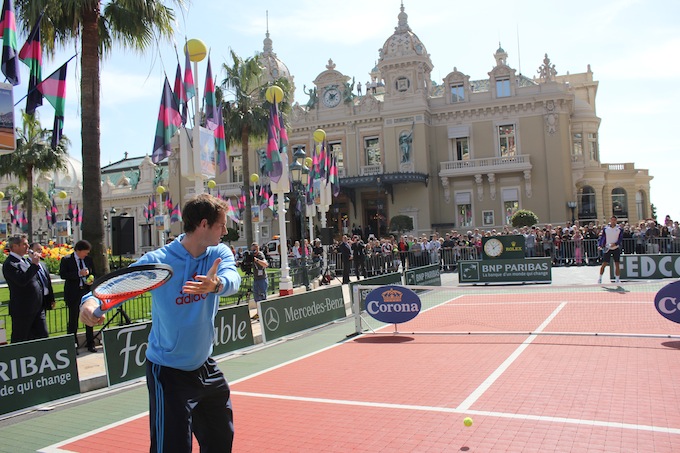 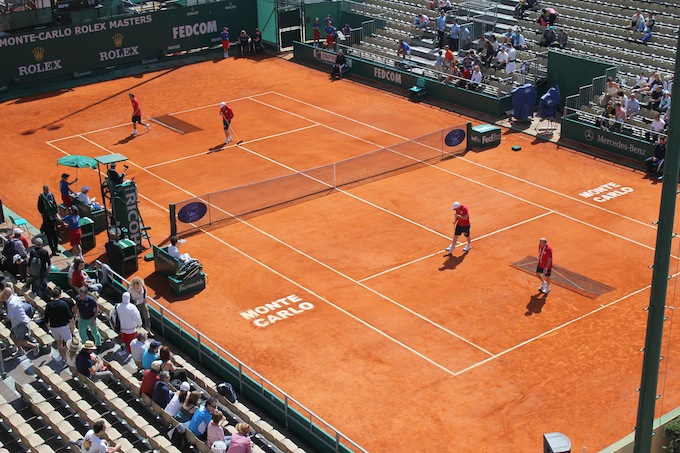 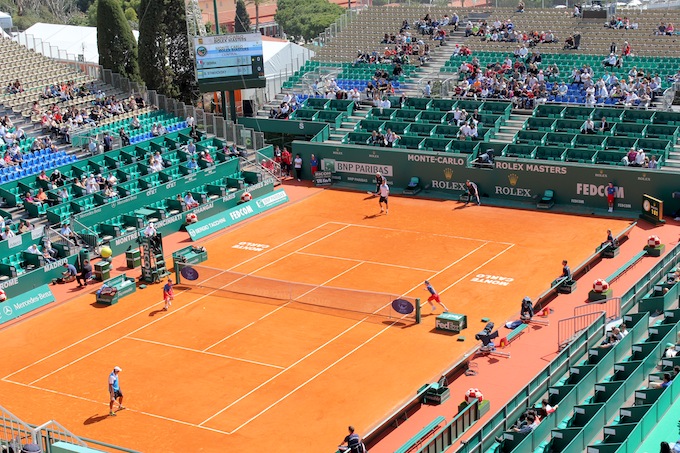