That the French Riviera with its ideal strategic location in the Western Mediterranean Sea has traditionally been an important centre for at least four millennia is nothing new. That the seabed is littered with shipwrecks is also a known fact. Divers frequently bring up artefacts from the depths. Yet, the recent recovery of 17 well-preserved amphorae from the waters just off of the Iles de Lérins in the Bay of Cannes, is as rare as it is exciting.

Société d’Archéologie Subaquatique’s team of shipwreck archaeologists, led by Anne Joncheray, has just completed the first phase of underwater excavations near the shores of Sainte Marguerite, the largest of the Lérins islands. Dating back to the third century BCE, these artefacts come from one of only four known wrecks in the area from that time, bearing witness of early trade relations between Italy and (then) Gaul.

The 2,300-year-old amphorae are exceptionally well-preserved and were likely used to transport Italian wine to the Greek trading posts of the Mediterranean, such as Marseille, Olbia, and of course the Nice/Cannes area, according to project leader Anne Joncheray, director of the Saint-Raphaël Museum of Archaeology. “Bringing these objects to the surface was not an easy task, as everything was entangled in a mixture of sand and organic matter, which also preserved them for more than two millennia”, she said.

No trace is left of the shipwreck itself that could provide more clues and evidence as to what led to its sinking, and the odd position of the amphorae leaves room for a number of interpretations. The vessel may have capsized in a storm, or vessel and cargo sank in different locations. However, at the time the Greek-controlled Mediterranean basin was far from peaceful, hotly disputed by various other civilizations, and packed with pirates. One of several scenarios could therefore also be that the amphorae had been thrown overboard, possibly when the ship was attacked and needed to get rid of ballast to ensure a rapid escape. 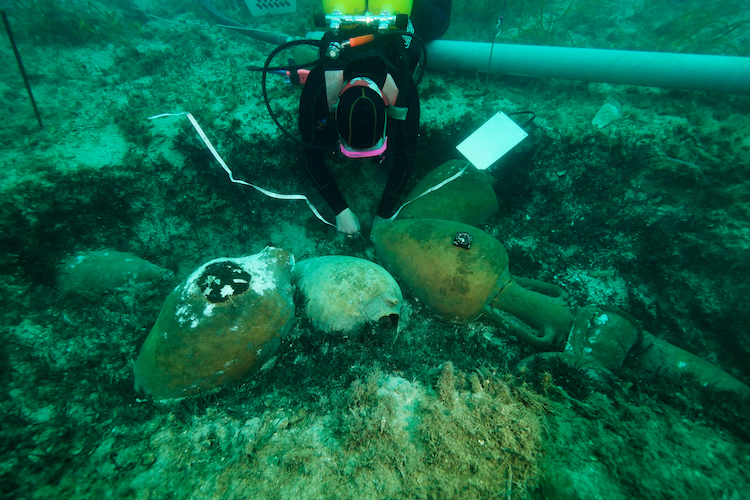 The team of archaeologists is working closely with the City of Cannes in an effort to conserve the artefacts, which belong to the State, and later display them in the municipal Musée de la Mer on Île Sainte Marguerite, where numerous other objects from underwater and terrestrial recoveries are already on permanent display. These include material from the wrecks of Tradelière (first century BCE) and Bataiguier (a 10th century Sarrazine wreck). Cannes also seeks to organize cultural classroom mediation sessions in order to raise children’s awareness of the ancient heritage of the Lérins islands. These activities will help children discover underwater archaeology, show them the artefacts discovered during excavations, and sensitize them to the importance of ancient remains for the knowledge and understanding of the history of the territory of Cannes and the Lérins Islands.

A second site will be worked soon to increase knowledge and understanding of this ancient wreck. Of the ten known wrecks in the Bay of Cannes, only four date to the third century BCE.

Overall, according to UNESCO estimates, there are three million shipwrecks on the bottom of the oceans worldwide. Modern ship traffic, aggressive fishing methods, and pollution pose a real threat to shipwrecks. Diligent site preservation, archaeologically responsible recovery, and expert artefact conservation are a priority – but sadly also a source of ongoing disputes between academia, governments, and commercial exploration firms. 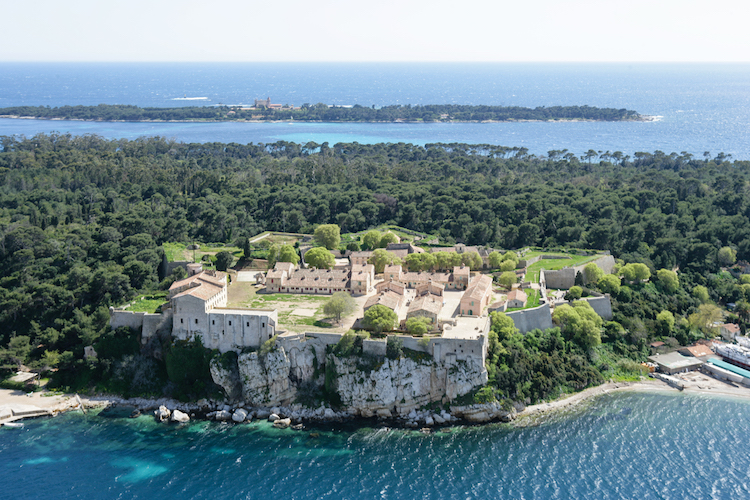