It’s yet another school break in France, and what better plan than to take your kids to the museum? They don’t dig museums, you say? Tell them it’s a dinosaur show!

When the Musée Ephémère Dinosaur show first toured France in 2018, it became an instant smash hit. Not long after, the sudden onset of the pandemic stopped its momentum. Now that things are back to a semblance of normalcy, the fascinating creatures are finally free to roam the land once again, and will shortly be stopping over on the French Riviera.

Four local dates in Nice (February 12 and 13), Le Cannet (February 19 and 20), Cagnes-sur-Mer (March 19 through 27), and Monaco (April 9 and 10) give you and your offspring plenty of opportunity to channel your inner paleontologists. (For readers elsewhere, the museum is touring France all throughout the year.) 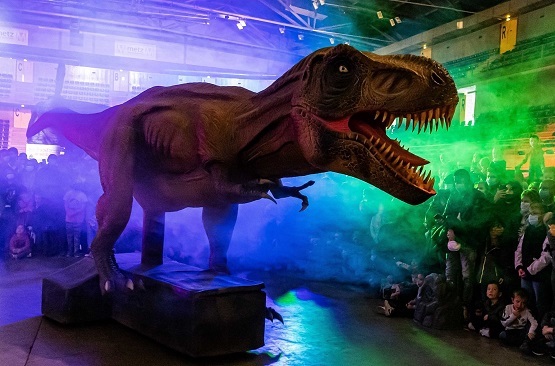 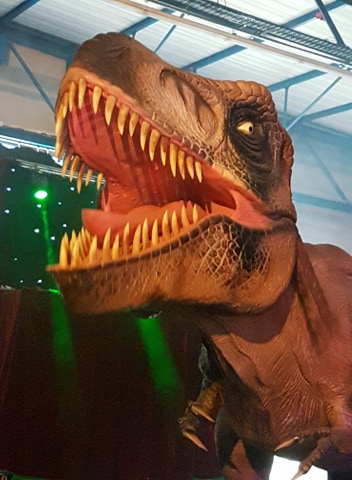 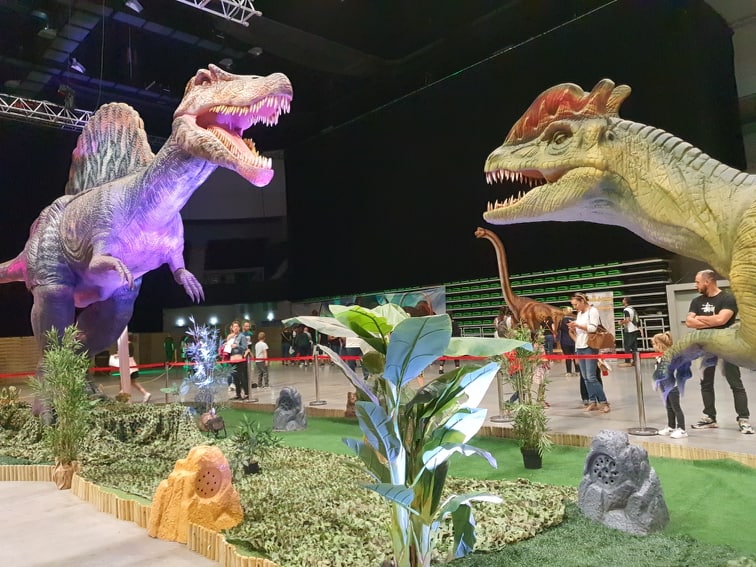 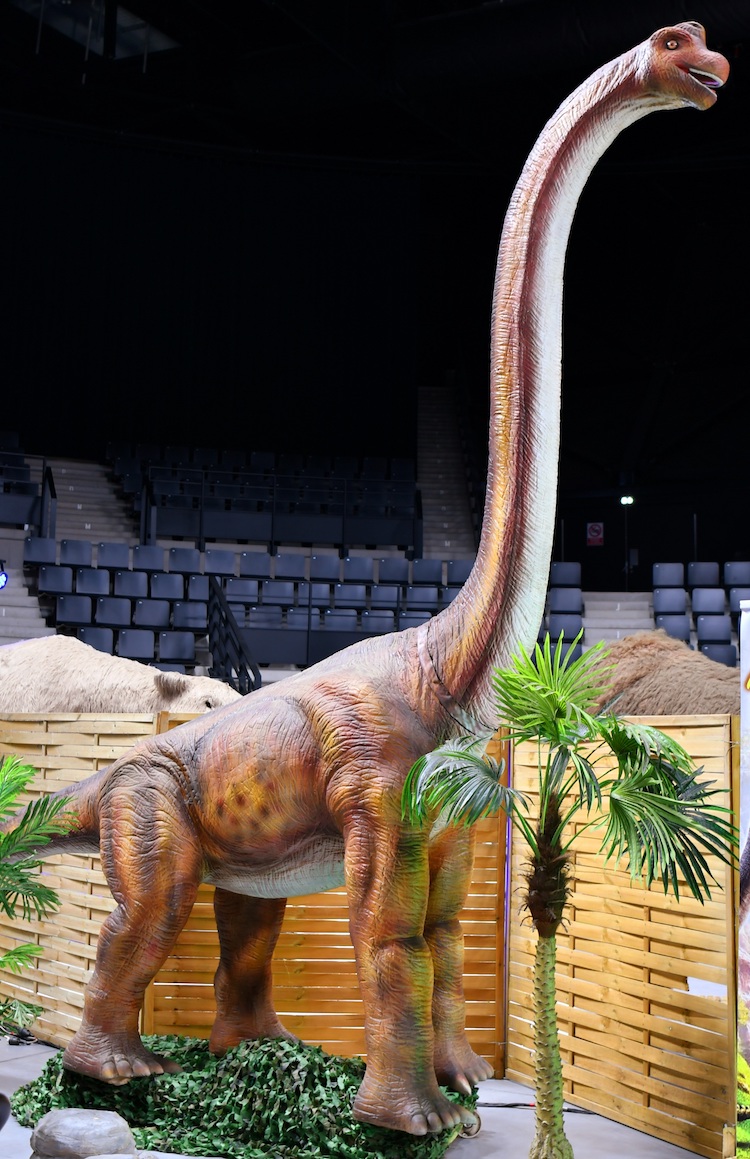 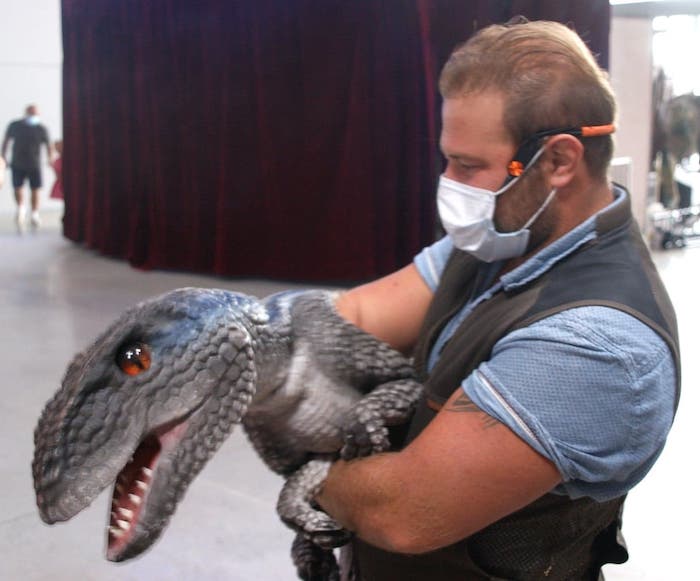 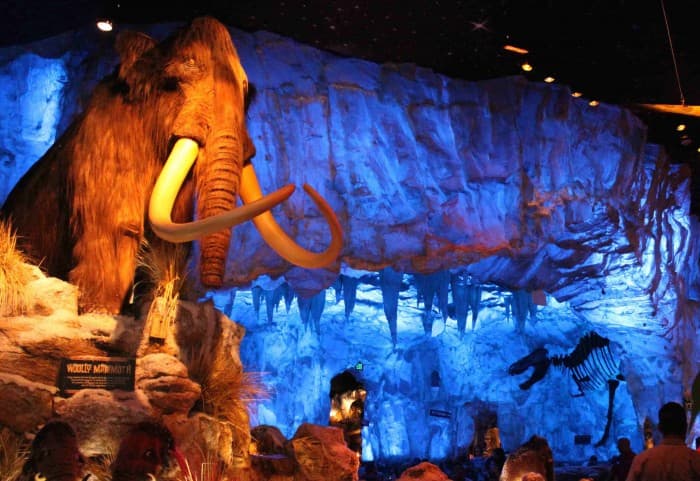 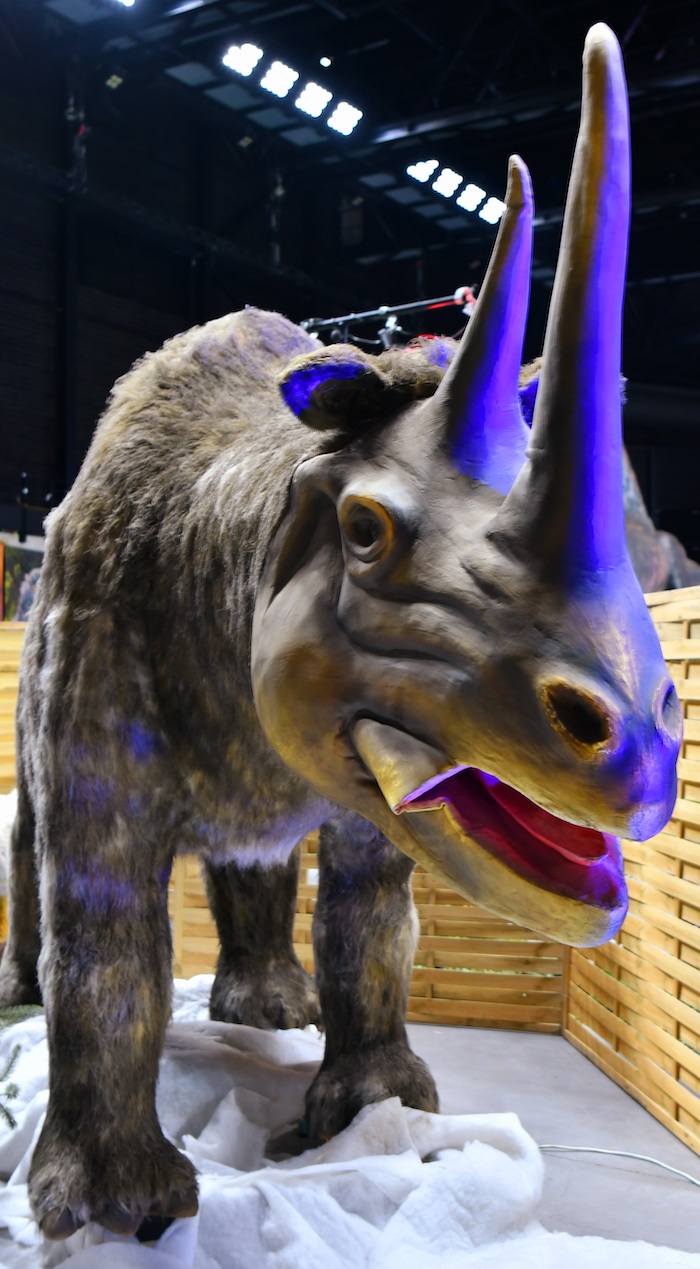 This exhibition plunges you in the universe of prehistoric creatures. The stars of the show are of course T. Rex, velociraptors, triceratops, brachiosaurs, stegosaurs, pteranodons, and other conspecifics. About 20 (mostly) life-size robotic and radio-controlled models are so realistic you almost feel their smelly breath on your skin – the giant animatronic spinosaur alone is a whopping 13 metres long and 5 metres tall!

But the Musée Ephémère is more than just an exhibition of dinosaurs: there is also a large collection of bones and skeletons, as well as the “Giants of the Ice Age” gallery, where Manny the Woolly Mammoth and Diego, the sabre-toothed tiger, hang out with the megatherium (giant ground sloth) and many other mammals from the Pleistocene era.

The expo is the brainchild of Ralph Falck, an eighth-generation member of the famous Falck circus family. Like most any other kid on earth, he grew up with a fascination for dinosaurs. One day, when visiting the Natural History Museum in Paris, and mesmerized by its prehistoric collections, the idea struck him to create a traveling exhibition on the theme.

“The public in smaller cities does not always have access to such museums, and the knowledge they teach”, he explains. “On the other hand, the success of films such as “Jurassic Park” or “Night at the Museum” has shown how much interest there is in this topic”. 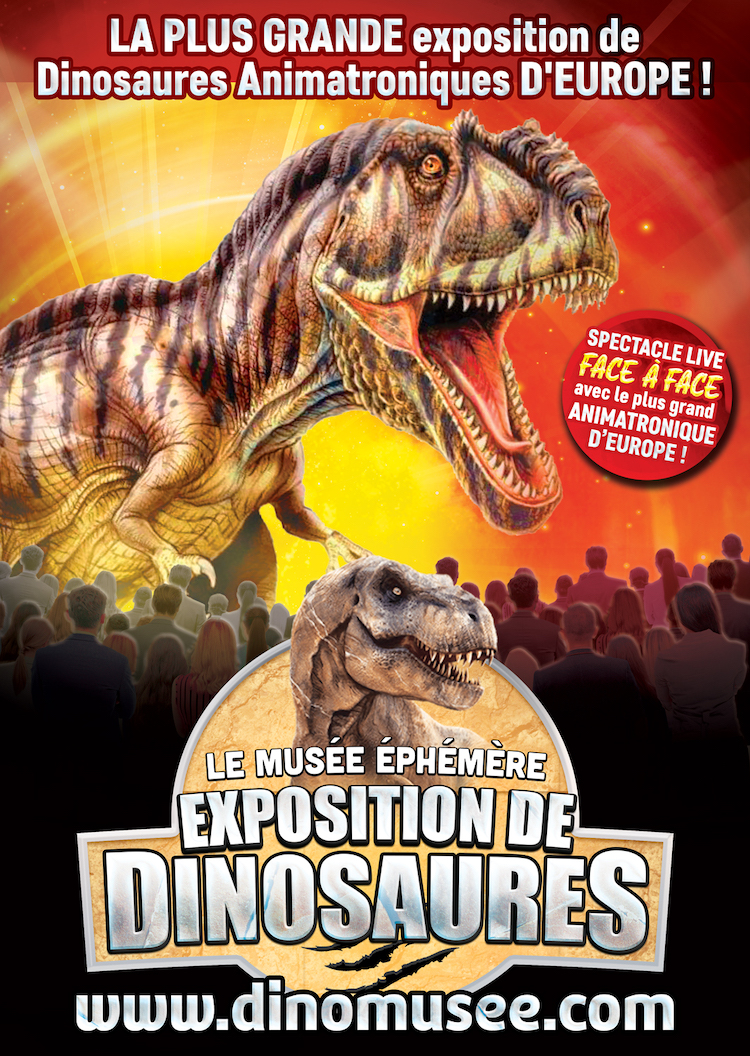 Working with graphic designers, model makers, film and visual effects professionals, and guided by a palaeontologist’s scientific advice, Ralph Falck and his family proceeded to create a “travelling museum”, featuring a large number of different animated dinosaurs, along with artefacts and educational animations. The show is well conceived and very professionally done, but purposely does not seek to be a traffic-stopping Vegas style all-out uber-event… rather it invites kids of all ages on an adventure, and en passant provides interesting historic information in a playful and pedagogic way. And in fact, this simplicity with a focus on the long-extinct main actors from the animal kingdom makes all its charm.

“I was a little reluctant to take my grandchildren to the Musée Ephémère, because I had been more than disappointed by another exhibition of the same kind….But here, I had nothing to complain about, and I am not a particularly “easy-to-please audience”. The models are numerous, animated, spectacular….The special effects are successful, we had the impression of a real trip back in time….This is far, far from the few dingy plastic bugs under an ugly tent of my last experience…”

Tickets for your town may be booked directly on the website. It is possible to buy tickets at the box office on the day of your visit but cash only, no credit cards or cheques! 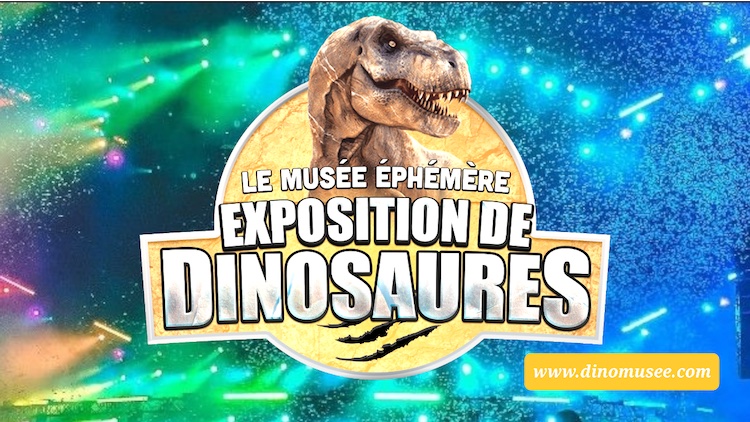