Thierry Surace, director of the popular Théâtre de la Cité in Nice, talks about the dramatic impact – in the short and long run – the lockdown has had on his and other private theatres

For theatres in France, the month of June is usually one of joyful exuberance. The current season is approaching its pinnacle, the new one is being announced. Needless to say that this year everything is very different. Uncertainty and trepidation has beset the world of the performing arts. While some theatres are fortunate enough to benefit from national or municipal financial support, the situation for private ones borders on desolation. But Thierry Surace, director of Théâtre de la Cité (Ticé), one of Nice’s most popular private theatres, refuses to give in to gloom and doom and rather looks at the bright side of life. We caught up with him in an exclusive interview.

Thierry Surace has been at the Ticé’s helm for over a decade now, and has directed its resident company Miranda since 1996. Like anyone in such a prominent position, he has his fans and his detractors. But everyone agrees that he is one of the most capable, intelligent, articulate, and socially sensitive artists-cum-theatre managers out there. This is why he has become something of the eminence grise among his national colleagues. With great empathy and a business sense to match, he has turned around the wobbling fate of the theatre he took over in 2009, making it a place not just of artistic savoir-faire but also of human inclusion. The Ticé’s swift and decisive action following the nasty racist incident in December 2018 provoked by a spectator halfway through Donel Jack’sman’s show clearly showed where its heart lies, even before hissing the flag for diversity became “a thing”. The Ticé has always been the one place in town that was reliably “diverse” regarding race, gender, or any other societal labels. And the public rewards this philosophy with unwavering loyalty.

The 2019/20 season was a special one for the Ticé, a 180 seat theatre in the heart of Nice. After many years of struggle – partly due to issues inherited from the previous management, partly due to existing in the shadow of much bigger, more prominent theatres like the Théâtre National de Nice or even Anthéa in Antibes, and partly due to legal impositions like having to do extensive retrofitting to accommodate physically handicapped visitors – it had at long last gotten to the point where its solid programme attracted enough of an audience to get past the break-even point, allowing it to contract formidable national and even international artists. Finally, at long last, the theatre was on a roll, and Compagnie Miranda’s annual piece, this time “Cyrano de Bergerac”, was a triumph. 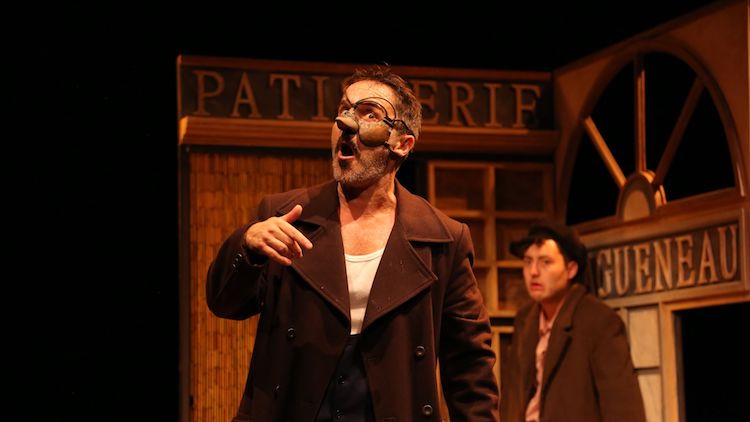 “We had a phenomenal programme for the 2019/20 season, and the best things were yet to come toward the end of the season when we – like the entire country – were brutally stopped in our tracks,” Thierry tells us. “60 to 70 contracts were lost just like that.” In addition to that, current classes were cancelled as well. This is not only a blow for the artists but for the theatre and its employees whose pay checks depend on those revenues. Some artists were willing to be rescheduled for the new season, but the uncertainty of what is yet to come remains.

To add to the existential worries on a day-to-day basis, the French government seemed to suddenly forget that theatres and actors needed money and support to exist and work, and its initial long silence, followed by numerous conflicting messages, created considerable confusion and upset. Programmers could not plan the new seasons, actors could not move forward with new shows, managers could not put the logistics in place to re-open… everyone was stuck in a vacuum. “There were a lot of competing emotions from trying to stay upbeat to being really angry,” Thierry remembers.

After almost three months of the entire country’s virtual standstill, French Prime Minister Edouard Philippe finally permitted the reopening of theatres and cinemas from June 2 on, provided strict health protection measures were taken, including observing the mandatory 1 metre distance, and wearing masks. While that makes sense from a health standpoint, it has severe implications for a theatre: not only does this mean an automatic loss of 50% of the ticket sales capacity – at full operating costs and with no meaningful subsidies from the municipal or national government – but that there are considerably fewer shows which, ad-hoc, fulfill the same sanitary requirements. One-man shows and stand-up comedies are obviously fine, and some music acts can be set up to adhere to the rules, but most plays are hard to re-adapt that way, all the more so as theatre actors rely on facial gestures and mimics that cannot be hidden behind a mask.

But despite its precarious financial situation, Ticé and its resident Compagnie Miranda decided not to reopen before September in order to be sure to guarantee public safety and regain the spirit of conviviality to which it is so deeply attached.

So how will Théâtre de la Cité get by financially, we want to know. “It’s true, we are hanging on by a thread. Just think: six months without revenue or sold shows, but also six months of continued expenses. Fortunately, many of our regular spectators have shown great solidarity. Some have written words of support, others have renounced the reimbursement of pre-purchased tickets and instead donated that money to us.” This does help a bit, and Thierry Surace is proud of his loyal audience. Such acts of generosity save his theatre as much as they send an encouraging message that people love their Ticé. But he also understands that “these are difficult time for everyone, and if someone needs to have their pre-paid ticket reimbursed, we will do so without judging anyone.”

Another, longer-term strategy is to try to find sponsors or investors, says Thierry, knowing full well how many of his peers will be vying for the same. In past years already, the region’s major theatres like the TNN or Anthéa in Antibes, relied on corporate and private patrons to help fill their coffers. He even goes a step further saying that he only wants to work with businesses that share his view of social justice and ecological balance, and he won’t compromise. “’Espoir ! Sale Espoir” (“Hope! Treacherous hope!”)’ he cites a famous line from Jean Anouilh’s adaption of Sophocles’ classic tragedy Antigone to express that even though things look bleak, he and the team around him still keep a positive outlook. 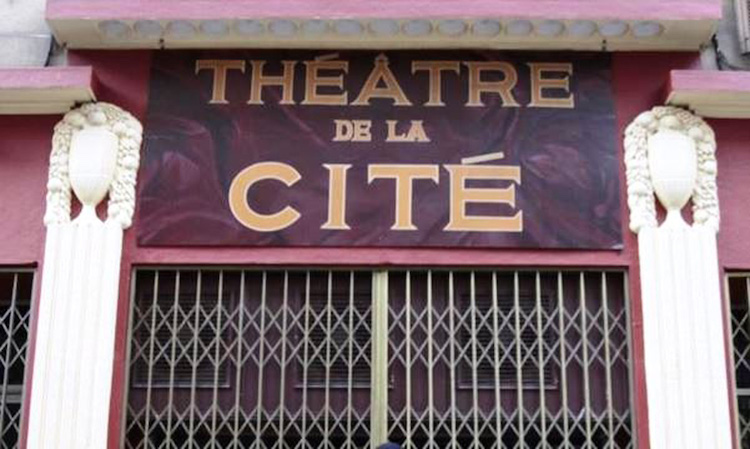 Society’s confidence may be shaken, it may have a hard time to decide whom to listen to – politicians, healthcare experts, business leaders – but Thierry firmly believes things will eventually bounce back. “People are social animals. They want to live, they want to take risks! And Nice is a city made for getting together,” he insists. And he also sees this crisis and its aftermath as an opportunity for theatre as an art to reinvent itself. “Artists now have a chance to think about fresh and more interesting ways and develop new ideas. And new, even better programmes will be what ultimately brings people back to the theatre. “Rebuilding will be the first big challenge to return to a world of culture. And for that, we will always need the audience,” Thierry Surace says.”We can always dream.”

The Théâtre de la Cité’s 2020/21 programme is currently being developed, and some of the artists who were scheduled for this spring, have committed to come back in the new season. Keep an eye on the Ticé website – buying tickets early is one great way of supporting hard-hit artists and cultural institutions. Another way is making a donation on the weezevent website, becoming a private or corporate sponsor, and of course by spreading the word if you’ve been a happy spectator in previous seasons.

As if Covid-19 hadn’t hit hard enough, Compagnie Miranda also suffered another tragedy with the unexpected passing on May 1, 2020, of Max Subercaze, one of the pillars of the Théâtre de la Cité for many years. RIVIERA BUZZ wishes to express its sympathies to Mr. Subercaze’s family and friends, and joins Thierry Surace in his homage to a great man, gone way too soon.