Australian artist Charles Billich will be presenting his Formula One™ inspired collection at the Princess Grace Dance Academy this May.

Charles Billich will be presenting his Formula One™ inspired collection during the 74th Monaco Grand Prix, from the 26th to 29th May, 2016. The exhibition takes place at the Princess Grace Dance Academy, and the collection is being brought over all the way from Sydney for the occasion.

Charles Billich has carefully crafted and created these unique works, a glamorously refined take on the frenetic, adrenalin-fuelled action that we have come to associate with Formula One™, masterfully adapted by the artist to suit his unique methods, producing a truly breathtaking result.

As Charles Billich explains, “After creating official artwork for the Melbourne Grand Prix, I continued to follow motorsport, but it is only a few years ago that I began to paint F1 episodes to pay the homage to this glorious sport, and, of course, to capture the grace and the dynamism of its vehicles. Monaco Grand Prix is unquestionably the most glamorous event in the Formula One™ calendar and I am very much looking forward to presenting my work in this spectacular environment.” 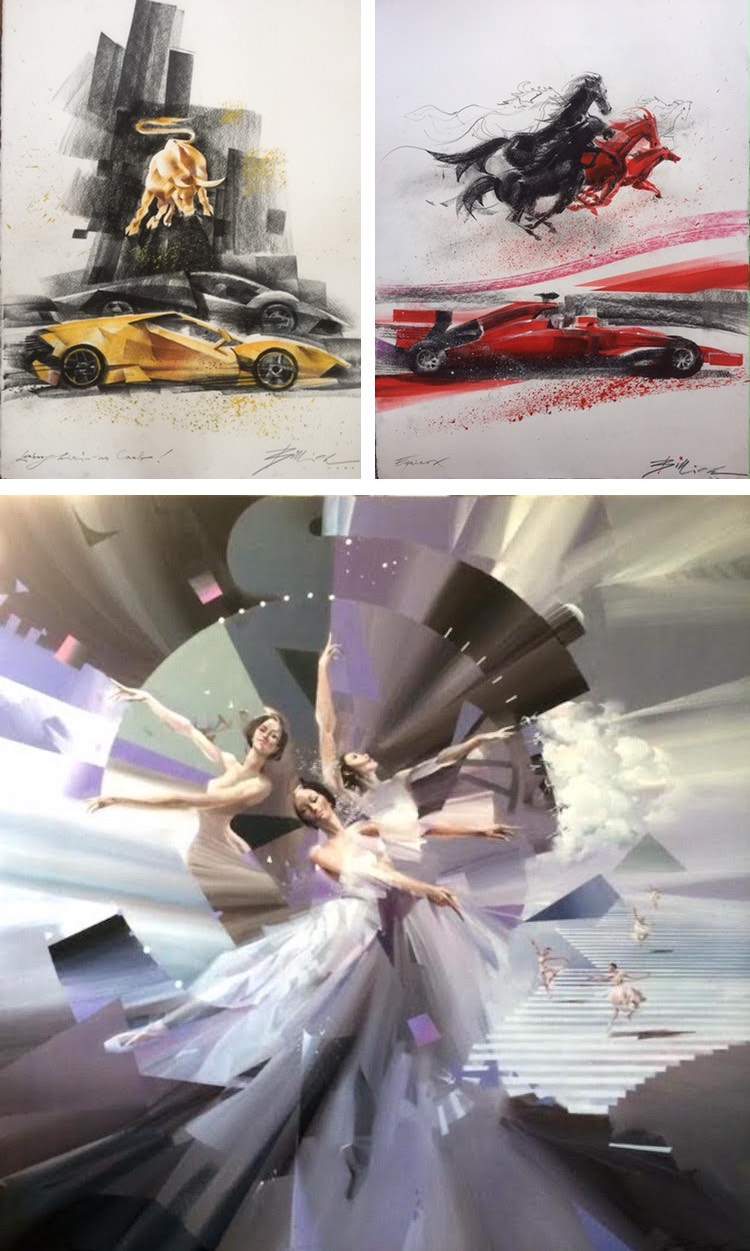 Charles Billich is one of Australia’s most prominent living painters. With a career spanning close on five decades, he has exhibited at some of the world’s best venues and has been an honoured guest as well as resident artist on many occasions throughout this time. He can boast an eclectic and ubiquitous following, with his artworks exhibited in locations as diverse as the Vatican Museum, the White House, the Olympic Museum in Lausanne, and the Red Cross Museum in Geneva.

His accolades and achievements are also worth noting. He was:

He also created the official image of the 2003 Rugby World Cup, received the Olympic Gold Order from the French Ministry of Sport for his contributions to the French Olympic Team, and was presented with the 2000 Sport Artist of the Year Award by the American Sport Art Museum and Archives.

The Charles Billich Art Exhibition takes place from the 26th to 29th May, 2016, at the Princess Grace Dance Academy in Monaco.