No less than three stunning temporary exhibits are currently on display at the Museé des Arts Asiatiques.

The Niçois Asian Arts museum has a bit of a problem. Sandwiched between an ensemble of office buildings across from the airport in a part of town that locals rarely venture to and never linger in, and – despite its prestigious Promenade des Anglais address – tucked away a good distance from the main drag, it is easily overlooked. But what it lacks in physical visibility, it makes up in quality. The well-curated permanent exhibit is complemented by frequently changing temporary displays presenting particular aspects of the culture of the entire Asian continent.

In fact, the museum’s architecture alone is a work of art, transporting you to Asia as soon as you step through the entrance. Nestled into the heart of Phoenix park amongst the many fragrances and lush vegetation, Japanese star architect Kenzo Tange built the museum over the lake in the park, creating the illusion it is floating on the water. Bridging East and West, the plan of the museum is based on two fundamental and traditional Japanese geometric shapes: the square, symbol of the earth, and the circle, symbol of heaven. The airy, light-flooded structure seeks to bring out the essence and purity of Asian art.

The museum is worth a visit year round, but especially right now as it features three complementary exhibits well worth the trek to the Western outskirts of Nice.

The largest and most prominent of the three temporary displays exhibit features the fascinating world of the Samurai, the former Japanese military cast whose members pledged their lives to bushido, a strict code built on the eight pillars of justice, courage, mercy, politeness, honesty, honor, loyalty and self-control. Its character-building moral guidelines have become a symbol of Japanese history. Following a long peaceful period which began in the 17th century, the former warrior class gradually transformed into an intellectual elite. While continuing to practice martial arts, they increasingly started engaging in more refined activities, juxtaposing the art of war with the elegance of calligraphy, poetry, literature, and tea and incense ceremonies which to this day form an integral part of Japanese culture. On display are over 250 artifacts from private and institutional collections, including armors, helmets, masks, weapons, and other items associated with the sophisticated Samurai culture and lifestyle. 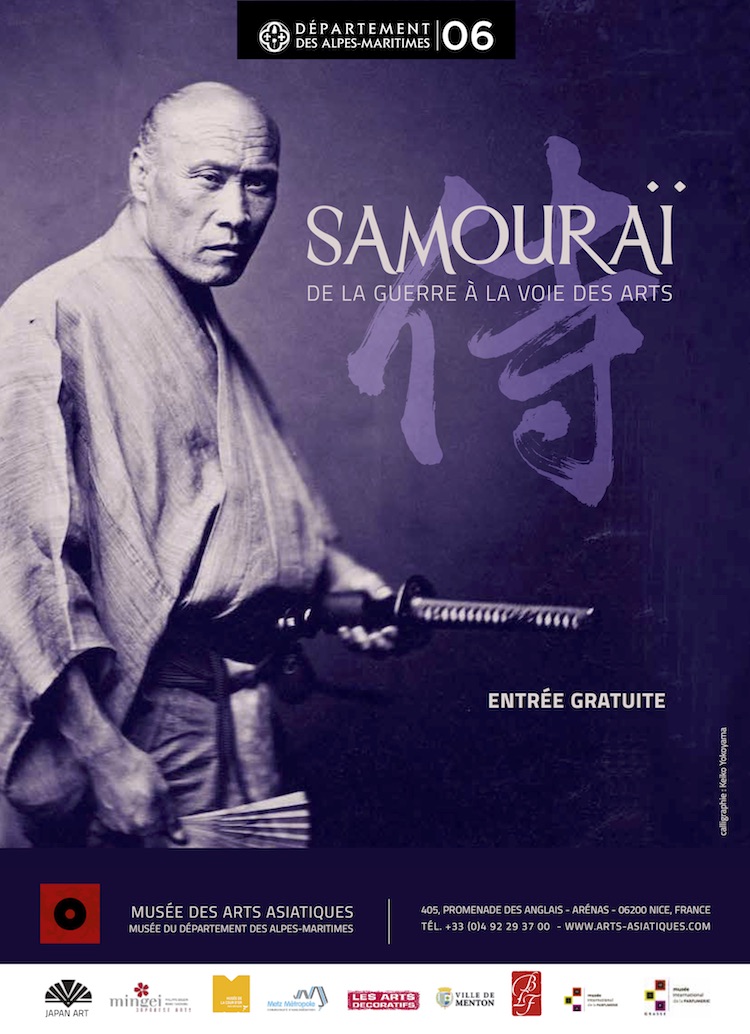 Chinese water colour artist Chen Jian’s style defies description. Neither realist nor expressionist, his technique is based on oil painting. He has a unique ability to capture moods and atmospheres rather than a vista… that very moment when a sight in front of a viewer’s eyes ceases to exist, dissolving into infinity bathed in light. Enamoured with the sea, Chen Jian renders the movement of waves like no other. He also loves nature. The natural environments found in his home province of Shandong, from the terraced rice fields to desert landscapes or reeds in a pond are motives that inspire him. Through the stroke of his brush, a simple landscape can be the vector of emotions and a state of mind, emphasizing the interpretation of shapes and colours. Scenery thus becomes a spiritual space, a dreamy, poetic mood with an understated elegance… the secret world that the title of his exhibition evokes.

Olivier Robert, Statues and Sacred Sites of Japan – through May 28 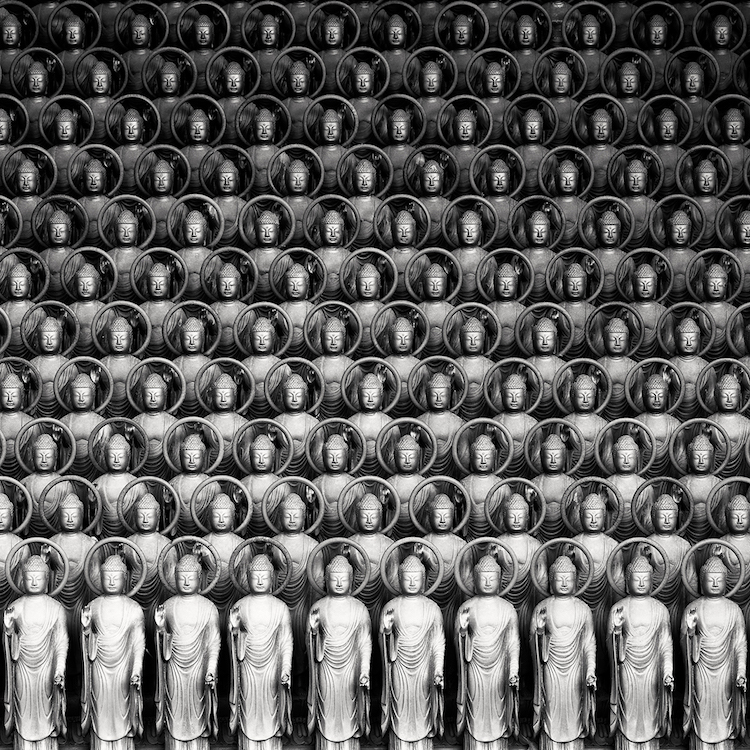 An exceptionally talented photographer, Olivier Robert shows us the most sacred sites of 47 Japanese provinces, observed over the course of ten years. The two-part exhibit focuses on the influence of man on nature, particularly around the Shinto religion. The second one is dedicated to the depiction of the Buddha, featuring some rare photographic treasures of statues and shrines usually hidden from the public eye. A mysterious atmosphere, emphasized by the Belgium-born artist’s nuanced and minimalist black and white photography, takes the onlooker on a journey not only to sacred sites but also the sacred within oneself.

All throughout the year, there are ongoing exhibits and events serving as an introduction to the richness of Asian cultures. With its quality programme, this museum deserves a greater place in the spotlight. Charles Ange Ginésy, president of the département Alpes-Maritime summed it up best when he said that this museum pays tribute to the admirable Asian capacity to create beauty. It certainly is a source not only of beauty but of elegance and tranquillity in an ever more hectic world.

Lead image by Jean-Pierre Dalbéra on flickr, licenced under CC BY 2.0; all other images courtesy Museé des Arts Asiatiques; photograph of Japanese statues by Olivier Robert