The venerable Théâtre National de Nice is celebrating a milestone birthday this year. Reason to pause and reflect on its turbulent history.

Talk to any Niçois about the Théâtre National de Nice – the city’s cultural pride and joy – and you’ll meet with wildly divergent opinions. Everyone has their own definition, defended with great conviction. But a closer look reveals the three major stepping stones that overall make the love-it-or-hate-reputation of this House. Three personalities and style that could not be more different…

The older generation feels still greatly nostalgic about the theatre’s humble beginnings as a drama centre from its inception in 1969, and the years through the legendary Weber era.

The theatre’s first three directors Gabriel Monnet, Jean-Pierre Bisson and Jean-Louis Thamin were all dedicated purveyors of classic French authors, and – in an effort to establish its identity – renamed the theatre to reflect their relevant vision. The theatre was a place mostly to nurture young local talent.

This era peaked with actor-director Jacques Weber’s 16 year tenure from 1986 to 2002. His entire artistic raison d’être revolved around Cyrano de Bergerac, and his work earned the House the prestigious distinction of National Theatre. Weber had that magical touch that made theatre a popular affair, and he united people on either side of the curtain like no other. It was also during that time that the theatre moved to its current location, the octangular marble palace on the fringe of Old Town Nice.

Bourgeoisie and establishment still pine for the 12 year Daniel Benoin era, along with his love for big name authors and actors. His Rolodex and connections brought the crème de la crème of French stage acting to Nice, sprinkling some Parisian star dust on the not-quite-so-posh-yet city. Benoin also mentored one of France’s leading and most innovative theatre companies, Collectif 8, by now a top reference in the national catalogue.

The Powers that Be in Nice would have dearly loved to keep the successful theatre manager at the helm of the TNN. But Paris insisted that new blood was needed after 12 years, which resulted in a headlock between mayor Estrosi and then-Minister of Culture Aurélie Filipetti. Luckily Benoin had a Plan B in place – building and then directing the 2,000+ seat anthéa theatre in Antibes, a stone’s throw from Nice. Upon departure he swiped a good portion of his faithful Niçois followers and has been beating record after record since. Certainly a dent in the TNN’s armour… 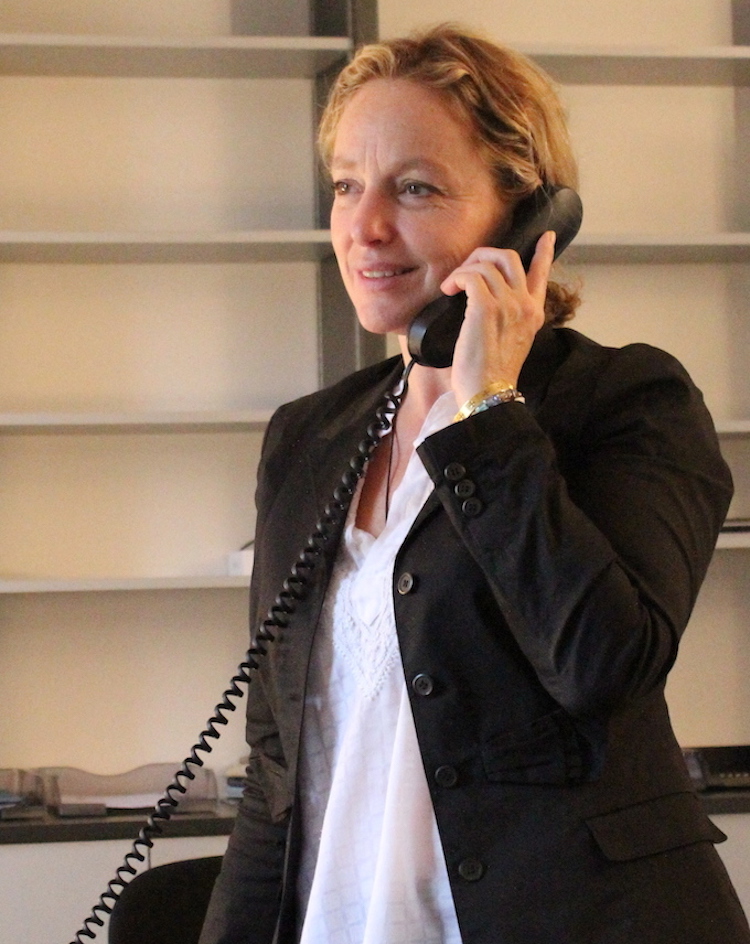 With many of the Niçois “têtes grises” gone to Antibes, incoming director Irina Brook – the first woman to direct the theatre – quickly realized that there was room for a younger, hipper, and quirkier crowd, one that would normally never set foot inside a theatre, and made it her mission to pull them in. With her free-spirited eco-rocker-chick style she shook Nice to the core, introducing the French to Shakespeare and turning the TNN into a gently liberal-feminist hippie temple that threw the doors wide open to anyone from families to hip-hoppers, professional footballers, and people with a social conscience.

Her theatre was a fun place for all, not reserved for monocultural intellectuals or the blingbling elite, but her style was perhaps a bit too progressive and extravagant for Nice, and she wanted to make things happen faster than this slow-rolling town could handle. Meeting with a lot of resistance, Irina Brook shortened her tenure by one year, setting sails for other shores.

Cue Muriel Mayette-Holtz, the new director. The former Comédie Française administrator certainly arrives with a pristine CV and stellar credentials, and proclaims to continue to keep the doors open for all… just maybe a bit less “eco-warrior” and a tad more “Mediterranean-neighbours-friendly”. But she wasn’t nominated until August, and by the time she arrived in November, the 2019/20 season was buckled, not giving her a chance to put her thumb print on the current programme. But that suits her just fine, she wants to be an observer first before assuming the full weight of her role.

This season is therefore a joint product by acting director Thierry Tordjman and secretary-general Ella Perrier, and it is a tricky one, requiring a balancing act between not scaring away Brook fans and re-attracting those who were anything but. Add to that the financial strains that most every cultural institution in France suffers from due to budget slashes from the top, and you can imagine just how hard it must have been to put together a programme that can rival that of its neighbour anthéa with its seemingly bottomless pockets and Parisian sex appeal.

But if you look closely, you can detect a return to the theatre’s 1969 origins, following the leitmotiv of its first director Gabriel Monnet… and even its 50 year old graphic identity has been dusted off and remastered.

Our efforts and hopes do not call an audience of customers and onlookers, but an audience of witnesses, I mean an audience of free men and women, more alive than learned, capable of surpassing tastes and learned judgments, to engage, when necessary, in the direct experience of the work born before their eyes. — Gabriel Monnet

Less provocative than in recent years, this season’s 45 shows are still multidisciplinary, with a strong emphasis on text theatre, music, dance, new circus and puppet theatre. A new partnership with the Nice Jazz Festival brings a note of swing. Three evenings are dedicated to poetry. And young local and international creators get their chance as well. Some of the names, like Samuel Chariéras or Dan Jemmett, will ring a bell from previous seasons. Plays by great authors of the classical and contemporary repertoire from Ovid, Lewis Carroll, Molière, Montaigne, Voltaire, Proust, Rabelais, Shakespeare, Marivaux, to Norén speak to the intellectual crowd, and children (and their families) have a rich choice between circus, puppet theatre, and age-adapted plays.

Gone, sadly, are Irina Brook’s magnificent Eclaireurs who poured heart, soul, and gusto into making Shakespeare palatable in the land of Molière. But one of the TNN’s key missions remains the support of artists in their creations, and to help their projects, financially, technically or administratively by offering them a space to work and the human and logistical support necessary for their creation.

“For this season, we have chosen to follow several talented young creators from the region and elsewhere, whose work and project deserve special attention. You will discover artists with many facets: actors, directors, adapters and/or authors. It seems essential to us to present you their work, to associate you with this risk inherent to creation in the performing arts – most of these shows are not yet created – and we bet that you will be as curious as ourselves to discover them. What connects these four young artists is probably the same commitment, the same ardour, the same passion: to take a look at the world and themselves through the lens of theatre and to question the failings of humanity.” — Editorial TNN, 2019/20 season

As the TNN blows out 50 candles on its birthday cake, a look back shows just how far the third largest House in France has come over, and how proud Nice can be of its main stage at the crossroads of tradition and modernity. RIVIERA BUZZ bids a warm welcome to incoming director Muriel Mayette-Holtz and would like to wish her, the Théâtre National de Nice, and all those who make it go round and round, much continued success.