Aborigine and Contemporary Art from the Southern Pacific is front and centre this year at the Musée Océanographique in Monaco.

When the Musée Océanographique mounts a feature exhibit, it comes with a guarantee stamp of quality. This year’s showcase, Taba Naba – Australia, Oceania, Arts of the Sea People – is no exception. Understanding itself as a dialogue between the arts and environmental science, and skillfully blended into the permanent exhibit, this unique collection of aboriginal and modern Oceanic artistic expression presents a well-rounded insight around the theme of oceans and water from different angles.

“During my travels I have discovered Aboriginal and Oceanic art; genuine sacred pathways through myths and dreams and the harsh reality of humanity’s tenuous link with nature. The Oceanographic Museum wanted to celebrate this imaginative and colourful art with an exhibition entitled ‘Taba Naba’, the title of a traditional Torres Strait Islander children’s song recounting the relationship between a child and the sea. The Museum is thus inviting us on a voyage of discovery,” so the exhibit’s patron, H.S.H. Prince Albert II of Monaco, perfectly summarizing the concept behind the collection.

Jointly created and curated in collaboration with the Musée des Confluences in Lyon, the exhibit blends playful and pedagogic elements in three complementary sections, each bearing the signature of a prominent partner:

Australia: Defending the Oceans at the Heart of Aboriginal and Torres Strait Island Art by Stéphane Jacob, Director of the Australian Arts Gallery in Paris

The first part of the exhibition showcases six monumental installations designed by fifty major Aboriginal and Torres Strait Islander artists whose work serves as a clarion call against pollution of the oceans. Their take on these environmental issues is the opposite of bleak, however, as the artists have chosen a humorous and sensitive treatment their opening section has been created as a colourful fantasy in storytelling. The work displayed both inside and outside the Museum propels us on an Alice-like journey into a poetic Wonderland.

This journey begins in the museum’s forecourt, featuring an installation of ten Bagu sculptures. Traditionally a firemaking tool, these are made from recycled materials along with materials reminiscent of the marine world and its wildlife. As you step into the front hall, you are greeted by a monumental bronze-and-pearl shell sculpture depicting a dugong (Dhangal) swimming in the moonlight (Kisay) created by Alick Tipoti, an internationally acclaimed artist from the Torres Strait. The delicately carved motifs on the surface of the sculpture highlight the destruction of the underwater mountain grass – source of food for maritime fauna – by huge merchant ships. The adjacent Hall of Honours is dedicated to the immense Ghost Nets, representing mystical sea creatures, and created entirely from waste that has been fished from the ocean. 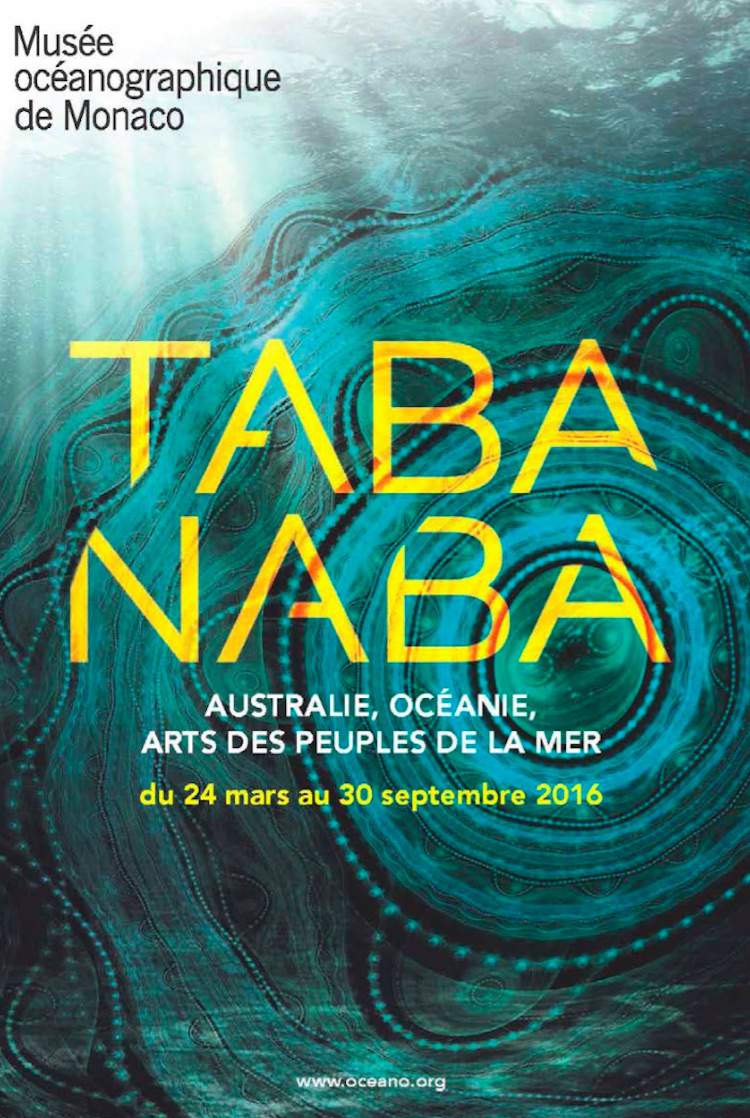 Bringing the Pacific Islander vision together with those of Australian Aborigines, displaying similarities as well as differences, such is the purpose of this voyage across these works of past and present. This section displays one hundred and fifty ethnographic items from the personal collection of Didier Zanette, who personally collected them throughout Oceania. Some date back to the nineteenth century, while other more contemporary pieces are still used by the islanders on a daily basis. Displayed alongside this collection is a series of thirty photographic portraits of Papuans that focus on the cultural bonds between Pacific peoples and the sea, forming an ensemble that brings to mind the collections created by Prince Albert I during his scientific expeditions.

Living Waters, the Sordello & Missana Collection by Erica Izett, researcher and teacher at the University of Occidental Australia

The third part of the exhibition features a selection of contemporary Aboriginal paintings from the Sordello-Missana collection, as well as pieces by Australian artists that deal with the theme of water. It also brings to the forefront the importance whales have in local life, spiritually and physically. The dynamic and creative way in which Western and Indigenous knowledge was brought together in Australia paved the way for intercultural exchanges and opened up new perspectives and artistic practices. All around the world, Western artists have been influenced by the art of Indigenous peoples and vice versa. “Living Waters” showcases encounters that extend beyond differences and help to encourage dialogue. In addition, one of the highlights of the exhibition, a video and photographic installation by a collective of young and famous Aboriginal artists poses questions of the sacred and profane and opens a window onto new contemporary art practices, some of them not afraid to provoke. Noteworthy also, the deliberate juxtaposition of Oceanic and Western cultures, and the influence of Christian missionaries on the lives of islanders.

When Dhangal Kisay, Alick Tipoti’s bronze dugong greeted us in the lobby, the same artist’s master piece Sowlal bids us goodbye on the museum’s rooftop. Depicting the body of a giant sea turtle, itself made up of dozens of marine creatures and the flora and fauna found across the Torres Strait Islands, it occupies some 600 m2 of the floor of the Museum’s terrace, one of the largest artworks ever created by an Indigenous artist. The installation is also visible from the air when flying over the Museum, a vantage point that allows the turtle’s body to be seen in full. This oeuvre pays tribute to the Museum’s 2016 theme in its annual protected species series.

“The cornerstone of Aboriginal and Torres Strait Islander beliefs is their interconnectedness to country – the natural environment that nurtures them, and must in turn be nurtured by them. This connection, seen by many Indigenous Australians as central to their identity, spirituality and cultural well-being, has influenced millennia of unique cultural practices and produced a tradition of sustainable land and water management,“ comments H.E. Mr Stephen Brady AO CVO, Australian Ambassador to France and to the Principality of Monaco, while curator Patrick Piguet adds that Taba Naba is a showcase of the locals discussing their relationship with nature in an unending dialogue linking ancestral tradition and modernity. “The people who live with the culture of the ocean are called to develop a balanced healthy relationship to inspire all of us, and the same is true for the artists.”

Exhibits like this one – uniting arts and science in an original, authentic, playful, and educational way, and bridging eras and continents – are rare. While the artifacts tell a coherent story in themselves, we strongly recommend taking a guided tour (available in different languages) which will provide you with a wealth of additional information. In our case, we were lucky enough to be guided by Falila Coiba, a fine intercultural and anthropological expert who alimented the tour with her exceptional knowledge of the region and its arts. An unforgettable visit and certainly a great motivator to do our share for preserving and protecting the world’s marine environment and the creativity it inspires in its oceanic people. 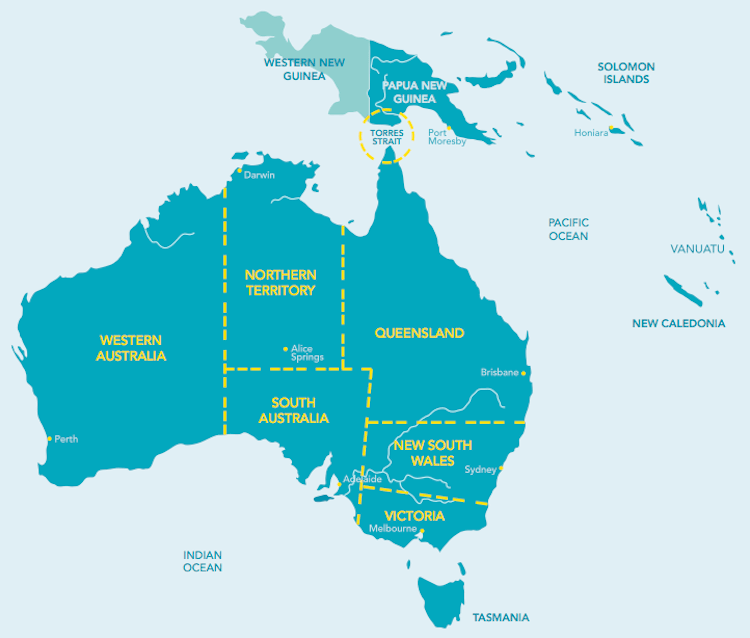