Both the Nice and Monte-Carlo opera companies open their 2021-22 season this month – with two very different works.

Last November we previewed Akhnaten which was due to be the first production staged after the closure of all theatres during the pandemic, but the opera was unable to be performed to a live audience due to pandemic regulations, and Nice Opera was forced to stream this production online. This production will now be staged at Nice Opera from 12th to 16th November. Tickets may be reserved online. Read the preview on this here.

Giacomo Puccini’s tragic opera, Madame Butterfly, tells of Ciò-ciò San, the young Japanese girl who falls in love with an American naval officer – with devastating consequences. One of the world’s best-loved operas, it has a somewhat complicated, but fascinating, history. The Italian libretto, by Luigi Illica and Guiseppe Giacosa, was partly based on the short story, Madame Butterfly, written by John Luther Long in 1898. Long’s story evolved partly from some stories told to him by his sister, and partly from a French novel, Madame Chrysanthème, written by Pierre Loti in 1887. This novel was then dramatized as a one-act play – Madame Butterfly: A Tragedy of Japan – by American theatrical producer and playwright David Belasco in 1900, the year in which Puccini (1858-1924) attended a performance in London.

Madama Butterfly (as it’s known in Italian) premiered at La Scala in Milan on 17th February 1904, where it was most unenthusiastically received. Having undergone substantial revisions, the opera was performed in Brescia in May of the same year, on that occasion to great acclaim. Puccini, however, made further revisions to his work – there were five in total – the last version of which was performed in 1907. This became known as the ‘standard version’ and is the one most frequently performed today. It was premiered by Monte-Carlo Opera on 23rd March 1912, and was last staged by the Company on 30th March 2004. 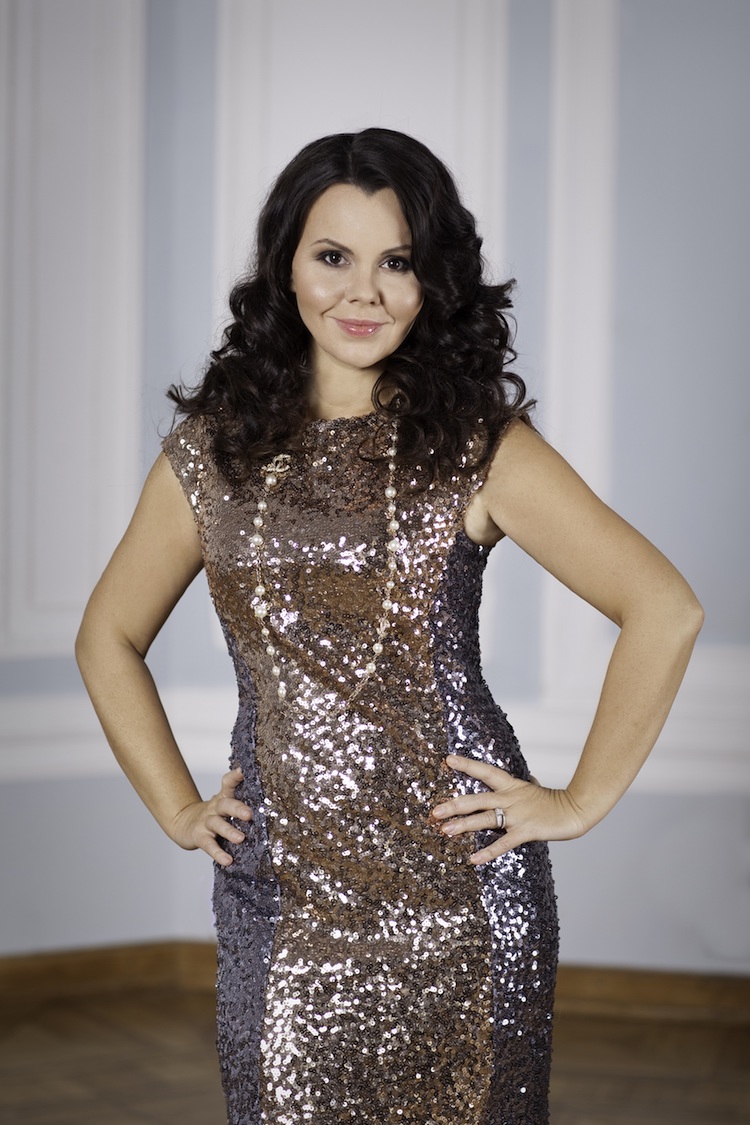 The title role in this staging of the Opéra Grand Avignon production is sung by Polish soprano Aleksandra Kurzak, “a powerful and versatile singer”, says The Classic Review, with what New York Classical Review describes as an “exceptionally full, creamy tone, vocal agility, and sensitive expression”. Having started singing as a member of the ensemble of the Hamburg State Opera, Ms Kurzak was launched on the international stage with performances for some of the finest opera companies in the world, such as the Metropolitan Opera, The Royal Opera House, Covent Garden, Teatra alla Scala, Milan, the Berlin Staatsoper, Vienna State Opera, Los Angeles Opera and San Francisco Opera.

Suzuki, Ciỏ-ciỏ San’s servant, is sung by Italian mezzo-soprano Annalisa Stroppa, described by The Opera as “One of the best singers in circulation today”. Ms Stroppa has sung the role of Suzuki at Opéra Nationale in Paris, Teatro alla Scala, Milan, Bayerische Staatsoper in Munich prior to 2021, and this year she will have added to this list the San Carlo Theater in Naples. Other appearances this year included those at the Teatro Real in Madrid, the Savonlinna Opera Festival and the Teatro del Maggio Musicale Fiorentino in Florence. 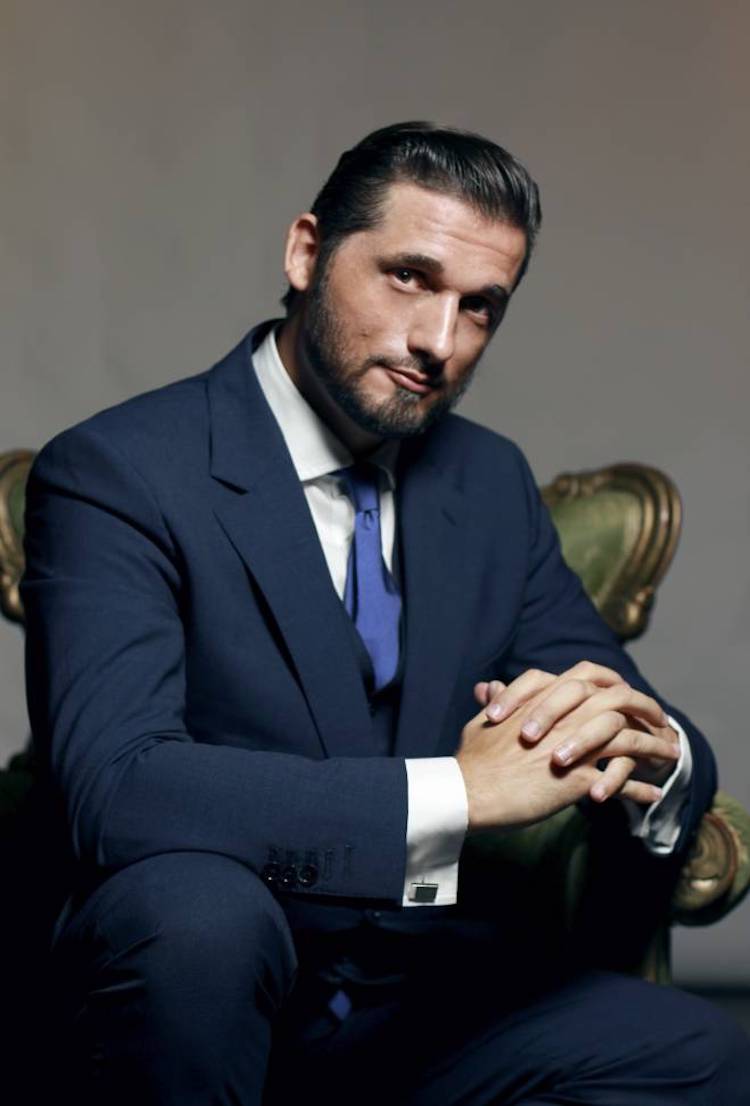 The Argentine lirico-spinto tenor Marcelo Puente takes the role of F B Pinkerton, one which he has previously sung at the Royal Opera House, Covent Garden, Hamburg State Opera, Théâtre Royal de la Monnaie in Brussels, Opera Leipzig and Gothenburg Opera. Other appearances include those at the Canadian Opera Company, Deutsche Oper am Rhein in Düsseldorf, the Michigan Opera Theater, and he has appeared in concert performance of Carmen with the NHK Orchestra in Tokyo. This season sees Mr Puente appearing at the Vancouver Opera, the Opera National du Rhin in Strasbourg/Mulhouse, Opera Australia, Semperoper Dresden.

The role of the consul Sharpless is sung by baritone Massimo Cavalletti. Musica describes him as having “… a handsome presence, a robust buffo baritone voice and the right vivacity as an actor”, and the New York Times writes of him as “The mellow-voiced, appealing baritone Massimo Cavalletti”. Upcoming performances include those at Teatro Municipale Giuseppe Verdi di Salerno, Maggio Musicale Fiorentino and Opernhaus Zurich.

Also in the cast are Philippe Do as Goro – who, according to Opera, has “… the beauty of a lyric tenor voice with refined mezza-voce, and the purity of the style”, and Fabrizio Beggi as L’Oncle Bonzo and described by connessiallopera.it as “… a bass with a rare, bright and beautiful color”.

The conductor for this production of Madame Butterfly is by Giampaolo Bisanti, General Music Director of the Teatro Petruzzelli in Bari for the 2018-20 seasons. Maestro Bisanti has led a number of productions of Madame Butterfly on stages across Italy, including La Fènice, Venice, and has also appeared in some of the world’s finest opera houses such as Semperoper Dresden, the Royal Opera House, Covent Garden, the Gran Teatre del Liceu, Barcelona, the Vienna State Opera, the Opéra National de Paris, San Francisco Opera and Teatro alla Scala, Milan.

Staging for this production is by Mireille Larroche, decor by Guy-Claude François, costumes by Danièle Barraud and lighting by Laurent Castaingt.