Invitation au voyage is the irresistible theme around which the Monte-Carlo Philharmonic Orchestra and Artistic and Music Director, Kazuki Yamada, have designed their 2017-18 season.

Celebrating both music and nature as they metaphorically explore the globe, they highlight facets of the natural world – from mountains, forests and pastoral vistas, to lakes, oceans and celestial lights – which have long been an inspiration to some of the world’s greatest composers.

The season opener, on 17th September, is the traditional Gala Concert of the Friends of the Orchestra, which this year will be led by American conductor Lawrence Foster. Music Director of the Marseille Philharmonic Orchestra and Marseille Opera since 2012, Maestro Foster has also held the position of Music Director of the symphony orchestras of Barcelona, Jerusalem and Houston, as well as the Monte-Carlo Philharmonic, and the Lausanne Chamber Orchestra.

The guest artist at this gala event is Russian-born pianist Evgeny Kissin who plays the Bartók Piano Concerto No 2. This is a work described by AllMusic as one of Bartók’s “more accessible compositions for performers and audiences alike”, but it’s certainly no less challenging for that. From the opening bars, you’re left in no doubt that you’re in for a thrilling display of dazzling virtuosity – from both composer and soloist. 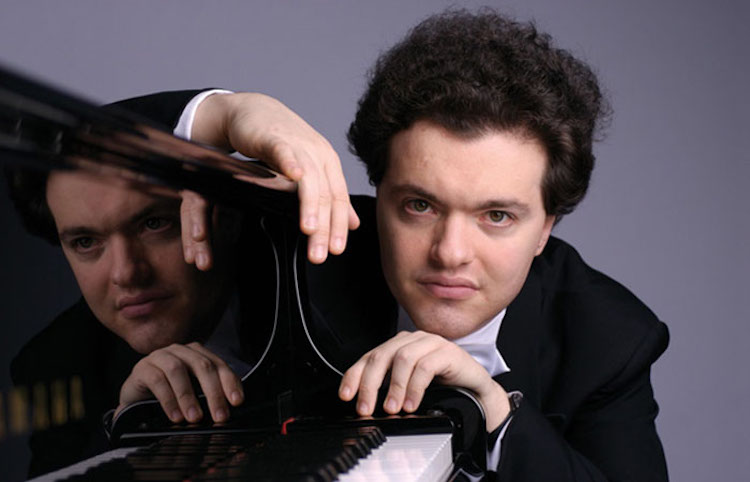 Evgeny Kissin has had an eventful year. He has written his autobiography – Memoirs and Reflections – married a childhood friend, Karina Arzumanova, and he is about to release his first recording in 10 years. Mr Kissin made his American debut at Carnegie Hall only 10 days before his 19th birthday, prompting critics to refer to him as the new Vladimir Horowitz, Arthur Rubinstein or Sviatoslav Richter. He rapidly shot to international stardom, attracting plaudits over the years such as “the world’s most acclaimed classical pianist” (The Economist) and “a rare and miraculous piano legend” (The Telegraph).

The performance opens with Dvořák’s Concert Overture In Nature’s Realm, a lyrical work which reflects the composer’s profound love of the countryside. The Bartók concerto is followed by Leoš Janáček’s suite from his opera The Cunning Little Vixen, about a fox cub who escapes from a farm to raise her own family in the woods. It’s an unlikely theme for an opera, but provides Janáček with a basis from which to comment on the connections between animals and people, and on life and death.

The final work is the suite from Zoltán Kodaly’s 1926 comic opera, Háry János, about an Austrian army veteran who regales his audience in a village inn with colourful stories of his exploits during the Napoleonic wars – but he’s a fantasist, and all his tales are in his imagination.

The concert takes place on 17th September in the Auditorium Rainier III, preceded by a presentation on the works by André Peyrègne.

The Monte-Carlo Philharmonic’s Grande Saison opens on 22nd September with a programme which bears the title Images, and celebrates the anniversaries of two of France’s greatest composers – Claude Debussy, who died 100 years ago, and the death of Maurice Ravel, 80 years ago. The concert also features two works by Franz Liszt – his Piano Concerto No 1 and Totentanz (Dance macabre). Kazuki Yamadu conducts this performance, and the guest artist is Russian piano virtuoso Boris Berezovsky.

Described by Gramophone magazine, as “surely the true successor to the great Russian pianists of the past”, Boris Berezovsky regularly appears with some of the world’s finest orchestras, and appears in recital with artists such as Vadim Repin, Julian Rachlin and Alexandre Gindin, and with the Borodine, Britten, Endellion and Takacs quartets.

Mr Berezovsky was the 1990 winner of the Gold Medal at the International Tchaikovsky Competition in Moscow where he played with Itzhak Perlman, Yo-Yo Ma, Jessye Norman and the Leningrad Philharmonic Orchestra, under the baton of Yuri Temirkanov. In 2006, he was named “Best Instrumentalist of the year” by BBC Music magazine, and has won a succession of awards for many of his recordings – the Diapason d’or, Choc de la Musique, and the Gramophone and Echo Classic awards. In 2014 he was appointed Artistic Director of the Music of the Earth Festival in Moscow and St Petersburg.

Liszt started work on his First Piano Concerto during the 1840s, completing it in 1849. Being fairly new to writing orchestral works – he’d written mainly for the piano until then – he asked his pupil, Joachim Raff, to orchestrate the concerto. It premiered in Weimar in 1855, with the composer at the piano, and Hector Berlioz conducting, but Liszt subsequently made a number of revisions to the work, and the final version wasn’t published until 1856. The concerto has four movements – played without a pause.

The second work by Liszt is his Totentanz which reflects his fascination for death, along with that of religion, heaven and hell. The melody in this piece comes from a Gregorian chant, which also inspired works by composers such as Berlioz and Rachmaninoff.

This concert opens with a tribute to Claude Debussy, one of the most influential composers of his time, whose name became synonymous with the term “musical Impressionism” – so named because of the way in which his music expressed moods and emotions, in much the same way as did the works of the Impressionist painters. “Impressionism” was a term which Debussy, however, discouraged.

Debussy was on one hand inspired by art, literature and theatre, and on the other by landscapes and the folk songs of other countries, and the Gigues which the Monte-Carlo Philharmonic plays in this performance, is an extract from a work entitled Images pour orchestre. Gigues calls to mind the cool, misty Scottish countryside, opening with a somewhat melancholy air, played on the oboe d’amore, followed by the sound of the lightly tapping feet of Scottish dancers. 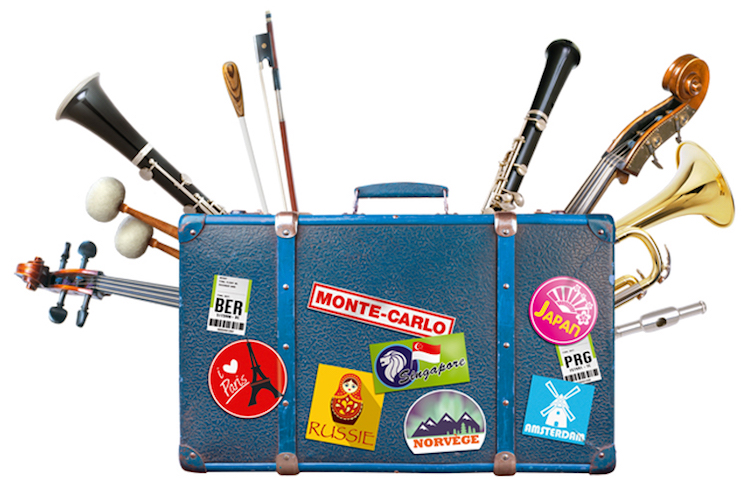 The concert closes with Ravel’s Daphnis and Chloé, his “symphonie chorégraphique” for chorus and orchestra, as he called it. Mauric Ravel – certainly one of the most significant composers of the early 20th century – was known for “his musical craftsmanship and perfection of form and style” (Encyclopaedia Britannica). His Russian contemporary, Igor Stravinsky, compared him to “the most perfect of Swiss watchmakers”. Ravel had a wide appreciation of music, from French Baroque, Mozart, Chopin and Spanish folk songs, right through to American jazz and blues.

Daphnis and Chloé was originally written for a ballet commissioned in 1909 by Sergei Diaghilev for his Ballets Russes. The scenario, by choreographer Michel Fokine, was adapted from a romance by the Greek writer, Longus, and told of the love between a goatherd, Daphnis, and a sheperdess, Chloé. Today, the three-part work is more commonly heard in the concert hall.

This performance by the Monte-Carlo Philharmonic Orchestra, led by Kazuki Yamada, is accompanied by the Chorus of l’Orchestre de Paris – director Lionel Sow – and takes place at the Grimaldi Forum on 22nd September. Tickets are available online at the OPMC website.