The long months of a bland diet of online events are finally coming to an end in France, and cities up and down the country are gearing up for a return to the stage or the concert hall – with all due health safety measures in place of course. For its first major stage show, Cannes is pulling out all the stops: On May 22, Ballet Preljocaj presents its highly original adaptation of Tchaikovsky’s Lac des Cygnes (Swan Lake) at the Palais des Festivals. This piece premiered in Clermond-Ferrand in October 2020, has recently triumphed in Madrid, and is slated to go on to the annual Spoleto festival in Italy in July of this year.

French dancer and choreographer Angelin Preljocaj has a love for narrative ballet, story-telling, and blending different styles. In his adaptation of Swan Lake, classical ballet meets contemporary dance, and Tchaikovsky’s musical masterpiece is accentuated with modern sounds and arrangements. The romantic character of the original work is left untouched though: Heroic Prince Siegfried, faithful in love until death, and his beloved but unattainable swan-woman, represent a symbolic allegory of true love, that which compels one to surpass oneself even if a dream remains out of reach. 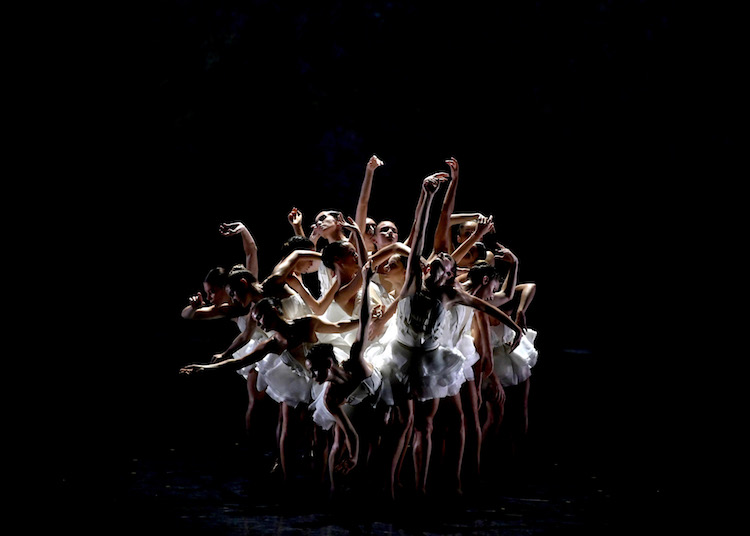 Preljocaj transposes the doomed love between Odette and Siegfried into a 21st century context: 26 dancers tell a thoroughly modern story of two eco-conscious heroes who are faced with a wicked and corrupt businessman, a greedy CEO, and the scheming Odile, Odette’s evil twin sister. Good versus bad, idealism versus capitalism… themes that resound with great familiarity in these times.

This particular interpretation is rooted in Preljocaj’s 2018 creation “Ghost”, which pays tribute to the 200th birthday of Marius Petipa. One of the most influential balletmasters and choreographers in ballet history, Petipa’s choreography of Swan Lake remains the gold standard for every top-notch ballet company in the world. In “Ghost”, Preljocaj evokes the indelible mark that the works of great creators leave on our unconscious… the eternal and omnipresent ghosts of their works. In 2020, he took it a step further, adapting the most emblematic ballet in the repertoire.

Preljocaj’s Swan Lake is a concentrate of his creative identity: it vibrates with technical and precise dance, sober and rich in symbols, full of vitality and sensuality, always aesthetic and animated by interpreters in perfect interconnection. We find all the facets of his stylistic imprint: his ability to choreograph movement to outline grace, which his dancers then interpret in a delicate balance between power and fragility; he aptly uses movement as a new language, one capable of expressing emotions and sensations that words cannot express. 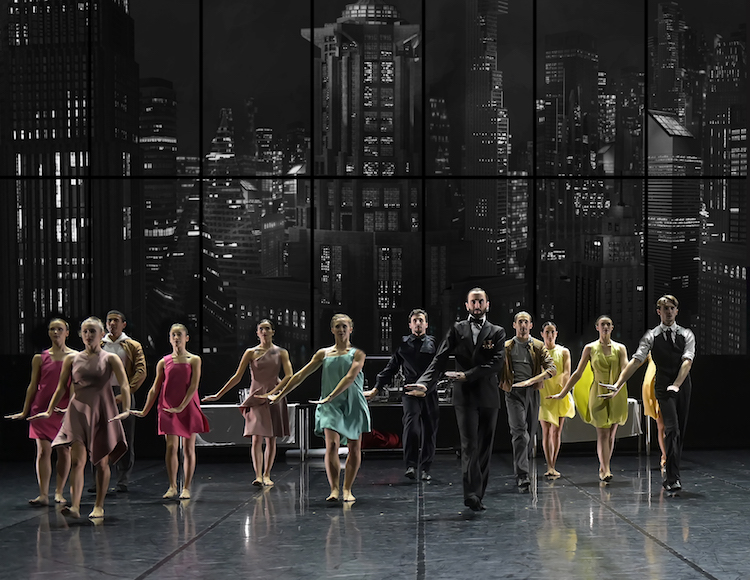 The maestro shares more insight into his artistic reflections:

As a contemporary choreographer, what does Swan Lake mean to you?

For me it is a Mount Everest, a monument of dance. Tackling it is a real challenge in itself, but mounting it under the completely unexpected and unpredictable circumstances of a pandemic adds even more stress to this creation.

What do you retain from Marius Petipa’s original ballet?

I have kept the love story, the bewitching tale of a woman’s transformation into a swan.
However, I have completely changed the role of the parents. In most versions of Swan Lake, they are more of a figurehead, they do not dance much or not at all, they play a ceremonial role. In this version, they are very important, they do dance a lot because they have an impact on the relationships of the protagonists. Siegfried’s father is a rather tyrannical man, prone to abuse of power. His mother is rather protective, a bit of an echo of Proust’s world.

By the way, it is quite amusing to note that Proust’s À la recherche du temps perdu (In Search of Lost Time) features Swann and his mistress Odette! I have the impression that it was written with Swan Lake in mind…

Rothbart is always there; he’s a wizard in his own way, a very ambiguous character. He’s not just a charmer, he has other social functions. He can represent exploitative businessmen or industry tycoons who can be harmful to our societies. Siegfried’s father has a similar profile without being charismatic. It seems as if there is some kind of plan, some kind of conspiracy between them.

Would you see in this a form of commodification of bodies? Because in a way, in the original book, Rothbart already uses his daughter for deleterious purposes…

That’s exactly it! In reality, the father and Rothbart agree to marry the son to the daughter to increase their estate.

Will there be any elements from the Petipa choreography? 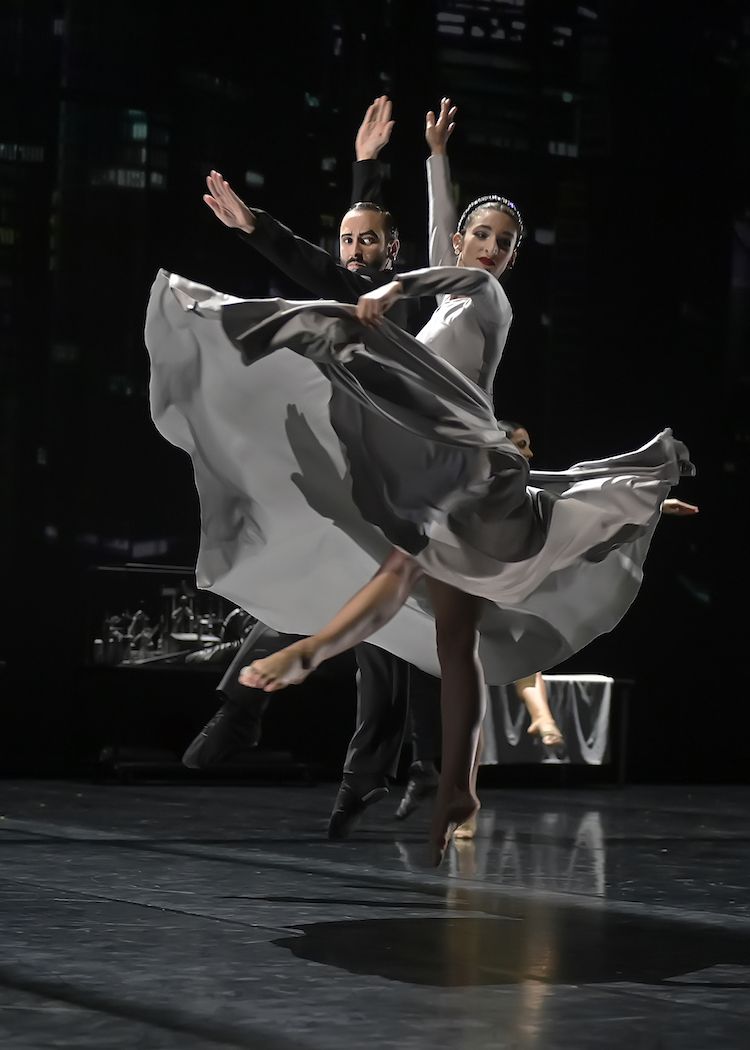 I found it interesting to use certain choreographic features as a basis for a palimpsest. It’s as if I arrived at an Oppidum and I was building a new city on the foundation of ancient constructions. With certain parts, specifically the ‘white act’, I had a lot of fun. These are quite jubilant demonstrative moments, which I have kept as little numbers and tried to make them my own. But in all honesty, the choreography is not at all based on Marius Petipa, as I have rewritten it entirely. It is therefore not ‘reworked’ but structurally and fundamentally an original choreography. It is perhaps the best homage to pay to Marius Petipa to enter into his creative process, to reinvent things.

Do you keep any of Tchaikovsky’s score?

I keep 90% of Tchaikovsky. Of that, 90% is from Swan Lake, and 10% from other works by the same composer. I didn’t keep all the music from Swan Lake, which lasts three hours, and as I wanted to tell things that are not in the original libretto, I looked for other elements in the work and rediscovered Tchaikovsky. So I explored his symphonies, his works for orchestra. The base, the musical foundation, remains The Lake, complemented by extracts from the violin concerto, overtures, symphonies… 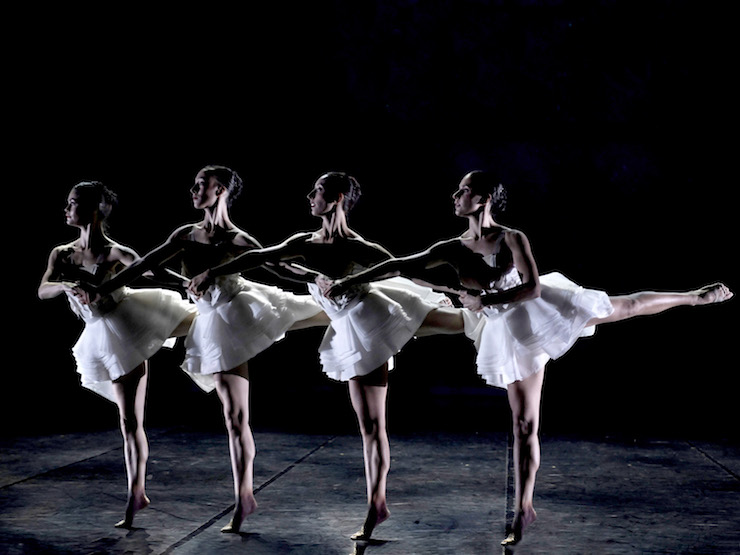 Will Odette / Odile, i.e. the white and the black swan, be combined into one role as in the current classical version?

It’s a difficult role that requires opposing qualities in terms of virtuosity and interpretation, and it really takes a lot of work to find the balance in the two characters without compromising the specific needs.

Born in 1957 in Paris to Albanian parents, Angelin Preljocaj is a classically trained dancer with a love for contemporary dance. In the same vein, his choreographic work is steeped in his writing of the history of classical ballet, but is resolutely contemporary. In 1994 he founded a ballet company that in 1996 was formally named Ballet Preljocaj and is based at Pavillon Noir in Aix-en-Provence. The company currently has 24 permanent members.