For over thirty years, Choreographer-Director, Jean-Christophe Maillot, has actively promoted emerging talent within the Company, and this first programme Soirée “Créations” features two World Premieres which have each been choreographed by a Company member – Tsunago by Mimoza Koike and Le temps du tendre by Julien Guérin.

Mimoza Koike’s Tsunago is a celebration of movement portrayed in a series of experiences and tributes to people and places which have shaped her personality as an artist and as a choreographer. The work is danced to a score by French-Russian composer Ilia Osokin, with scenography by Shizuka Hariu and costumes by Mimoza Koike herself, together with Jean-Michel Lainé.

Trained at the Conservatoire National Supérieur de Musique et de Danse in Lyon, Mimoza joined the Ballet du Grand Théâtre of Geneva, where she appeared in works by choreographers such as John Neumeier, George Balanchine, Giorgio Mancini, Lucinda Childs, William Forsythe, David Parsons, Nacho Duato and Michel Kéléménis. She became a member of Les Ballets de Monte-Carlo in 2003, and within two years was promoted to principal soloist of the Company. Since then, Mimoza has appeared in a number of the highly creative works by Jean-Christophe Maillot, as well as in works by choreographers such as Sidi Larbi Cherkaoui, Jiří Kylian, George Balanchine, William Forsythe, Vaslav Nijinksky and Maurice Béjart.

Mimoza Koike has been a choreographer since 2007, Tsunago being her eleventh work, and in 2015, she became a Chevalier of l’Ordre du Mérite Culturel de la Principauté de Monaco. 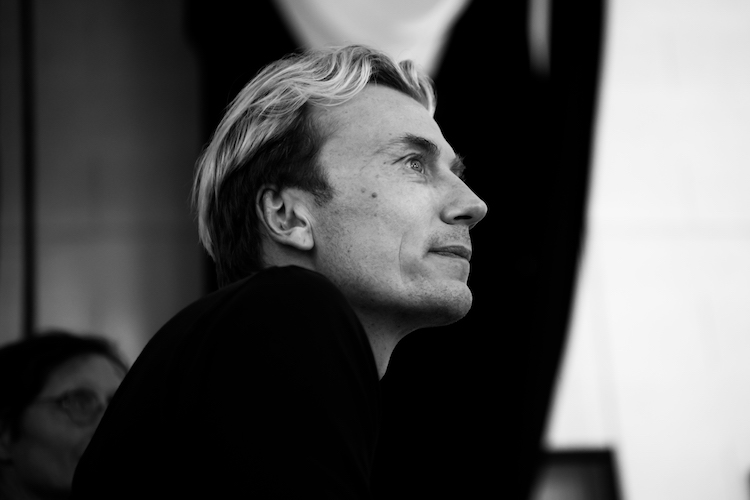 The second World Premiere in this programme is Julien Guérin’s Le temps du tendre (Heuristique du sentiment amoureux). Given that love has always been an elusive emotion, yet vital to life itself, the ballet suggests that a heuristic approach to love – an aid to discovery by experimental methods – is the ideal route to follow. 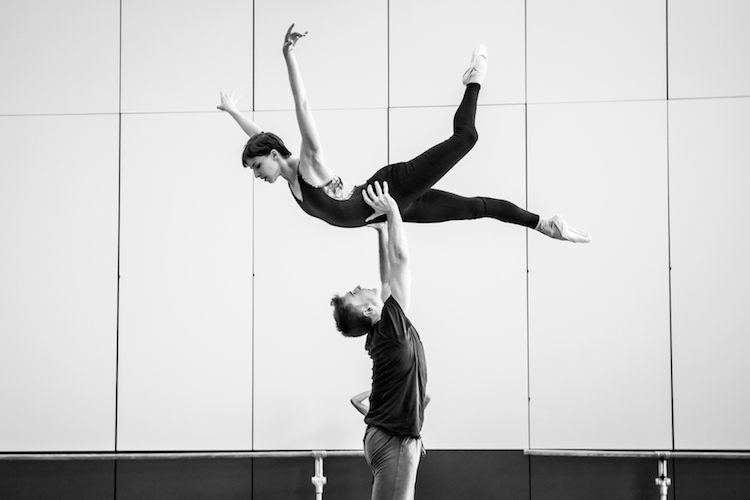 Le temps du tendre is set to the music of Antonio Vivaldi, with scenography by Drominique Drillot, lighting by the Company’s Lighting Director Samuel Thery, and costumes by French fashion designer Adeline André.

Soirée “Créations” will take place in the Salle Prince Pierre at the Grimaldi Forum in Monaco, on 15th, 16th and 17th July. Tickets may be reserved online.

The two ballets in the second programme, “Danse et Musique”: Live, take us to the shores of the Mediterranean and both are accompanied by musicians performing on stage with the dancers.

Sidi Larbi Cherkaoui created In Memoriam for Les Ballets de Monte-Carlo in 2004, the premiere taking place in December of that year – two years after the choreographer received the Nijinsky Award for Emerging Choreographers at the Monaco Dance Forum. The work focuses on the bond between the existence of the departed and the memories which they leave behind, the dancers exploring themes of attraction and repulsion, illustrating how deeply ingrained in our memories are gestures of gentleness and violence. They are accompanied on stage by A Filetta, a vocal group which is steeped in the tradition of Corsican song.

Maillot’s Core Meu, which premiered at the Grimaldi Forum in April 2019, is an energetic, sparkling and highly charged work. Inspired by Maurice Béjart, the ballet combines classical ballet with the traditional dancing of the Puglia region of Southern Italy, culminating in the dancers performing a frenzied Tarantella.

The compelling accompaniment is led by Antonio Castrignano and Taranta Sounds. Tambourine player and singer, Castrignano is a central figure in the revival of the centuries-old musical culture of the Salento region of Italy (Apulia). Costumes are by the international designer Salvador Mateu Andujar who has created for film, fashion and the stage. Lighting is by Samuel Thery.

“Danse et Musique”: Live takes place in the Salle des Princes at the Grimaldi Forum in Monaco on 22nd, 23rd and 24th July. Tickets may be reserved online.