For the second time in his career, Jean-Christophe Maillot – Choreographer-Director of Les Ballets de Monte-Carlo – has been honoured with the prestigious Prix de Lausanne Life Time Award, for his dedication to the world of dance.

The ceremony took place on 3rd February, during the final evening of the 46th edition of the competition – which was held at the Beaulieu Theatre in Lausanne, on the shores of Lake Geneva.

Created in 1973, the Prix de Lausanne is an international competition for ballet students aged between 14 and 19, and was established to identify, promote and assist the most promising young talent from around the world. The dancers, products of some of the world’s finest and most successful ballet schools, are judged over a period of five days of classes, rehearsals and performances – in both classical and contemporary dance.

On presenting the award to Jean-Christophe Maillot, the competition director Shelley Power, said: “On behalf of the Prix de Lausanne we thank you for all that you give of yourself to the dance world and for touching thousands who experience your work as a choreographer. You truly are changing our lives every step of the way.”

This award wasn’t the only achievement which the Principality of Monaco was celebrating at this ceremony – the winner of the Gold Medal was 17 year-old Canadian dancer, Shale Wagman, a student at the Princess Grace Academy of Dance in Monte-Carlo – of which M. Maillot is director. The Gold Medal is awarded in recognition of both the talent displayed by the winner, and for his or her potential as a dancer, and Shale Wagman has been rewarded with an invitation to join English National Ballet next season. 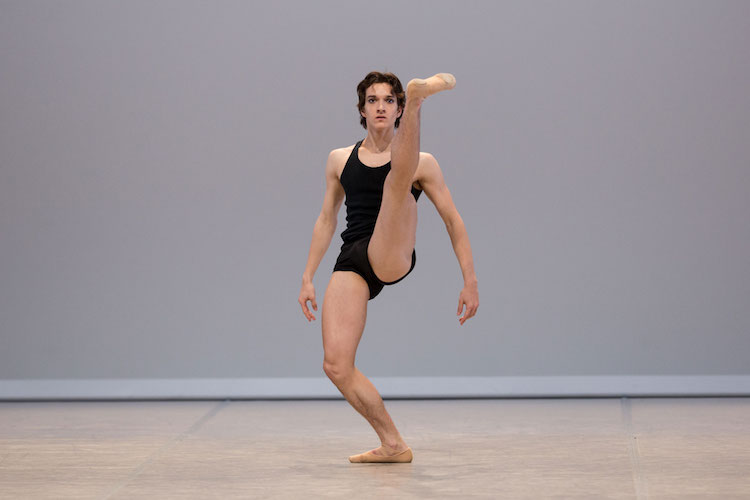 There was further recognition for high standard of excellence of the Princess Grace Academy. Another of its students, a young Korean dancer, Minji Nam, was one of the finalists in the competition. She has won a contract to dance with the Stuttgart Ballet next year.

Credit for the success of these two dancers must go to Jean-Christophe Maillot, to the Academy’s artistic director Luca Masala, and to all the teaching staff.

A winner of the Prix de Lausanne in 1977, J-Ch. Maillot has sat on the jury four times, between 1986 and 1992, and served as President of the Jury on another four occasions, between 1994 and 2012. The competition, he says, is unique. “This is the only ballet competition I agree to participate in as a jury member because, more importantly than the dancers’ performance, it is the attention paid to their future career which makes this competition so exceptional.” Having become the barometer of quality worldwide, he continues, it also reflects “the extraordinary artistic and human qualities of its founders Elvire and Philippe Braunschweig, and Rosella Hightower: three very important figures in my career”.