A friendly invasion from the land of vodka and kazachok is just ahead this June during Les Journées de Moscou à Nice.

You don’t need to be a history expert to know that despite substantial historic upheaval, France and Russia have traditionally had longstanding alliances, and especially Nice has always been a favorite destination ever since the first Muscovite aristocrats arrived here in the 1820s to sojourn far away from their chilly winters.

Since then, their fellow countrymen have eagerly followed in their footsteps…. politniks and comrades, business tycoons and scientists, artists and models. Today, the French Riviera counts 10,000 permanent residents from Mother Russia, and 200,000 tourists per year have made Nice “France’s first Russian city”, as Mayor Christian Estrosi once put it.

This influx over the past two centuries has left its traces around Nice in the shape of architectural gems like the Russian-Orthodox cathedral or Palais Valrose … but also the super yachts anchoring off of Villefranche because they don’t fit in the modestly sized Niçois port. Cultural exchange has been equally important, and recent highlights include the launch of the Russian film festival in Nice in June 2013, and the Ballet Nice Mediterranée’s first ever performance in St. Petersburg in September 2015.

It is under the auspices of this ever-growing friendship that Les Journées de Moscou à Nice will take place from June 9 through 12. This third edition of the French-Russian Friendship Days, previously already held in Paris and Strasbourg, features a rich schedule of conferences, exhibits and competitions, intended to strengthen partnerships in the areas of business, education, research, culture and sport. 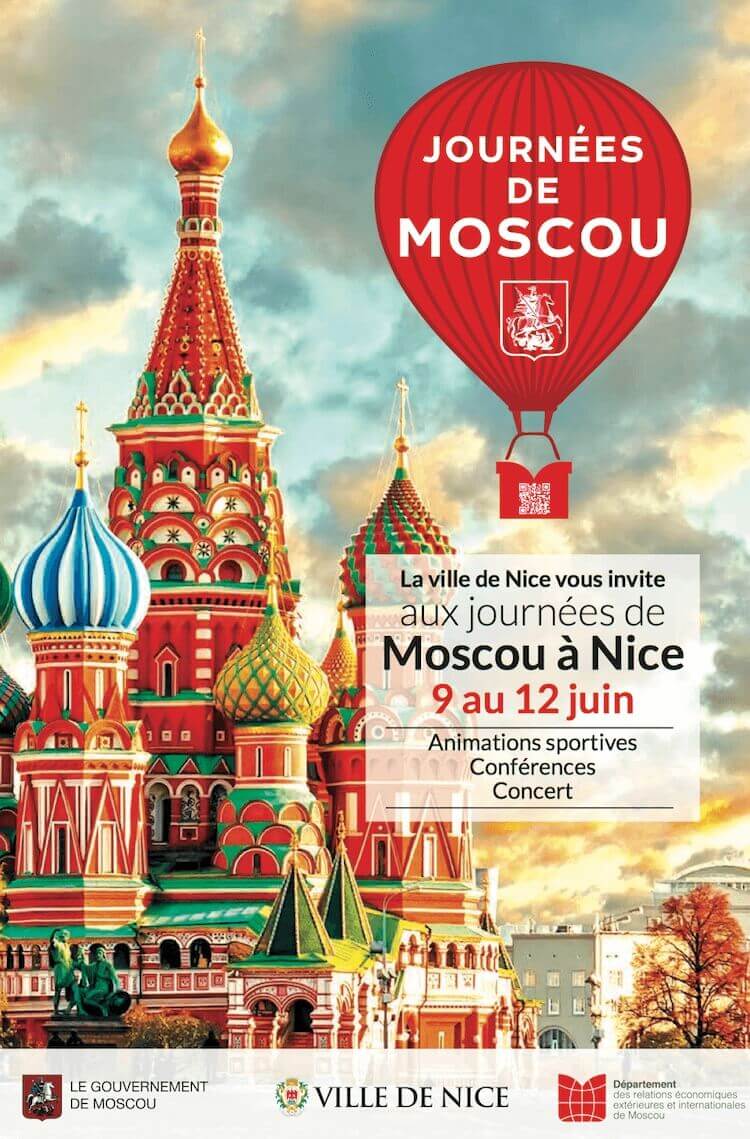 Among the highlights of a densely-populated programme we have:

– On June 12, National Holiday of the Russian Federation, soloists from the Bolchoï and Maestro Vladimir Spirokow’s orchestra perform accompanied by the Nice Philharmonic Orchestra at the Opera 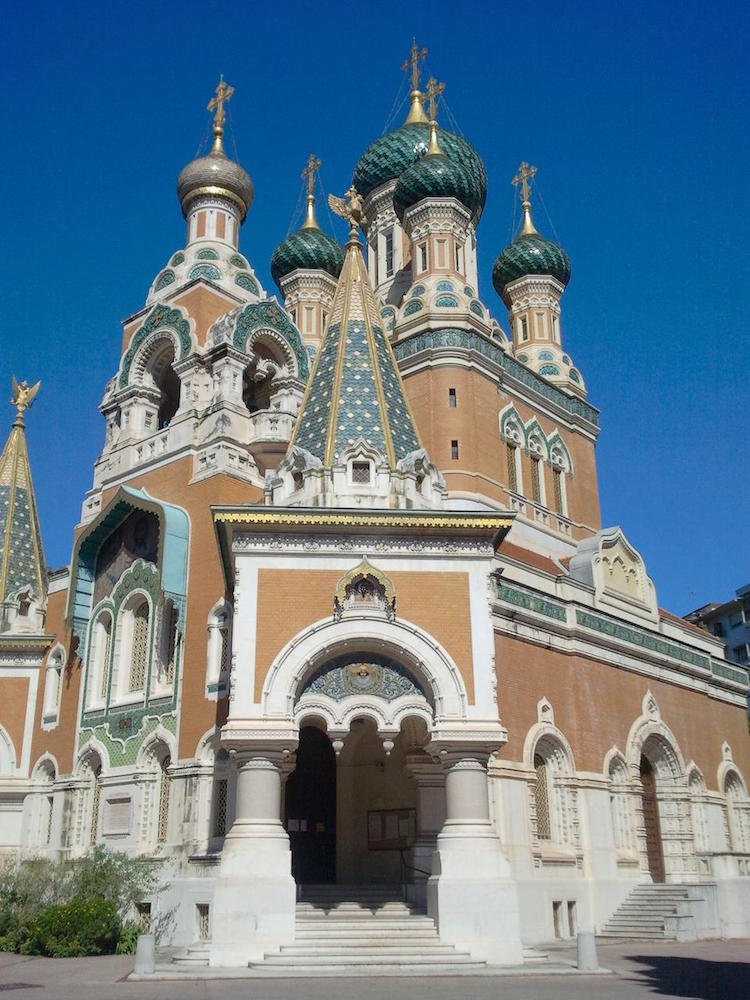 Several official receptions and informal encounters all over town complete the festivities. Nice has been a twin city to Yalta since 1960 and to St. Petersburg since 1997, and Mayor Estrosi has a personal longstanding and strong commitment to Russia since 2008, when he first initiated an increase in bilateral exchange and partnerships. The numerous projects since undertaken include the launch of the Riviera Express, a regular railway connection between Nice and Moscow, the opening of a permanent representation of the Russian Academy of Science in Nice (81, rue de France), and the complete renovation of the St Nicolas Cathedral (pictured above).