Under the artistic direction of composer Bruno Mantovani, and with illustrious pianist Jean-Efflam Bavouzet in residence, this year’s Festival Printemps des Arts de Monte-Carlo has a wealth of wonderful performances on offer

Mr Mantovani has collaborated with conductors such as Pierre Boulez, Sir Andrew Davis, Peter Eötvös, Emmanuel Krivine, Susanna Mälkki and François-Xavier Roth, as well as with the Paris Opera, musicians such as violinist Renaud Capuçon and pianist Philippe Jordan, choreographers Jean-Christophe Maillot and Angelin Preljocaj, and film maker Pierre Coulibeuf. As a conductor Mr Mantovani regularly leads the Ensemble Intercontemporain, the National Orchestra of Lille or Lyon, Orchestre du Capitole de Toulouse and Orchestre de Paris. He has been headmaster of the Paris Conservatory since September 2010, and a special guest artist of the Musica Festival in Strasbourg since 2001. 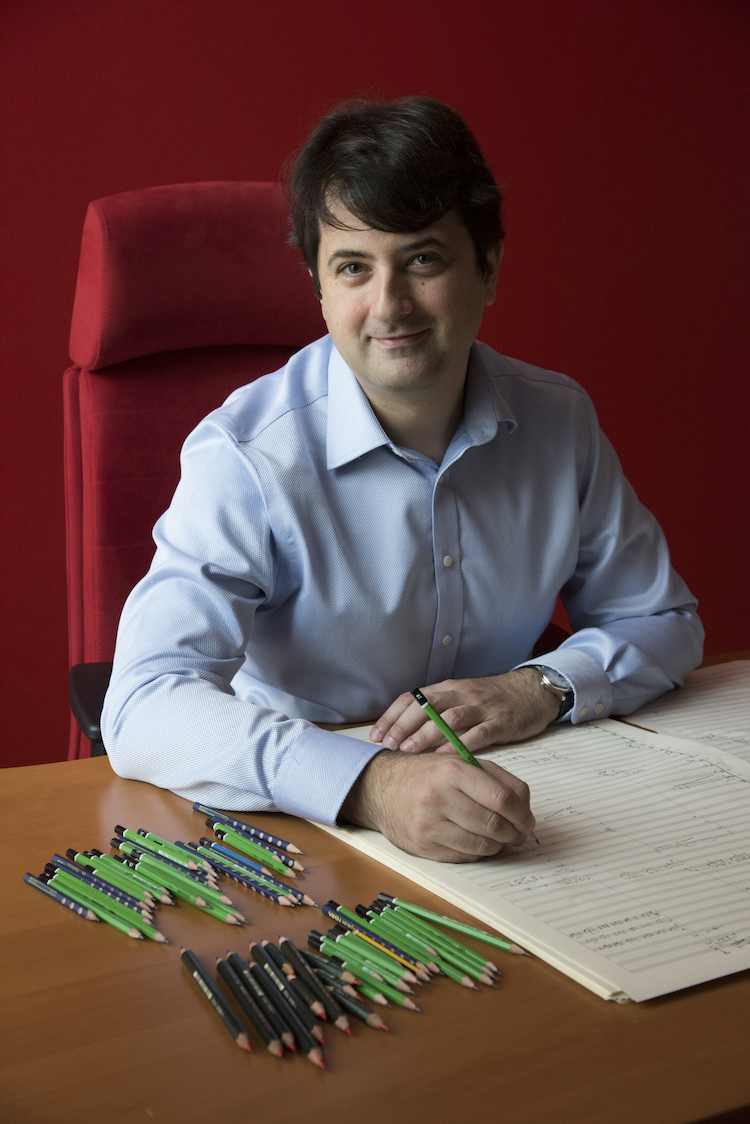 The Festival Printemps des Arts de Monte-Carlo has commissioned a new concerto by Bruno Mantovani – his Allegro barbaro for percussion and orchestra – which will have its world premiere on 31st March, performed by the Philharmonic Orchestra of Radio France, led by Finnish conductor Mikko Franck.

Highlights of Mr Bavouzet’s current season include appearances with Orchestre de Chambre de Paris, Orchestre National de Lyon, Orchestre Philharmonique de Strasbourg, Royal Liverpool Philharmonic Orchestra and Polish National Radio Symphony. In recital, he has appeared in London at LSO St Luke’s for BBC Radio 3, and continued his residency at the Wigmore Hall, focussing on works by Debussy. The Financial Times says of Jean-Efflam Bavouzet: “He makes you listen to music as if you are discovering it Eureka!-style: yes, that’s what the composer must have meant”.

During the Monte-Carlo festival, Jean-Efflam Bavouzet will play Prokofiev’s Piano Concertos Nos 1 and 5, with the Strasbourg Philharmonic Orchestra under Chief Conductor Marko Letonja, a series of recitals which include works by Haydn and Debussy, and he’ll also give a Master Class.

There’s also an appearance by French violinist Renaud Capuçon who, according to the New York Times ” … made a notable Philharmonic debut in Saint-Saëns’ Concerto No 3, playing with coppery tone, understated tenderness in the slow movement and charming daring in the finale”. He performs in a concert of works which include Beethoven’s Romances Nos 1 and 2 for violin, and Henri Dutilleux’s Sur le même accord, a nocturne for violin and orchestra. The Shostakovich Symphony No 15 is also on the programme of the concert by the Monte-Carlo Philharmonic Orchestra, led by Latvian conductor Andris Poga.

The Festival programme also includes appearances by the Quatuor Voce strings, of whom Süddeutsche Zeitung writes “… it is without a doubt that this string quartet is one of the best ensembles in the world”. The quartet will perform works by Mozart, Shostakovich, Debussy and Ravel.

Armenia will be represented at the Festival, firstly by the Gurdjieff Ensemble, led by founder Levon Eskenian, who will play the world premiere performance of Fourteen Pieces on Themes of Armenian Folk Songs, originally written by Komitas Vardapet – a work commissioned by the Festival Printemps des Arts – and diverse works by Georges Gurdjieff. Armenian soprano Karine Babajanyan, accompanied by pianist Vardan Mamikonian, will sing a selection of melodies from Armenia and elsewhere.

The Festival also features the world premiere of a work by the Hallet Eghayan Company. Entitled Sept, les anges de Sinjar, it was commissioned by the Festival from Armenian composers Aram Hovhannisyan and Michel Petrossian, with choreography by Michel Hallet Eghayan. The dancers will be accompanied by the Ensemble Orchestral Contemporain (of which Bruno Mantovani is Artistic Director), under the direction of Léo Margue.

Other world premieres of works commissioned by Printemps des Arts are Bastien David’s L’Ombre d’un doute, a double concerto for cello and string orchestra, to be played by the National orchestra of Auvergne led by Spanish conductor Roberto Forés Veses, and Monegasque composer Yan Maresz’s Tendances to be performed by Baroque ensemble Les Folies Françoises, led by French conductor and violinist Patrick Cohën-Akenine.

The Festival is delighted to introduce jazz as a new musical genre, with a performance by The Amazing Keystone Big Band Jazz Orchestra playing Prokofiev’s Peter and the Wolf at its Family Concert on 2nd April.

A full list of events can be found here and for further details, visit the Festival Printemps des Arts de Monte-Carlo website.