Times are tough for actors. The City of Nice wants to shine the spotlight on the terrific work they still manage to do.

Great premiere for Niçois theatre: From 12 to 18 October, 23 Thespian temples all over town, from tiny neighbourhood stages to venerable drama institutions, participate in “Lever de Rideaux” (Raising the Curtains), a brand new initiative created by the City of Nice to showcase their cultural richness and diversity. The 96 plays in the programme are a representative selection from traditional to popular and cutting edge, rounded out by conferences, expositions, and workshops.

For all its talent and creativity, local theatre has struggled to survive for the past few years. Empty coffers due to brutally slashed cultural budget and subventions force programmers to sacrifice big names and high profile productions, which leads to an overall decrease in attendance, which means even less money… “They really suffer,” states Jean-Luc Gagliolo, the indefatigable City Councillor for Theatre. Offspring of the greatest theatre family in Nice, he is deeply and personally committed to helping actors and directors break out of that vicious circle by raising awareness for all the great work that local theatres still do, even with their very limited means. “Many Niçois don’t even realize how many theaters of quality we have in town – and not just the big and prominent stages that everyone knows but small private ones in just about every neighborhood, and with programmes that are often surprisingly good,” Jean-Luc adds. 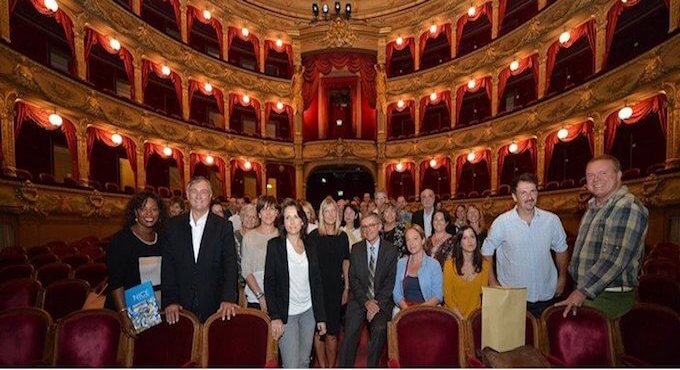 To single out one or the other play from such a rich programme is virtually impossible. The full programme including venue information and show times can be consulted on the event’s official website. Some complementary noteworthy happenings that accompany the week though:

– From Oct. 12 to Nov. 30, the Théâtre Francis Gag hosts “Théâtres à Nice”, an exhibition of a collection of posters, programmes, photographs, and miscellaneous objects from the Cessole Library giving an overview of the vibrant theatre scene in Nice – big or small stages, popular or intellectual, French, Italian, or local folk languages – that animated Nice from the 18th to the early 20th century. Following the vernissage on Oct. 12, Dr. Angélique Derambure presides over a conference on the topic of this “Belle Époque for theaters in Nice”.

– At the Théâtre National de Nice, Irina Brook – described by Jean-Luc Gag as “synonymous with theatre” – holds workshops with several local companies and presents the fruit of their joint labour to the public on October 13 (free admission). 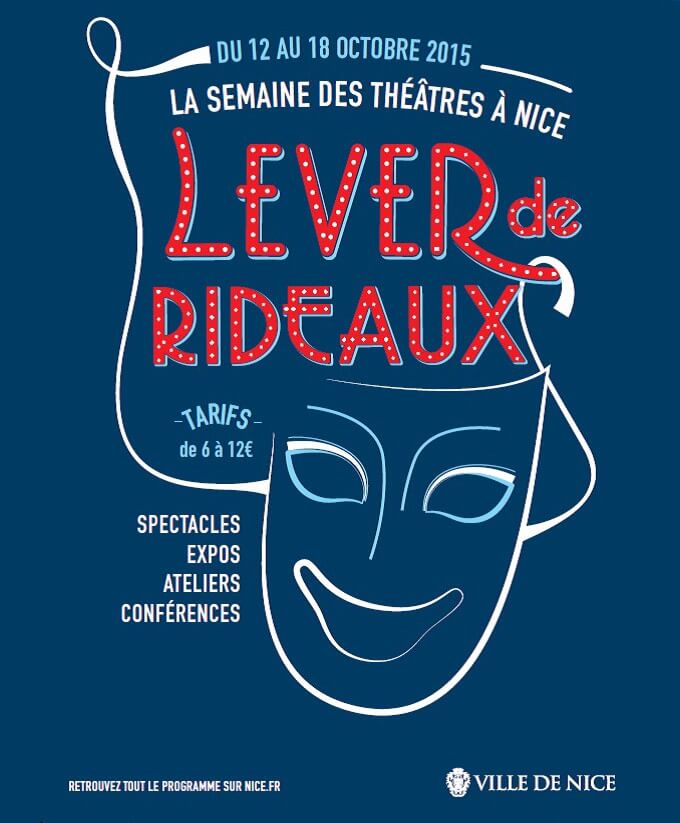 – From October 12 to 31, the Bibliothèque Louis-Nucéra serves as improvised stage for La Diacosmie, the production center of the Opéra de Nice, which dives into the fascinating world of theatre by rediscovering the priceless repertory works of Molière, Racine and Feydeau.

Many of the plays are suitable for the entire family, some specifically geared to the young audience. Admission fee is between €6 and €12, making the experience affordable for everyone.

A highly anticipated initiative, and one that local theatres put much hope in. It may not lead to instant results but shining the spotlight on the excellent work our local artists do all year is an important first step. 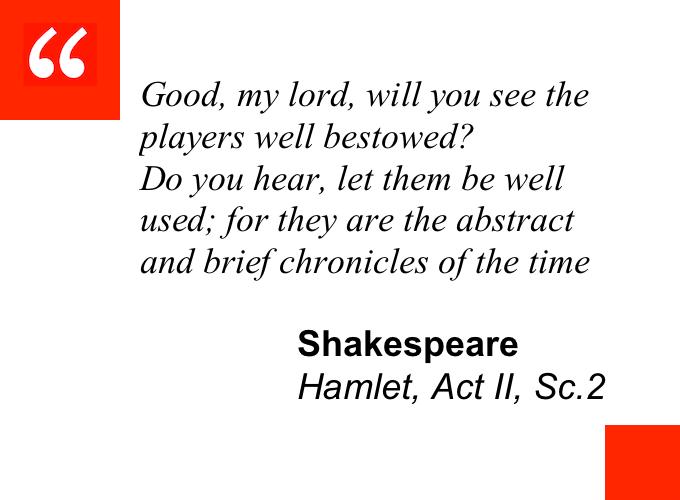