One of Nice’s most beloved theatres celebrates a milestone this year. A good time to reflect on the past, current challenges, and what lies ahead.

Looking through the annual playbill of the Théâtre de la Cité, you could easily think it’s that of a big, well-funded theatre on Main Street, not a private 180 seater tucked away behind the Notre Dame Basilica. Working miracles with a modest budget, Director and Head of Programming Cécile Pillot and her Vice President Sylvia Scantamburlo manage to offer an amazingly diverse and high quality programme that spans the gamut from French classics like Corneille, Molière, and Voltaire to contemporary standup comedy.

Yet, like all other private theatres in Nice, the Cité struggles with the two problems that make it hard for them and their artists to stay afloat: a notorious lack of funding, and ever-decreasing numbers of visitors. “For one, despite the high quality of artistic performance in general, the Côte d’Azur is not exactly the epicenter of culture,” says Cécile Pillot. “Secondly, there is also a certain reluctance to go to the theater as it is often perceived as too high-brow or intellectual. So we are trying to educate the public to understand that theater is accessible and playful.” Often she hears from first time visitors that, had they known that theater was this much fun, they would have come a lot sooner. 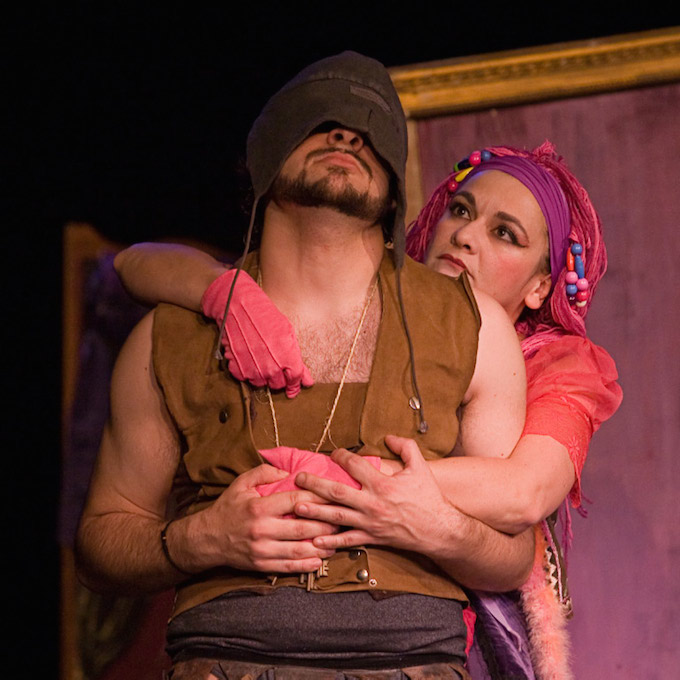 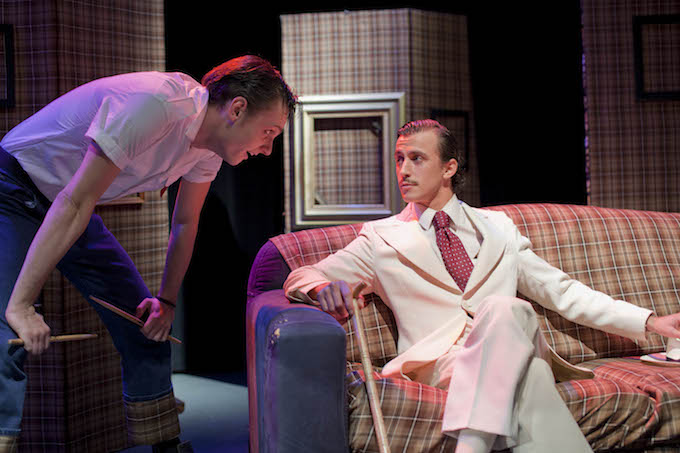 Another hurdle to overcome is the lack of getting word out. “Due to our limited resources, we don’t have a lot of opportunities to advertise, other than through posters, our annual programme, our newsletter, and our Facebook site. It’s is largely up to the public to actively look for plays and other events that are going on in town.” A complaint and shared frustration from both ends, venues as well as the public.

The Théâtre de la Cité has a longterm plan to coax the public through its doors though. Cécile is convinced that young visitors are key to building a loyal repeat audience. “We offer a very strong program specifically for children and youth – even for an audience as young as nine months old. Theatre doesn’t always need words, it’s the emotion, the images, and the experience that leaves an impression. We teach kids that theater is enjoyable, and they will take this knowledge with them as they grow up, and come back. And of course, through the kids we also have access to the parents who accompany them.”

With the Côte d’Azur being increasingly multicultural, this is also a good time to build a bilingual repertory. The Cité has even invited international companies that play in their native languages, such as Russian and Italian. With a view to the local expat community, Cécile would love to put on more foreign language plays but fails to find local bilingual companies, especially those playing in English. “We’d love to do a Shakespeare play but we can’t afford to bring in companies from Paris who could do that”, Sylvia Scantamburlo adds.

But those companies that do visit, like it. “It makes us feel really good that almost all visiting companies, once they played here, really want to come back. We have built a great network of troupes and artists by now.” And those include big headline names in the acting industry – a sign just how well loved and respected La Cité is. But the theatre also offers young companies opportunities to showcase their artistic creations during its annual “Festival Jeunes Pousses”, and encourages them to push the envelope, take risks, experiment, and use its rehearsal space – a rare invitation the young ones greatly appreciate.

20 years in, the Théâtre de la Cité is a dynamic, vibrant, ever-evolving place, very much a “neighbourhood” theatre, a living stage serving Le Tout Nice, young and less young alike. To keep the repertory interesting and varied, the Cité’s own company, Miranda, represents one third of the playbill, with the other two thirds evenly split between local and national companies.

Variety is the spice of life, and that of the Cité: there are concerts and dance and all sorts of other creative activities. “Without the public, culture dies”, is Cécile’s belief. But if culture is delivered the way the Théâtre de la Cité does it, there is no danger of its premature death. We have marked our calendar to report back 20 years from now, when there are 40 candles on the birthday cake.