Opéra de Monte-Carlo presents Antonin Dvořák’s most famous opera, Rusalka, in a co-production with the State Theatre of Nuremberg.

Rusalka, a three-act conte lyrique by Antonin Dvořák, received its première at the National Theatre in Prague on 31st March, 1901. It is a fusion of magic, Czech folklore and mythology, its score inspired by tunes and harmonies typical of the ancient folk melodies of the composer’s native land.

The libretto, by poet Jaroslav Kvapil, is based on the fairy tales of Karel Jaromír Erben and Božena Němcová and tells of a water nymph, Rusalka, who falls in love with a human prince whilst he’s out hunting near the lake in which she lives.

According to Slavic folklore, rusalki – female ghosts, water nymphs or mermaid-like demons – are the spirits of girls who died ‘before their time’ and who returned to our world, inhabiting places near to where they had once lived and died.

Wishing to become human, Rusalka sings the most famous aria of the opera, her Song to the Moon, in which she pleads with the moon to tell the prince of her love for him.

She drinks a potion given to her by a witch, Ježibaba, despite the warning that by becoming human, she will lose the power of speech, and if she is betrayed by the prince, both of them will be eternally damned.

Ultimately, when the prince betrays her, he dies, and Rusalka returns to the depths of her lake as a demon of death. 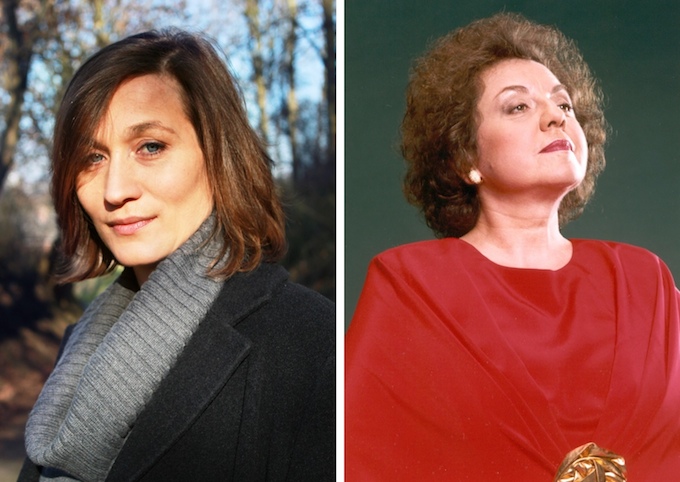 The role of Rusalka is sung by Dutch soprano Barbara Haveman (pictured above – left), the prince by Russian tenor Maxim Aksenov, and Ježibaba by the Polish-born coloratura contralto, Ewa Podles (pictured above – right).

Directed by Lawrence Foster, this production features the Choir of the Opéra de Monte-Carlo – under the direction of Stefano Visconti – and the Monte-Carlo Philharmonic Orchestra. Design is by Dieter Kaegi, décor and costumes are by Francis O’Connor, with lighting by Olaf Lundt.

Opéra de Monte-Carlo presents Rusalka at the Salle Garnier at 8pm on Friday, January 24th (gala performance), at 3pm on Sunday 26th and 8pm on Wednesday 29th January, with a special concert for a younger audience at 8pm on Friday, 31st January. Tickets cost from €40 and may be reserved online.