Wherever there is a stage, Shakespeare’s wisdom is not far. The City of Nice has taken the famous Hamlet quote to heart.

Culture is one of the issues dearest to the heart of Niçois mayor Christian Estrosi. Small wonder therefore that theatre has increasingly become a matter of priority to him. In a recent meeting which united key players from the performing arts – actors and directors, educators and students, Diacosmie and Opéra, and influencers from cultural, political and media organizations – Mr. Estrosi laid out his strategic vision for the theatrical landscape in Nice, shining the spotlight on the great work of local Thespians, and the crucial role theatre as a medium has in today’s world.

It is an exciting time to be involved in theatre in Nice right now. Something is definitely moving in the right direction. Up until a couple of years ago, among the abundance of theatres and companies that called the Azurean capital their home, only two had really distinguished themselves notably beyond the borders of the Countéa: le Théâtre National under Daniel Benoin whose preference for plays that did well in Paris appealed mostly to the cultural elite in town, and the Théâtre Municipal Francis Gag, much-beloved purveyor of local tradition and culture. 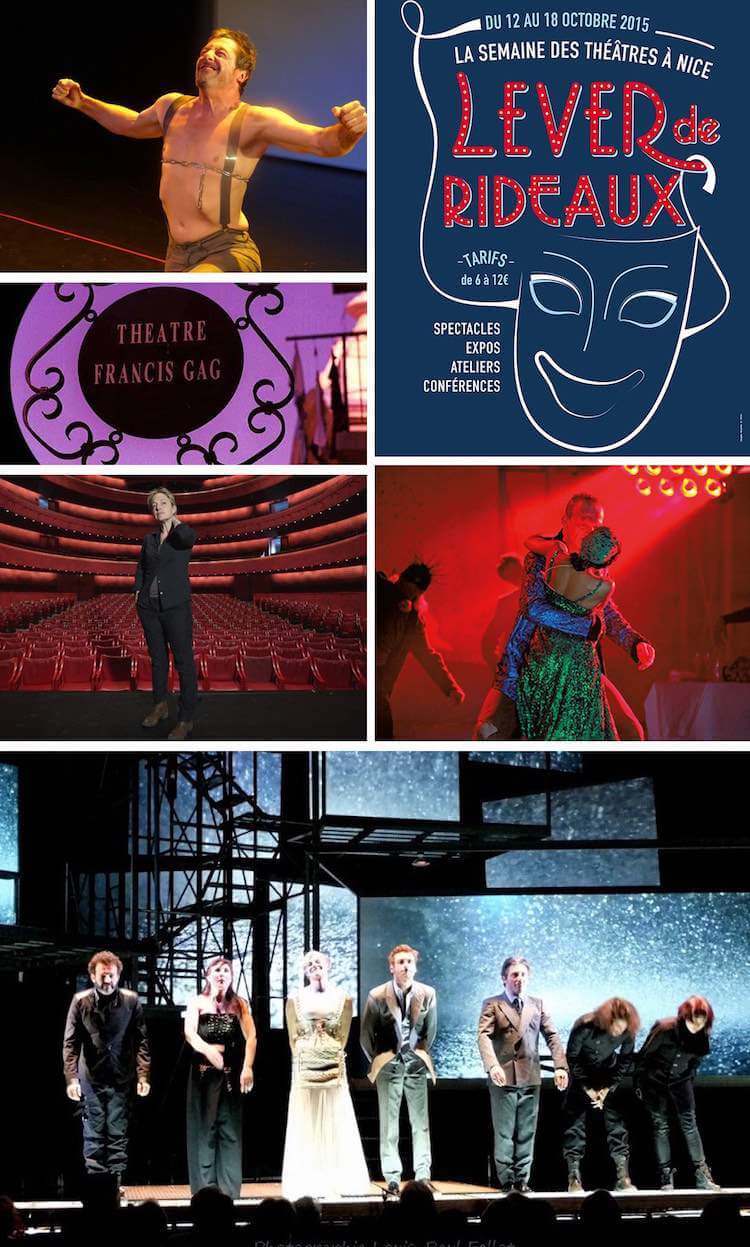 But then some things happened. Daniel Benoin moved one town over to Antibes to head up the new anthéa. Irina Brook took over at the TNN, bringing with her a whiff of fresh air, pushing the envelope with big-city ideas, and starting to democratize theatre for all. And City Councilor Jean-Luc Gagliolo was put in charge by Christian Estrosi to bring structure and cohesion to the disjointed community of actors and directors.

New brooms sweep clean, as everyone knows, and they soon started removing the dust that had settled in over decades. Several City-backed initiatives were kicked off to give their work greater visibility and importance. Under Jean-Luc Gag’s leadership, the weeklong Lever de Rideaux festival in October 2015 was the first major one, and over the course of a week, 23 venues all across town showcased their talent and diversity in no less than 96 plays. This event was in fact such an extraordinary success that Mayor Estrosi has just extended the original one week programme to two weeks as of 2016.

To reinforce the important role theatre has not only as entertainment but as a fundamental element in today’s political and social landscape where culture serves as a vehicle to educate, convey messages, open minds, and differentiate pragmatists from fundamentalists of all persuasions, Christian Estrosi now followed up with a presentation of his roadmap. Increased intersection with other artistic disciplines, institutions, and events such as the Book Festival, greater presence across town at venues such as libraries or the TNN kiosk, and an efficient partnership with the City, such are the marching orders he issued. Even the national employment agency Pôle Emploi is tasked to create structures for culture workers to ensure their economic safety. “Bringing together and working together, that’s more than just a principle, that’s a method, and I believe no one is more competent to do just that than Jean-Luc Gag, with whom I share this desire to unite in order to build,” so Mayor Estrosi’s words. 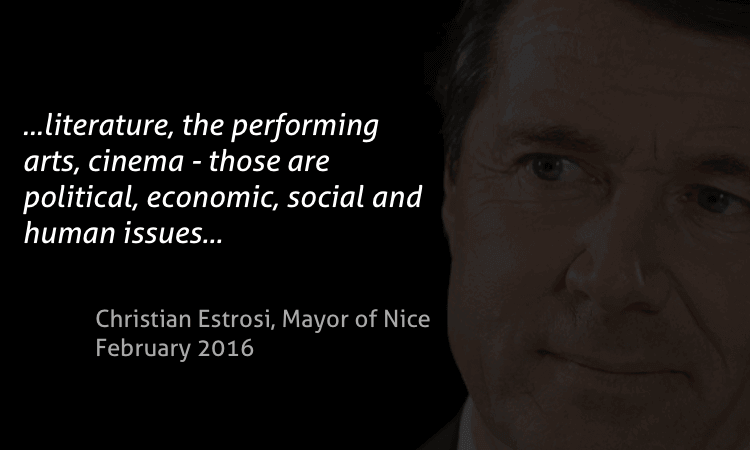 And Jean-Luc Gag, not only the city councilor in charge of theatre but also the grandson of legendary Niçois actor and humanitarian Francis Gag, accepts this tall order with great delight. “The takeaway from this meeting is that we are all deeply engaged in creating something great from the ground up, and, based on mutual trust and goodwill, we will all pour our heart blood into growing and strengthening the theatre scene in Nice, for the pleasure of those who make it and the pleasure of those who benefit from it, the public.”

A great venture indeed, and a challenge for sure in times where cultural budgets continue to be sparse. But “journeys end in lovers’ meeting”, to cite the immortal William Shakespeare again, and Nice has no shortage of theatre lovers on either side of the curtain. The potential is definitely there to turn the beautiful City by the Bay of Angels into one of France’s cultural crown jewels, especially now that regional funds and support are newly re-engaged in this longterm strategic programme. The local international community continues to hope that its constant requests and rarely satisfied desire for more foreign-language programming will eventually fall on receptive ears. And with the international flavour that Irina Brook brought to Nice a couple of years ago, and proactive and open-minded leaders like Jean-Luc Gagliolo, that hope may actually be justified. 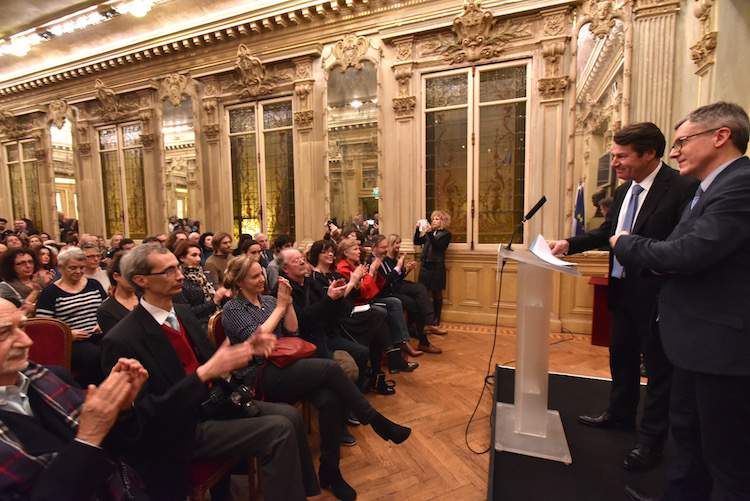