Theatre history will be written at the TNN from November 20-25 when Irina Brook hosts her father’s play The Valley Of Astonishment.

The French respectfully refer to him as a “monstre sacré” (giant) and the Germans call him “Urgestein” (bedrock). To the English and Americans he is simply Peter The Great. And all these labels aptly express the awe that Peter Brook inspires, and what he represents to the world of contemporary performing arts: an almost mystical, much-larger-than-life character …. someone who has been around since times immemorial, who has decisively shaped today’s world of performing arts, and who has an indelible influence onto its future, far beyond his body of work. From November 20 through 25, the Niçois have a rare opportunity to see one of Peter Brook’s master pieces, The Valley Of Astonishment, at the Théâtre National de Nice, when Irina Brook welcomes her illustrious father for a short visit.

Presented as a quasi-documentary, The Valley of Astonishment is not Peter Brook’s first venture into the depths and vaults of the human mind but it may be his most intriguing one. He and his collaborator of almost 40 years, Marie-Hélène Estienne, take a look at the mysteries of the brain. “The audience watches individuals on stage for whom music, color, taste, images, and memories trigger experiences of such intensity that they find themselves transported from paradise to hell in a flash,” the venerable director explains. 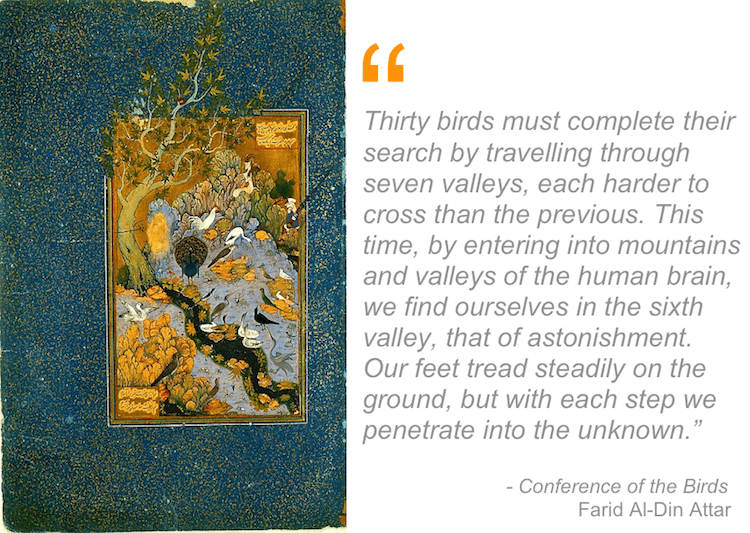 “Theatre exists in order to astonish us and must combine two opposite elements – the familiar and the extraordinary,” is Peter Brook’s credo. And based on it, he puts his magical light touch on a heavy subject, endowing it with typical British humour and lightness. Carried on musical wings, three extraordinary actors – Marcello Magni, Hector Flores Komatsu and Kathryn Hunter – bring their characters to life with rare fragility and charisma.

First created for the Théâtre des Bouffes du Nord in Paris in April 2014, The Valley of Astonishment has been touring the world since to glowing reviews, proving that the 90 year old Eminence Grise du Théâtre still shows his mettle, and nothing can slow him down.

Coming to Nice is a special event in this play’s history though… it’s where Brook meets Brook – Irina, the mistress of the House and Peter, the Living God of Theatre. Although both will forever be mentioned in the same breath, the TNN director has successfully stepped out of her father’s shadow many years ago, forging a reputation as a capable artistic director for herself. Since her arrival in Nice in 2014, the theatre has become a place where popular entertainment meets decisive engagement for saving our planet. While the topic of the human brain, at the center of The Valley Of Astonishment, may not immediately seem to fall under this headline, it couldn’t be more closely linked to it: physical and environmental health go hand in hand with mental wellbeing.

This is the second special Brook rendezvous at the National Theatre… with Le Tout Nice still fondly remembering the March 2015 reading, when Natasha Parry still shared the stage with her husband and daughter. Sadly, the beautiful and talented British actress has since left us but her presence and influence are still felt, having informed the work of Peter and Irina in many ways.

The Valley of Astonishment – in English with French surtitles – is an unmissable moment of humanity, moving, intimate, profoundly touching, as always with Peter Brook. Do reserve your tickets soon, they will go fast. 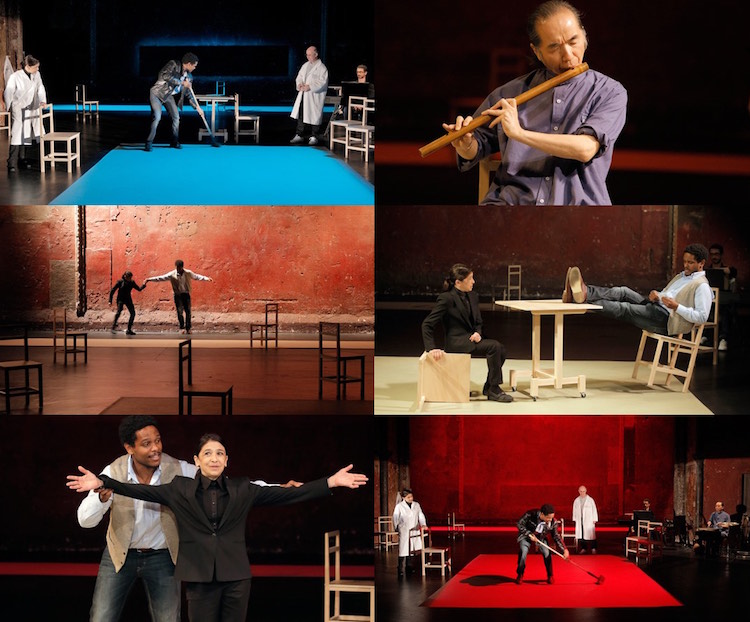 Riviera Buzz would like to thank the Théâtre National de Nice for its generosity to offer our readers 10 tickets for each performance of the Valley of Astonishment. Further details about the competition to follow, so do stay tuned!