A beautifully curated exhibition honours the exceptional career of the Austrian actress loved and revered by France and the world, who left the stage of life far too young

Romy Schneider… even in today’s fast-paced world, her name is carved in stone as a timeless actress of ethereal beauty and with a life that was as romantic as it was tragic. In the German-speaking world where her roots were, she was – and always will be – Sissi. In France, she was the quintessential movie star, the on- and off-screen companion of men who themselves marked French film history, and the muse of fashion designers, notably Chanel.

Through 31 July, a well-designed exhibition at the Cinémathèque in Paris pays tribute to the artist whose myth lives on even 40 years after her untimely death at age 43. It follows Romy Schneider’s path from being an overnight success as a teenager to becoming a strong and surprisingly funny woman focused on freedom and women’s liberation through hard work and fierce independence.

Born in Vienna in 1938 into a family of notable actors and artists, Romy was only 16 when she starred in the role of Sissi in Ernst Marischka’s eponymous film based on the life of Austrian empress Elisabeth. Romy was hailed as “a national treasure” in Austria and Germany but she aspired to loftier goals and left her home town early on for Paris. She wanted to distance herself from the stereotype of a sweet and naïve girl, grow as an artist, and be free.

The French adored the delicate, graceful, and charming young woman who returned their love by seamlessly identifying with the culture, learning the language to perfection, and working with an iron discipline. Very soon she grabbed the attention of Luchino Visconti who pushed her to play theater…where she met a certain Alain Delon, who also stood at the beginning of a promising career. But all was not rosy. “In Germany, I had been struck off; in France, I wasn’t even ‘registered’ yet. I didn’t exist as an ‘actress’. I was known as the smiling partner of future worldwide superstar Alain Delon,” she said once. 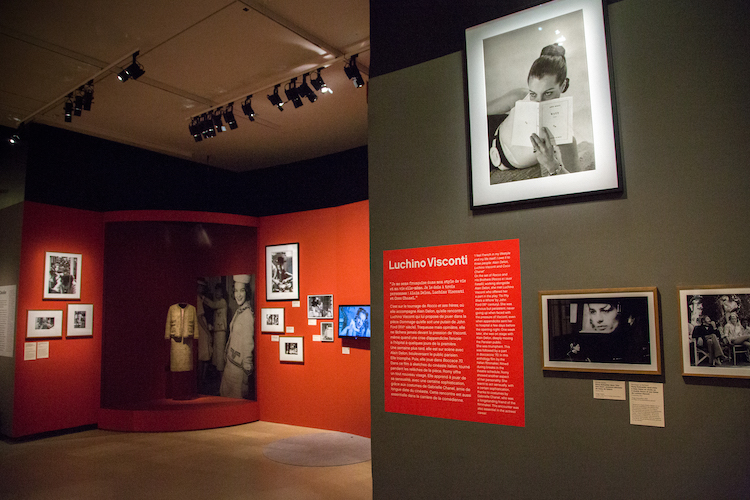 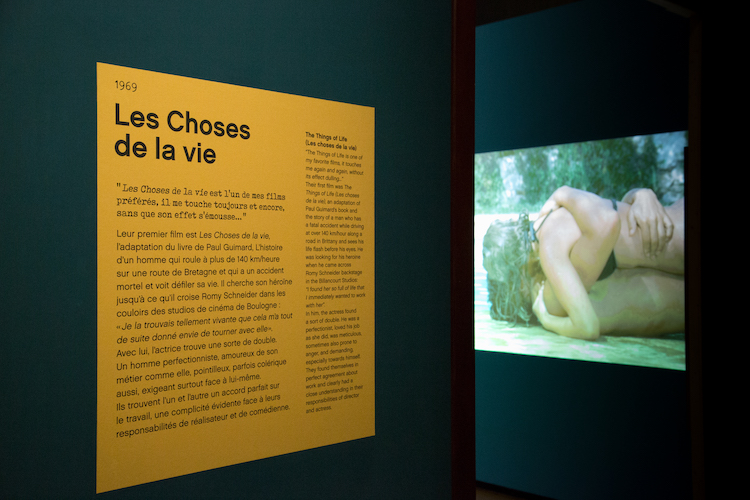 By now she famously shared her life with the notorious French actor, with all the ups and downs of the relationship played out in front of the public eye. But not content with the label of “Alain Delon’s sidekick”, she diligently developed her own career, working with the likes Alain Cavalier, Henri-Georges Clouzot, Joseph Losey, Claude Sautet, Orson Welles, or Claude Chabrol. And it wouldn’t be long until she made a reputation for herself as a serious and extremely gifted actor. Even Hollywood called, offering her the opportunity to collaborate with Otto Preminger, Jack Lemmon and Woody Allen, among others. Along with Marilyn Monroe, Romy became one of the most photographed women in the world. She was also one of the hardest-working artists in the movie industry: in the USA, she insisted on playing her roles in English, which she herself then dubbed in French and German.

“In two weeks, I’m travelling to madness. Hollywood! Saying no to what – and to those – that I don’t want is the great luxury I can afford now. I owe it to ten years of struggles and tears and honestly, it’s not paid very dearly.” — Romy Schneider

But Hollywood’s frenzy wasn’t for her, and she became homesick. Following her high-profile breakup with Alain Delon, Romy decided to write a brand new chapter of her life, settling in Berlin, Germany in the mid 1960s. She also tried to escape cinema and focus more on stage theatre but the scintillating temptation of the big screen proved too strong. It was also in Berlin where she met her future husband Harry Meyen with whom she soon had a son, David.

In 1968, Alain Delon was cast in La Piscine (The Swimming Pool), which would become one of French cinema’s cult films, and he insisted that Romy played alongside him. This would relaunch her career in France. Throughout the 1970s, several milestone movies followed in which she did not shy away from portraying complex characters in topics from prostitution to the Nazis. She was once and for all an acclaimed international film star. 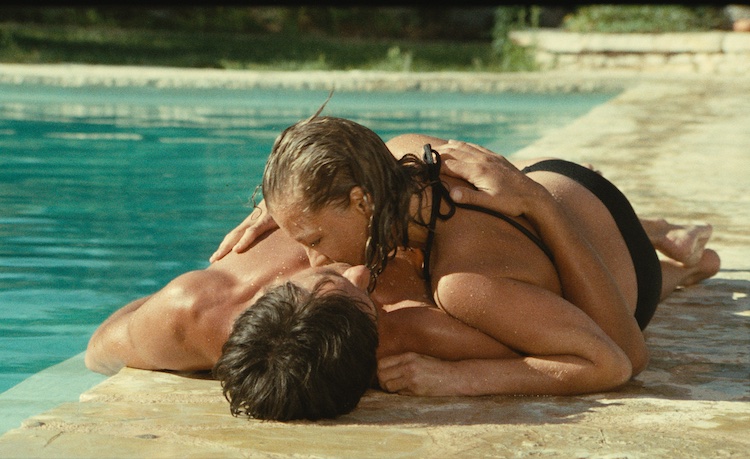 But for all the glamour and an exceptional life in the limelight, Romy Schneider also knew great hardships all throughout her life. Her marriage to Harry Meyen could not withstand the pressure, the couple divorced in 1975. The same year, she married her private secretary Daniel Biasini, but it would prove to be yet another short-lived relationship. With Romy now in her forties, roles also started becoming scarcer in the merciless film industry. She didn’t mind, but instead refocused on reading, writing, and growing as a multifaceted artist. She slowly retreated from the world, and even more so when her beloved son David died in a tragic accident in 1981, only 14 years old. 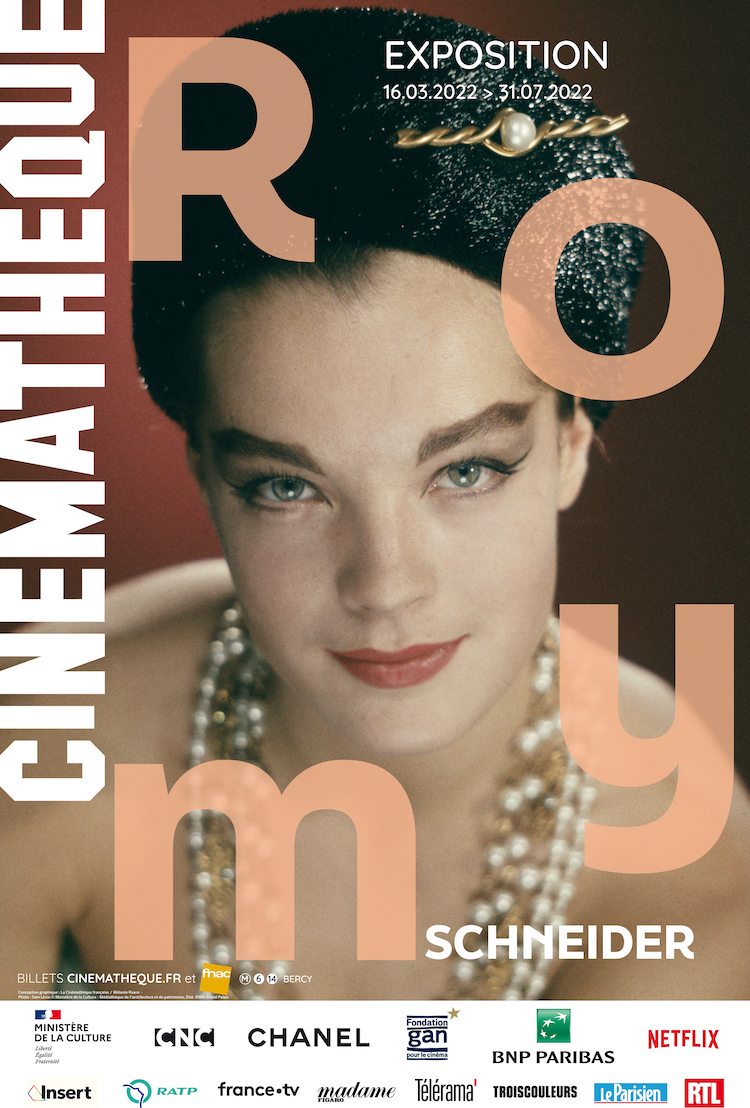 In 1982, German filmmaker Werner Fassbinder, who had dreamed of working with her for so long, offered her a role in his project Cocaine. But they would never have the time to meet in front of the camera. In the early morning of 29 May 1982, Romy Schneider was found dead in her bed. Her heart that had been broken so many times had stopped beating. She was 43 years old, leaving behind her four-year-old daughter Sarah.

In many ways Romy Schneider’s life resembled that of Empress Sissi, from her exuberant youth to a tragic end in self-chosen isolation. The exhibition at the Cinémathèque française brings the artist back to life through her roles, but also through her texts, diary, interviews, and photos. Based on the red thread of her romantic life, the exhibition helps us understand how the interpreter of Empress Sissi became an icon, the incarnation of the modern woman.

“In reality, I was simply ahead of my time. At a time when no-one was talking about women’s liberation, I undertook my own liberation. I forged my own destiny and I don’t regret it.” — Romy Schneider

Guided visits Saturdays and Sundays at 4.30 pm
Ticket: between €6 and €12, concessions available
Visitors must book in advance on cinematheque.fr and Fnac.com