Painting should evoke an emotion, a feeling or a reaction. Positivity is not often a reaction nor is, for that matter, humour. One day you find a painting, brilliantly composed with great solid colours, that jumps out at you and makes you smile and sense ‘that’ inner warmth.

I discovered Moustache Bleue and his fun work definitely works. Sure they are amusing and at the moment very much Nice orientated, but they give me something else, something deeper.

The characters themselves are perfectly defined. When there is dialogue, it makes me smile … not just once, every time. That is novel. At one level it appears naive … something they are certainly not. Moustache Bleue’s paintings are skilfully created with a certain purity that makes them engaging. Add in fish that are not in the sea, seagulls that smoke cigars and buildings that are so very Nice and then you end up looking at something unfussy and exceptional. 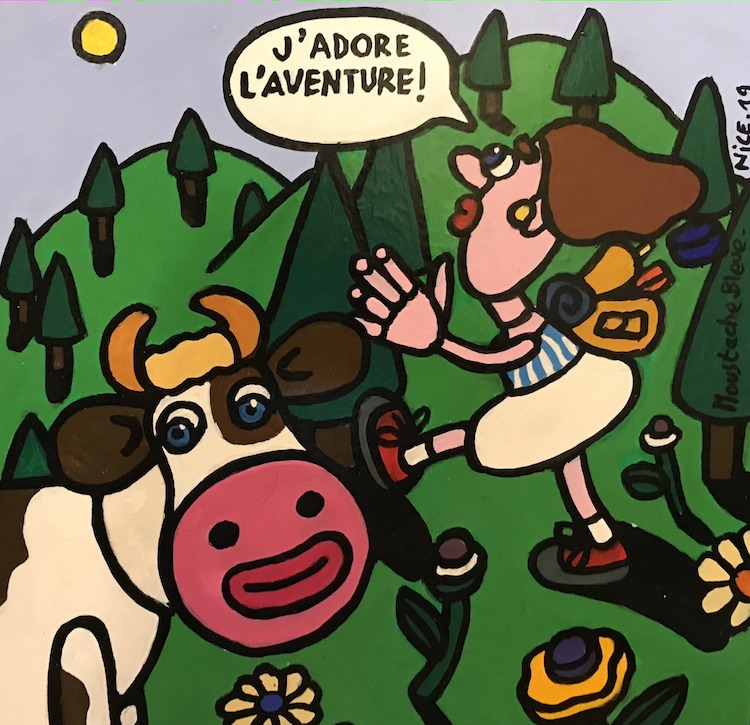 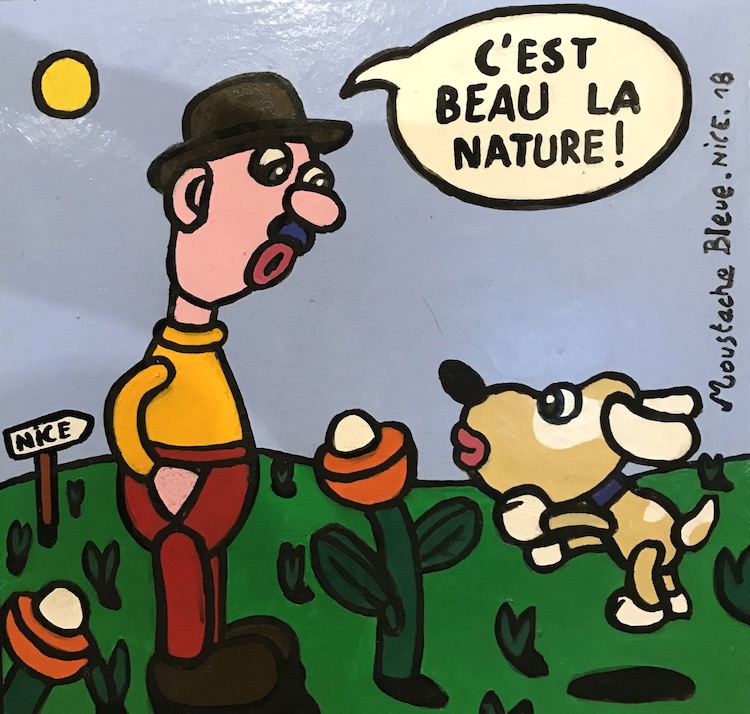 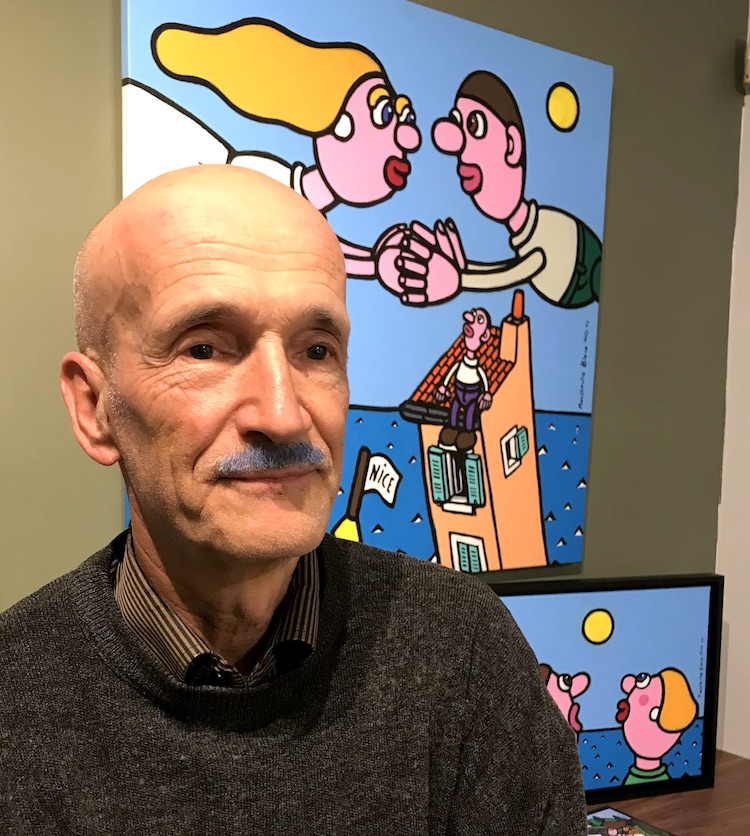 I found Moustache Bleue, or rather his paintings, at GravisArt Galerie in rue Droite (17) in the old town of Nice. I was immediately smitten. Then I met the man himself complete with blue moustache. Huh? How did that happen? Well, he did it for a charity function, he does a lot of that as he is a very giving person, and his children told him to keep it. So he did. The rest is history!

Moustache Bleue is very much a Niçois painter though he came to Nice from Paris a few years ago. In Paris he had a large studio with a following. His ‘boxes’ are well known. Like all artists he gravitated to the south and the light that is Nice and the Côte d’Azur … falling for what everyone falls for and loves about Nice. 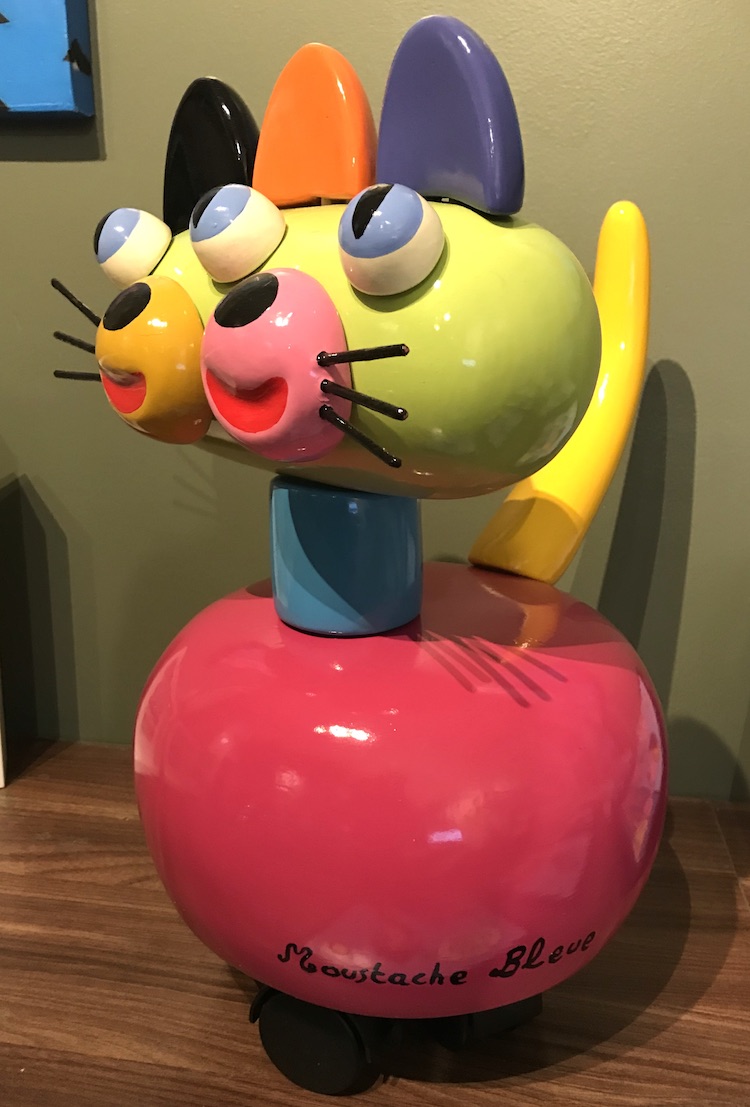 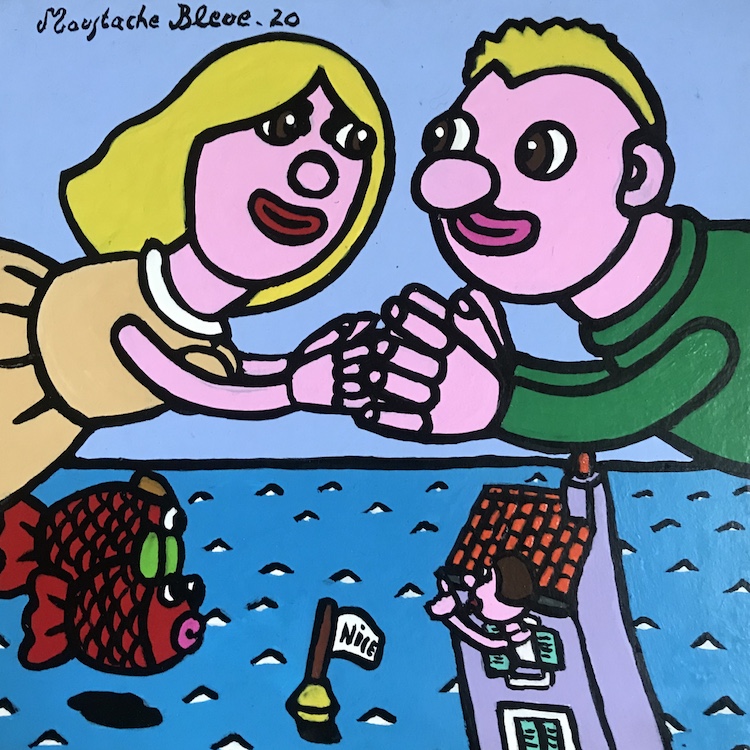 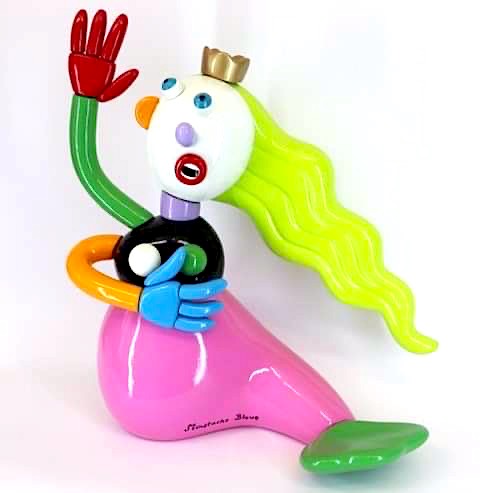 Currently he is moving his work into resin sculpture. They are beautifully formed in bright engaging colours. The humour, the joy, continues unabated. On one level they appear to be rather large children’s toys, on another they are works of art that deserve their own space. These one-off works are not inexpensive, obviously, but have an emotive traction that adds immense value. In doing this he is following in the tracks of other Cote d’Azur artists like Picasso and Matisse.

On a rare bit of empty wall in my home I now have small paintings by Jeff Hessing, Sven Vandenbosch, Maria Mikaleva, Richard Steele and now Moustache Bleue! Why? Because I particularly like what they do. And, yes, there are many artists such as my great friend and artist, Michel Anthony, that I cannot afford … yet! 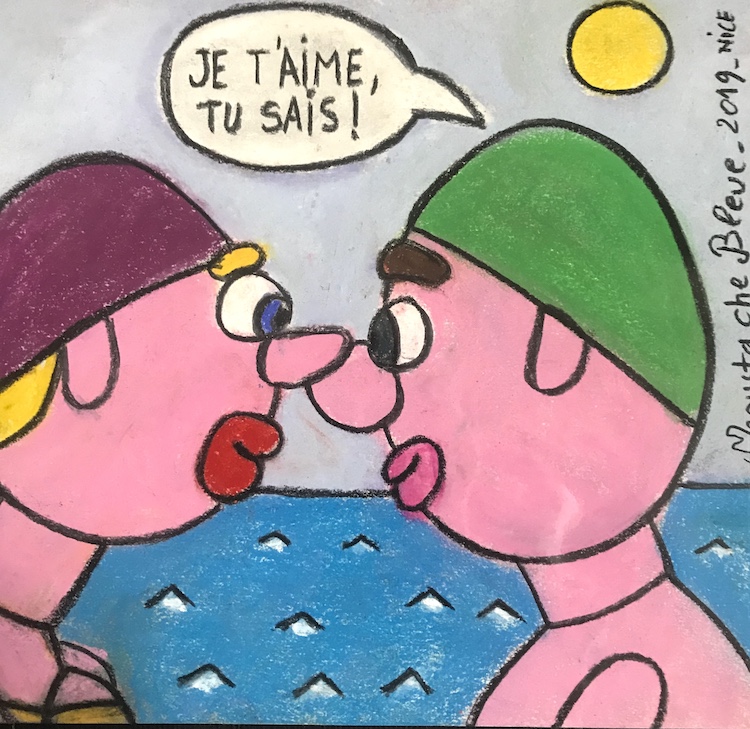 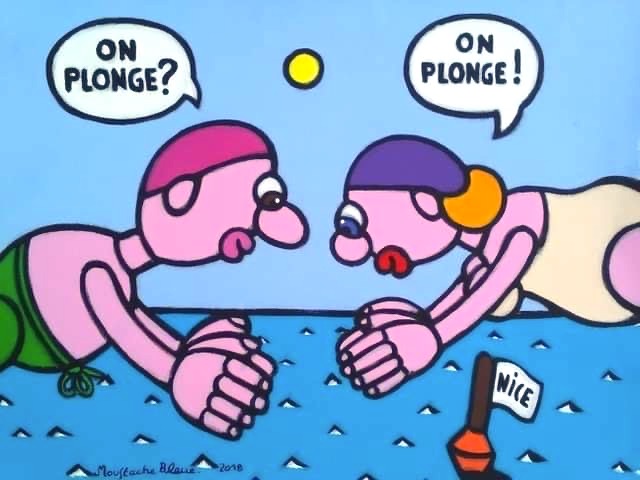 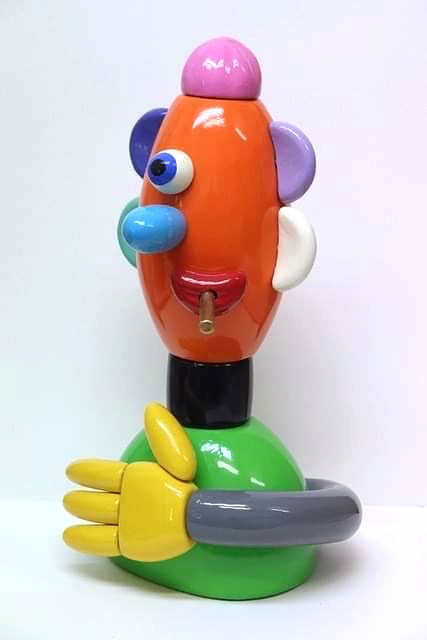 Check out Moustache Bleue’s paintings at GravistArt Galerie in Nice … follow him on Facebook and on Instagram where he posts drawings almost every day … they’ll make you smile!