Venice has just finished celebrating its 1600th anniversary and is now showing its hope for rebirth with a new monumental work of art. It is the new creation by Lorenzo Quinn called “Baby 3.0″, a symbol of rebirth and a tribute to the mystery of life that every human being shares.

More than 50 percent of Venice’s surface area consists of water, which is why the city has been on UNESCO’s World Heritage List since 1987. There are many theories of doom; for centuries the Venetians have been trying to save their city from the water. In the course of history, floods and high water have occurred time and again – but nowhere near as frequently as today. Acqua alta – the Venetians have learned to live with high water and until the city sinks, the Biennale and the Film Festival are held here regularly. When there is a danger of sinking, fantasies of dawn and departure also develop and in literature and art the extremes are pushed to the limit as if there were no tomorrow.

“After the pandemic, in the face of the drama of wars,” explains Lorenzo Quinn, “widespread poverty and serious environmental problems, it is necessary to reaffirm the value of life, to work for change and for the creation of a new humanity. This work is an expression of hope for the future, also for Venice. A baby, still in the womb, but ready for life”. 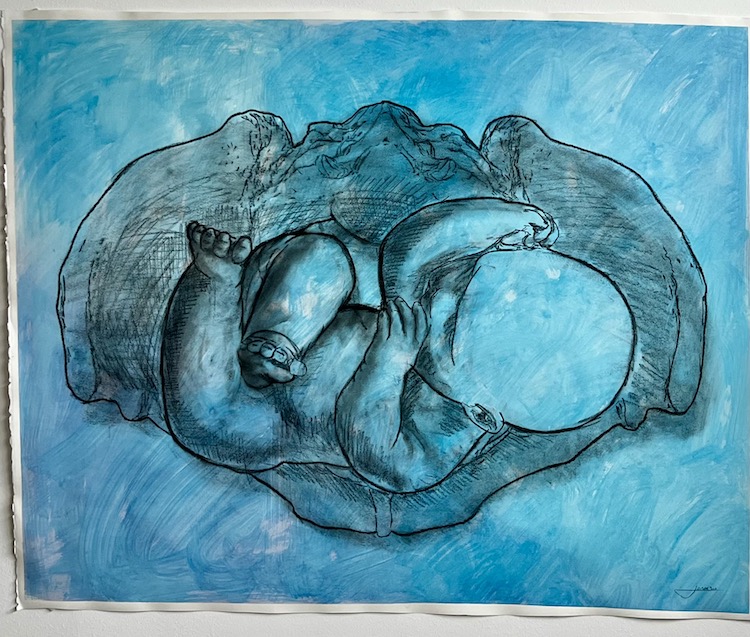 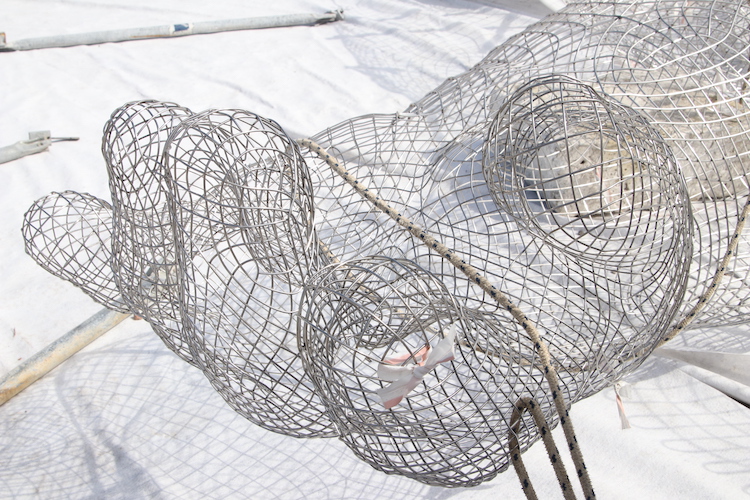 How could one not think of a connection between the womb of a woman carrying the Baby 3.0 in the work of the Italian-American artist and the basin of San Marco in the lagoon city, connecting it to the umbilical cord (the Grand Canal)! The living relationship between Venice and water, just as water is the source of all life?

Lorenzo Quinn – “the spitting image of daddy!” grandparents often say when they first look at their baby. But how far does the apple really fall from the tree?   The contemporary artist Lorenzo Quinn was born in Rome on 7 May 1966, the son of the Oscar-winning Mexican-American actor Anthony Quinn and his second wife, the costume designer Jolanda Addolori.

He studied art at the “American Academy of Fine Arts” in New York, worked in workshops and foundries both in Europe and the United States. His artistic output is impressive, this has brought him phenomenal success. The great masters have inspired him: Michelangelo, Bernini, Carpaux and also Rodin, which is why he often travelled to Italy in search of inspiration and knowledge. After he started painting in 1982, he soon realised that his work was missing an important component for him. Out of this creative necessity, he turned to sculpture, feeling that as a painter he had nothing to offer the world that had not been achieved by other artists before him. Working with sculptures enabled him to give the viewer an insight into his most intimate feelings.

Lorenzo constantly pursues this direct path of communication in all his works and his works have been part of many impressive private exhibitions around the world. Even the Vatican has commissioned him to carve the face of San Antonio in stone so that the 8th century, the century in which the saint was born, would be immortalised.  His monumental works of art in public spaces, as well as the smaller ones, convey his passion for eternal values and authentic emotions.  His most famous works depict expressive reconstructions of human hands: “I wanted to model what is considered the most difficult and technically challenging part of the human body,” he explains. “The hand holds so much power – the power to love, to hate, to create, to destroy.”   Lorenzo’s hands embody the universal values of wisdom, hope, help, faith, friendship and love. In their union, they represent the human ability to overcome barriers and act together. Quinn creates a powerful symbol here. In times of global crisis, he calls for cohesion. 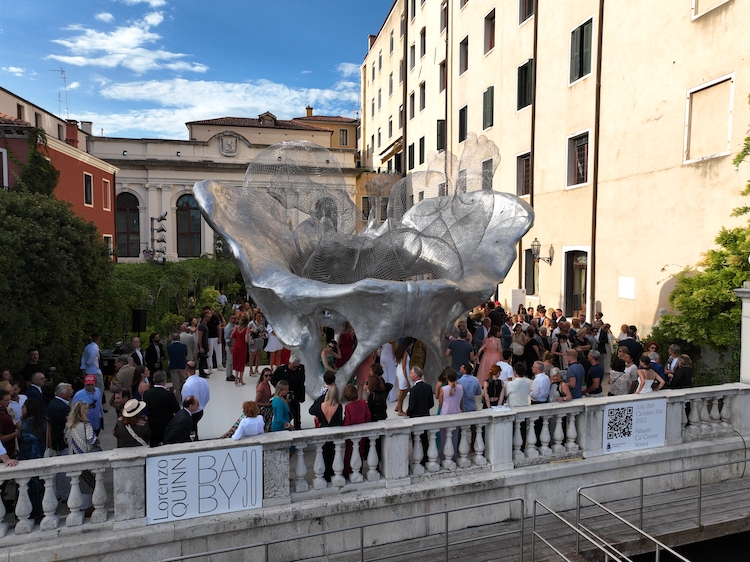 In 1988, he and Giovanna Cicutto married. After the birth of the first of three sons, they decided to leave New York and settle in Spain “because of its Latin character, passion and values for people and family”, he explains.  Quinn’s creative ideas sparkle with life: “Inspiration comes within a millisecond,” he says, because observing the everyday energy of life drives him to design.

Genetic researchers are certain: we inherit not only talents from our parents, but also the desire to train skills. Diligence is also inherited.   Anthony Quinn wrote several books and published his memoirs entitled `The Battle with the Angel` in 1972. He was also successful as a painter, sculptor and designer of jewellery and watches.   Baby humanity has a great desire to be loved by its mother Earth. Since it has repeatedly overstepped boundaries with its urge to unfold, this need is gradually weakened. This does not happen consciously, it is a function in the brain that has to happen: The state in which a brain, a whole human being, consumes the least energy is called coherence. This is achieved when everything fits together optimally. So this conflict between the needs of humanity and the limits of the earth creates a situation that disturbs coherence. This then quickly becomes uncomfortable because the nerve cells begin to fire in an uncoordinated way. We are then uncomfortable, we start looking for a solution, and if we can find that and overcome the challenge, this incoherent, energy-consuming state in the brain becomes a little more coherent again. So the child is then “voluntarily” ready to shut down its needs. 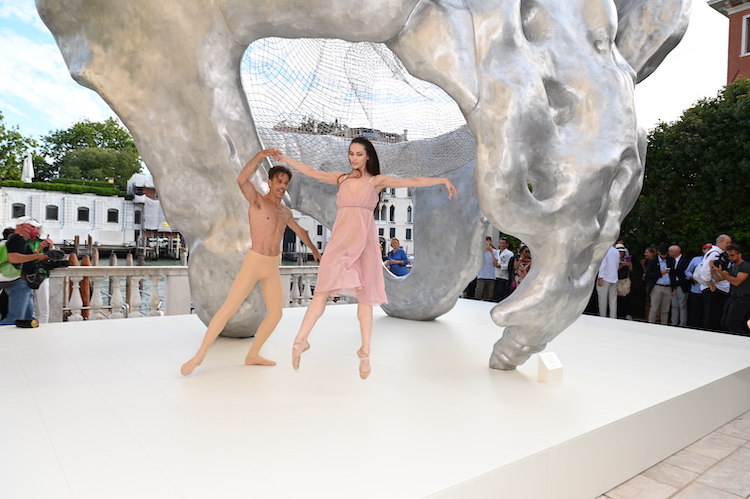 A birth is always unique and exciting, associated with the greatest efforts. “It is so satisfying to bring a work of art to life…” explains Lorenzo Quinn.

Lead image by Antonino Barbuto, all other photos as credited