Toulouse-Lautrec, who through nearly 400 posters featuring Paris’ most popular places of entertainment, was the quintessential chronicler of the French capital’s colourful nightlife. This summer the village of Tourrette-Levens is holding an interesting exhibition dedicated to Toulouse-Lautrec’ cabaret scenes , just one year after displaying his prints and posters about circuses.

Thanks to 22 lithographs, numerous magazine covers and programmes that come straight from the private collection of Jean-Pierre Gimbergues, as well as original pieces provided by Alain Frère who works as an artistic advisor for the international Circus Festival of Monte-Carlo, visitors can discover a bohemian culture of entertainment and debauchery that was worlds apart from Toulouse-Lautrec’s aristocratic upbringing in provincial France.

Born in the southern town of Albi, the artist was related to the counts of Toulouse, who had once ruled over the Languedoc region and his father was an eccentric nobleman who hunted falcons and collected exotic weapons. After falling and breaking both legs when he was still a child, the young Toulouse-Lautrec was barred from many activities. He never healed properly and while his torso kept on developing normally, his legs were permanently deformed, condemning him to becoming a mere observer of the life around him. With his mother’s encouragement, he began drawing and painting in his teenage years.

Upon settling in Paris, Toulouse-Lautrec mingled with the city’s most avant-garde artists and frequently showed his work in independent exhibitions. The artist was already a well-liked and well-established painter when he was commissioned by entertainment sites in Montmartre to advertise their spectacles. 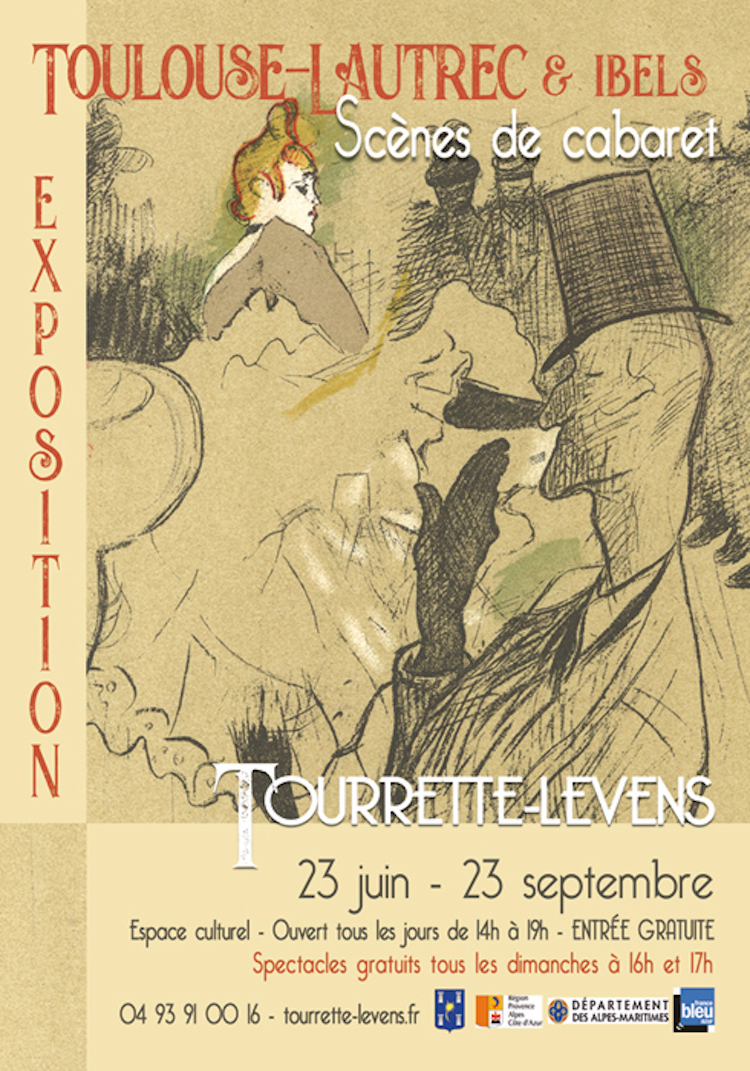 After spending the first part of his career producing paintings that mostly represented everyday and gritty situations, he started releasing posters that showcased the fanciful nature of Parisian life. To do so, Toulouse-Lautrec mostly focused on the entertainers, usually real-life individuals. Thanks to his objectivity and unusual point of the view but also through strong silhouettes and the use of colour, both garish and artificial, he managed to capture the unique atmosphere of the cabarets and to provide psychological insight into the dancers and the patrons.

The exhibition “Toulouse-Lautrec et Ibels, scènes de cabaret” runs at the Espace culturel until the 23rd of September, every day from 2pm to 7pm. Entrance is free.