After two years of a pared-down programme, the 2022 edition of Nice’s beloved musical summer highlight, is finally back to its old format, and stronger than ever.

France has a longstanding love affair with jazz, and French towns outbid each other every summer to feature the top performers from around the world. But when Nice calls, the “Who is Who in Jazz” answers. Nice is, after all, where jazz festivals were born in 1948. And after the last two meager years – pandémie oblige ! – this year’s star-studded line-up pulls out all the stops. From July 15-19, thirty acts from around the world converge on two venues on place Masséna and at the Théâtre de Verdure to showcase the full diversity of jazz. 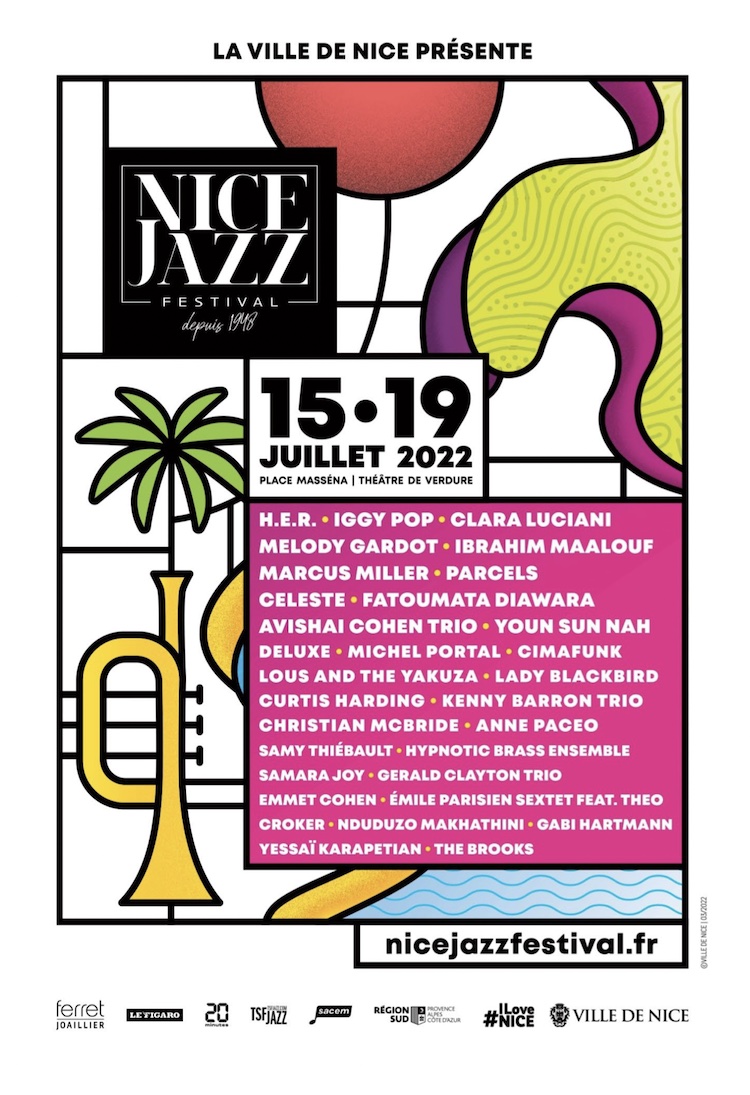 For the festival’s big comeback, legends and newcomers will be there. Charles Tolliver celebrates the 50th anniversary of the Strata East label, and Michel Portal blows out 85 candles on his birthday cake. Israel’s top bassist Avishai Cohen and Melody Gardot represent the generation that walks in the masters’ footsteps. Regulars like Ibrahim Maalouf or Youn Sun Nah appear with original projects made just for the NJF2022. Parcels and Clara Luciani heat up the dance floor. And Emmet Cohen, Samy Thiébault, Yessai Karapetian, Samara Joy or Gerald Clayton carry on the Niçois tradition of giving up-and-coming artists their first big international stage in the city by the Angel Bay.

The honour of the opening concert on 15 July goes to French breakout stars Emile Parisien Sextet, while Iggy Pop, veteran punk rocker turned jazz musician closes out this year’s edition on the 19th. Even before the Nice Jazz Festival opens, the Jazz Off starts on July 6, putting the Niçois in the mood to swing and groove in various venues all across the city (see programme for details).