Nearly twenty years after it premiered in Paris to both critical and popular acclaim, musical spectacular Notre Dame de Paris is coming to Nice for a three day run this April.

Set in 15th century Paris and based on the Victor Hugo masterpiece, the highly popular musical tells the story of Notre Dame cathedral bell ringer, the hunchback Quasimodo, and of his hopeless devotion for the beautiful gypsy girl, Esmeralda, who is being lusted after by the handsome, yet unfaithful, captain of the king’s archers, Poebus, and by Frollo, a priest torn between his faith to God and his desires of the flesh.

As Gringoire, the poet, helplessly witnesses the tragedy unfold, the six other principal singers perform the beautiful score, composed by Richard Cocciante, with lyrics by Luc Plamondon, and which includes Le Temps des Cathedrals, Belle, and Vivre. Meanwhile, some 24 dancers and acrobats fly across the stage, break dance and gracefully arch their bodies to create an atmosphere similar to that of a French circus.

This poignant tale of impossible love may not have a happy ending, its many interwoven storylines remain today more relevant than ever with topics such as racism, refugees seeking asylum, and the role of religion. Hence the standing ovations every night!

Notre Dame de Paris has already attracted audiences of more than four million in France alone, and has been staged in more than 20 other countries, from Italy and the United Kingdom, to the United States and South Korea.

Only time will now tell whether the musical becomes the new Les Mis, but there is little doubt that it will capture many more hearts in the years to come with its timeless story of love and betrayal. 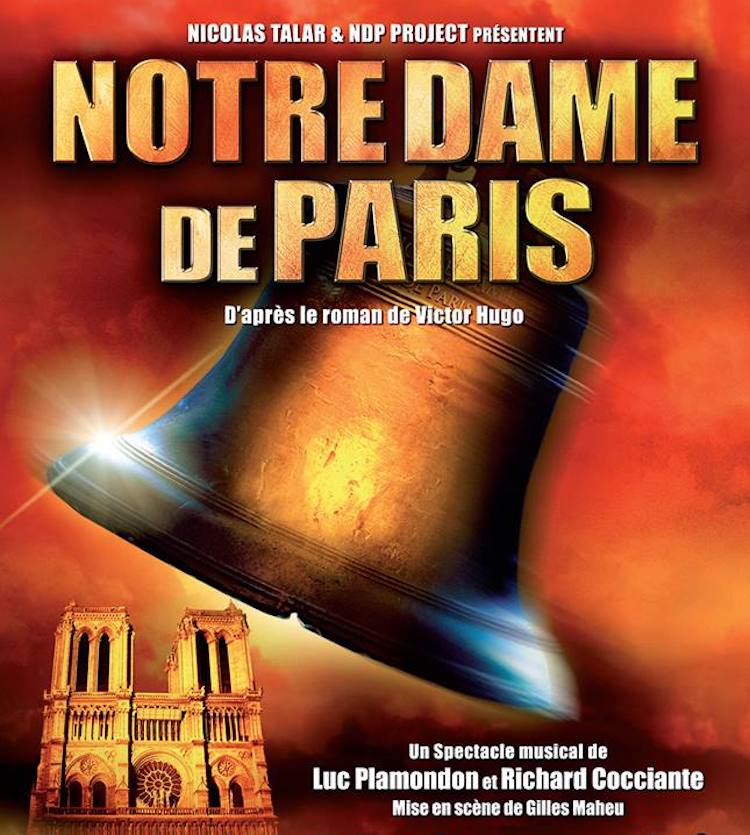 Notre Dame de Paris runs from the 21st to the 23rd of April at the Palais Nikaïa in Nice. Tickets range in price from 28€ to 69€ and can be purchased through all the usual outlets or reserved online.