Between glamour and tragedy, a new photo exhibition in Aix-en-Provence shows how Marilyn Monroe fashioned her legendary image.

In the mind of many people around the world, she was the ultimate sex-symbol, and decades after her death, it is undeniable that her image still remains closely linked to the golden years of Hollywood and the American Dream. And because Marilyn Monroe loved the camera and was loved in return by photographers, the Hôtel de Caumont in Aix-en-Provence is now celebrating the glamorous icon with a beautiful exhibition entitled ‘Marilyn – I Wanna Be Loved By You’. The exhibition runs until next Spring.

Curated by Sylvie Lécallier, head of photo collections at the Palais Galliera in Paris, and Olivier Lorquin president of the Musée Maillol in Paris, this event presents some sixty photographs, mostly on loan from private collectors. The photographs were taken by some of the most famous artists of her day, such as André de Dienes, Milton Greene, Eve Arnold, Cecil Beaton, Sam Shaw, and George Barris, as well as numerous multimedia materials, showing how the actress skillfully managed to create her own legend.

From a very young age, Marilyn had developed a strong interest in photography, devouring movie magazines to escape her sad childhood, and through the lens, we see her transforming herself from a shy starlet named Norma Jean to the sex goddess that so perfectly captured the collective imagination.

As for the blonde bombshell, posing for photographers was not only a way to enter a fantasy world in which she played a role, it also became, towards the end of her life, her only mean to set aside the fictional character she had created and show her true self. For a long time, she was seen as the embodiment of the ideal woman, beautiful beyond words and seductive, but also slightly dumb and uneducated. But through the years, she started cultivating her interest in poetry, art, and literature, reading many books, and marrying writer and intellectual Arthur Miller. And at the same time, thanks to the trustful relationship she had with photographers, she came to give a glimpse of who the real Marilyn was; a seductive and playful diva, yes, but also a fragile and vulnerable woman. 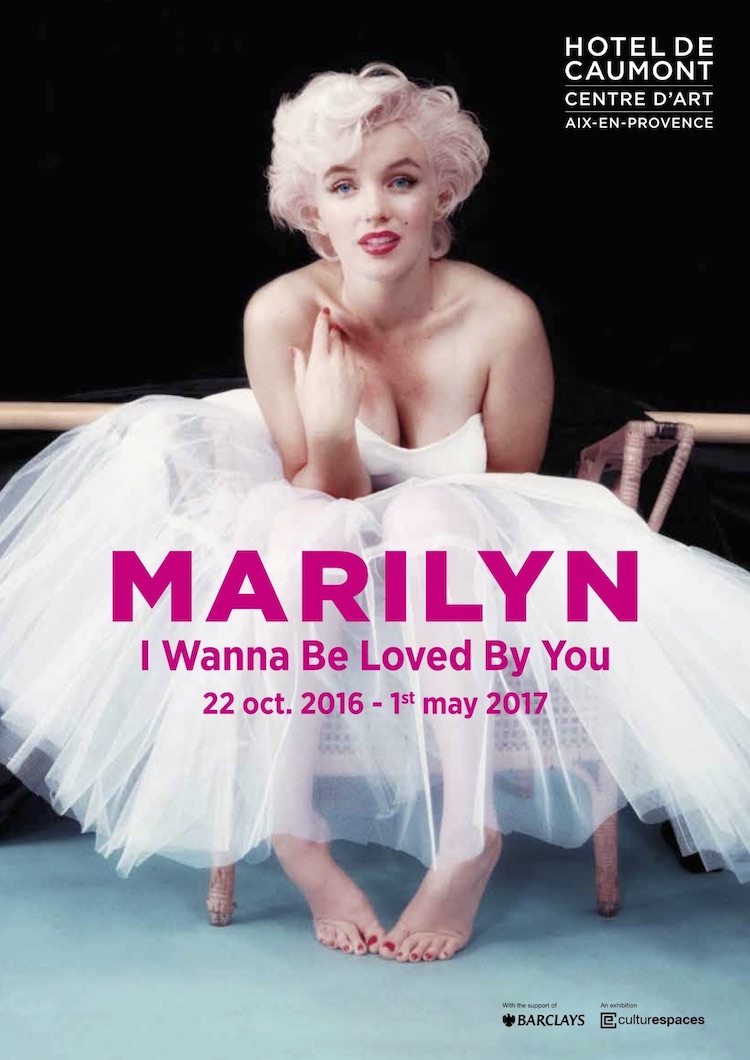 This will to control her image is clearly evident at the end of the exhibition, when on the contact sheets of “The Last Sitting”, the photo shoot the star did with Bert Stern just six weeks before her death, the pictures she did not like are simply crossed out.

‘Marilyn, I Wanna Be Loved By You’ runs until the 1st of May, 2017 at l’Hôtel de Caumont in Aix-en-Provence. Open every day from 10 am to 6 pm. Regular ticket costs 13€, and reservations may be made online.