After a four-year hiatus, everyone’s favourite Irish dance group is finally back in the South of France with two shows in Cannes. Run and fight for tickets!

It was too good to be true: Irish Celtic, the legendary dance company from the Emerald Isle, was going to ring out 2021 and say hello to the first day of the new year at the Palais de Festivals in Cannes. People from near and far were vying for tickets. Unfortunately, the two long-awaited events had to be cancelled on short notice due to the degrading sanitary situation. But the indomitable spirit of Ireland prevailed, and the show is finally back on the calendar for two catch-up performances on Saturday, 12 February at 2pm and 8.30pm.

Irish Celtic – that’s 30 of the Island’s best dancers and a band of extraordinary musicians presenting a jubilant, exhilarating celebration of Ireland’s culture. Entirely live-performed, it has already attracted over one million spectators across Europe. It seems that nobody can resist the joyful songs, the quaint charm of an Irish fiddle, or the energetic rhythm of a two step dance…

After “Generations” and “Spirits of Ireland”, the third and final chapter of the Irish Celtic saga,”The Road of Legends” takes us back to the iconic Paddy Flynn and his traditional “Irish Celtic Bar”, a pub that has seen decades’ worth of laughter, music, and joyous banter. Getting up there in age, Paddy is ready to hand the reins over to his son, but lazy and carefree Diarmuid would rather dance and drink a good Guinness or whisky himself before serving it to the pub customers.

Paddy therefore decides that before becoming a publican, his offspring first needs to better understand the history and culture of his country. Between drinks, Paddy tells Diarmuid his own story, and that of the Emerald Isle and its legends – a story that has made music and dance a way of life across generations. 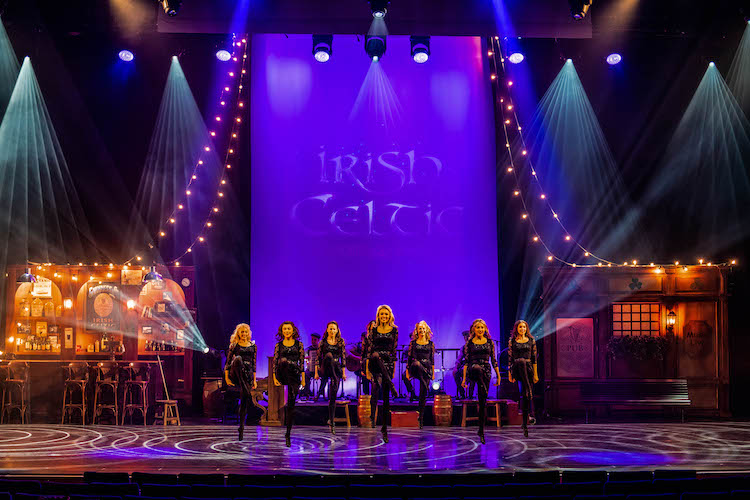 Spanning centuries, the show is a vibrant (re)discovery of legendary Irish songs, traditions, and myths. Twenty tableaux, accompanied by a live orchestra, illustrate Paddy’s humourous anecdotes as he retraces history. We meet druids, suffer with the people during the Great Famine, travel in the bowels of the Titanic alongside hopeful Irish emigrants on their way to the New World, and listen to the film tunes of Braveheart (which was shot in Ireland, not in Scotland!) and Gaël’s Song from the Last of the Mohicans. Forays into contemporary music like that of Jean-Jacques Goldman or Lady Gaga, skillfully blended with the unique musical heritage of beautiful Éire, only enrich the story by showing the huge impact the small country has had on the world.

“This will be the most fun of the three installments because we really gave it our all!”, choreographer Ciaran Connolly explains. “You know, you always go on holiday far from home and while you love your country, you know it so little about it! Well, here we’re going to get to know it! We’re going to reveal the essence of an authentic Ireland, and its beauty, legends, secrets, and identity.” 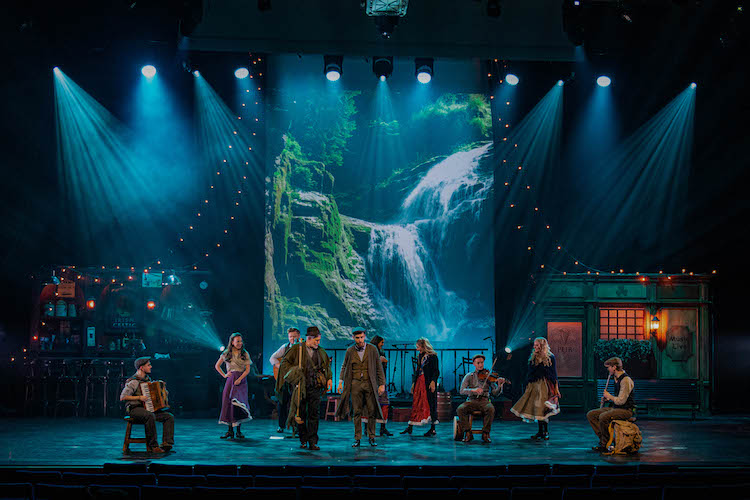 We are sure that after this action- and fun-packed musical show you’ll come away with even more appreciation for the Emerald Island and its gregarious people who love life, music, dance, good lore, and a great drink with friends. And as they say in Ireland when they raise a glass to toast your good health: “Sláinte!”

Only a few tickets remain for Cannes – book yours now. The company is on an extended tour through France and Europe in 2022, check Irish Celtic’s website regularly for updates on new dates as well as rescheduled ones. 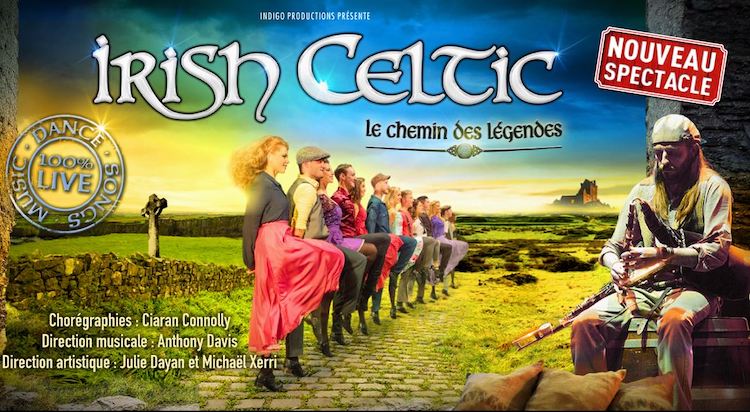 Tickets that were already purchased for the cancelled shows are still valid as follows:

Simply request the change by mail billetterie@palaisdesfestivals.com or directly at the Tourism Office, located next to the Palais des Festivals (open daily from 10 am to 6 pm, phone 04 92 98 62 77)