France’s biggest-selling rapper Claude M’Barali, better known as MC Solaar, is back after a hiatus of more than 10 years with a new album, Géopoétique, and a tour that will take him to the Palais Nikaïa in Nice at the end of the year.

A welcome return from a man who has helped introduced rap into the musical mainstream in France and who now ranks among the country’s best songwriters, thanks to his complex wordplay, his fluid phrasing and his finely-crafted, yet dense, lyricism that reflects the world we live in and the concerns everyone faces. For example with Sonotone, the first single from his new effort, MC Solaar talks about a man who refuses to grow old.

As the artist recently said: “I only take the pen when I have a purpose. I experience and go through different things. I keep them in mind and I think this kind of frustration really creates the magic.”

Born in Dakar in 1969, the singer moved to France when he was only 6 months old. In the suburbs of Paris, he discovered the struggles most migrants are faced with, but also rap music. The first song he recorded in 1990, « bouge de Là » proved an instant hit and his debut album which was released the following year, « Qui sème le vent récolte le tempo » marked the debut of a huge string of successes in France as well as overseas.

Indeed, even though MC Solaar is often compared to famed poet Paul Verlaine, one does not need to understand French to appreciate his songs. He is definitely a charismatic performer with a great sense of rhythm and an innovative rap style, which can cross all borders. In the early 2000’s, he became the first French hip-hop and rap recording artist to be played on MTV after going platinum and one of his most famous songs « La Belle et le Bad Boy » (Beauty and the Bad Boy) was featured on the US TV series Sex and the City and True Blood. 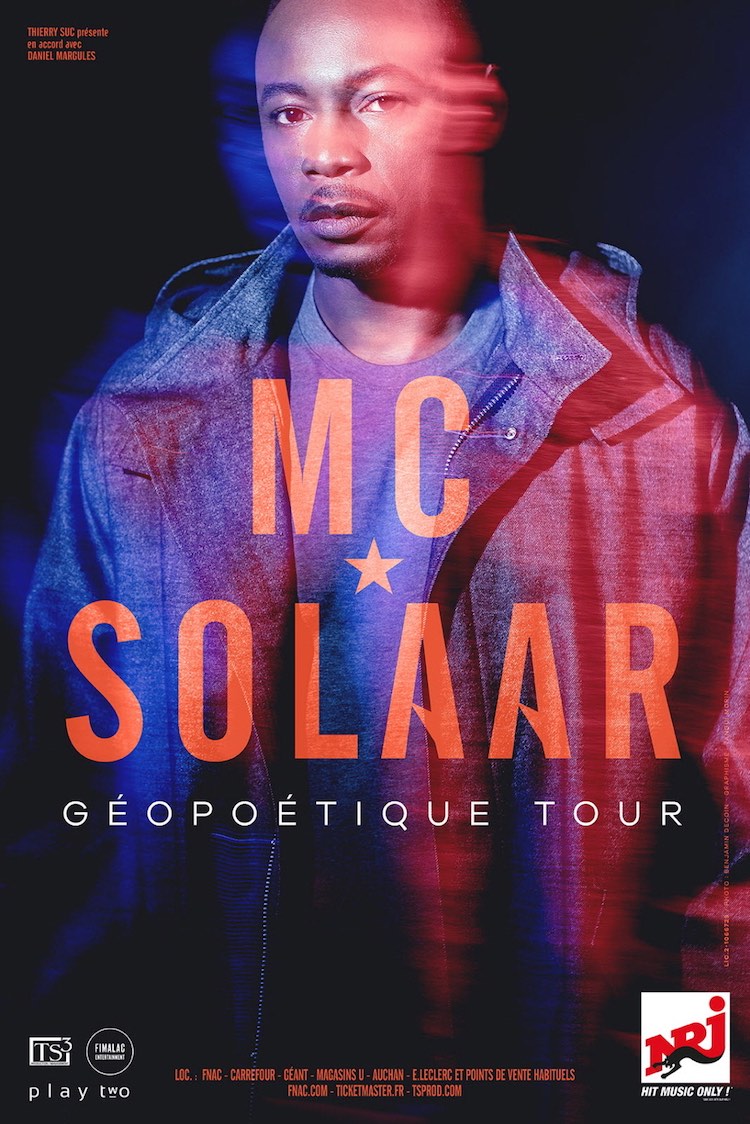 MC Solaar plays the Palais Nikaïa in Nice on Friday, 7th of December 2018 at 8 pm. Tickets range in price from €35 to €59 and can be purchased through all the usual outlets or booked online.