The world’s most glamorous film festival rocks its milestone anniversary with a string of spectacular events all year long.

It all began with a healthy dose of rivalry. Back in the late 1930s, the French noticed that the Venice Film Festival was getting quite some traction and decided to create their own. The spot they picked happened to be a tiny, sleepy Mediterranean seaside resort by the name of Cannes. A president was soon found, too – none other than the illustrious Louis Lumière, who together with his brother Auguste counted among the world’s first filmmakers. Everything was set for the grand premier in September 1939.

Alas, the best laid plans do not always work out. World War II got in the way, and the official launch had to be postponed to September 1946. The festival got off to a rocky start – over the course of the first five years, it had to be cancelled twice for budgetary reasons. Despite its ambitious goals to present high calibre international film productions, it was initially considered more of a social event than anything else.

But in the mid 1950s, once the first big movie stars of the times – Kirk Douglas, Sophia Loren, Grace Kelly, Brigitte Bardot, Cary Grant, Romy Schneider, Alain Delon, Simone Signoret, Gina Lollobrigida … – ventured down South, the event picked up speed and soon proved to be a raging success. And Cannes has since become the undisputed shrine that the world of cinematography worships at. From 1955 on, the Palme d’Or is the coveted award, on a par with the Oscar, that every international filmmaker aspires to. But beyond the dazzling star power and the glam factor, the Festival has also always considered itself a market place for film industry professionals, where movers and shakers make deals, where projects and financiers meet, and where young talent has a serious chance of showing off its work.

If Cannes celebrates its glamorous film festival in style every year, the City definitely kicks it up another notch for its official 70th anniversary. From a brand new logo to a permanent red carpet on the world’s most famous steps, from movie-themed exhibits to master classes, from larger-than-life movie star photos smiling at you all across town to their silhouettes that you can have your picture taken with, you cannot help but stumble across the leitmotif of the Seventh Art wherever you go. 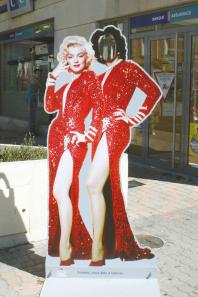 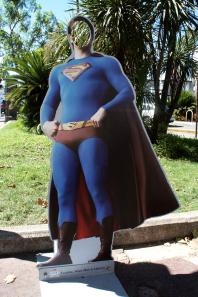 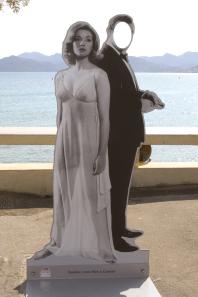 Mayor David Lisnard wants this to be a celebration not for a select few but something that his citizens and the world’s visitors can join for free and have fun with. Among the upcoming highlights, the screening of the Aleksandar Petrovic 1977 cult film Portrait de Groupe avec Dame (with Romy Schneider and Brad Dourif). The screening is followed by a workshop/conference held by the movie’s Director of Photography, Pierre-William Glenn, one of the greatest of his profession, who has worked with the likes of Truffaut, Lelouch and Tavernier (Tuesday, 21st February at 19h00, Théâtre Alexandre III, 19 boulevard Alexandre III, free admission). A frequently updated event list is available on the Ville de Cannes website.

The 70th film festival will take place from May 17 through 28, and as always, it has a superstar presiding over it. This year the honour goes to iconic Spanish filmmaker Pedro Almadóvar. The choice is not unanimous: known to be an avid supporter of the Spanish corrida, his nomination has mobilized vocal animal protection groups and protesters who are currently running a petition for him to be replaced. Their most avid spokesperson: retired sex symbol and cinema goddess Brigitte Bardot, herself anything but a stranger to the steps of the Palais des Festivals et des Congrès. And thus the wheel turneth round… 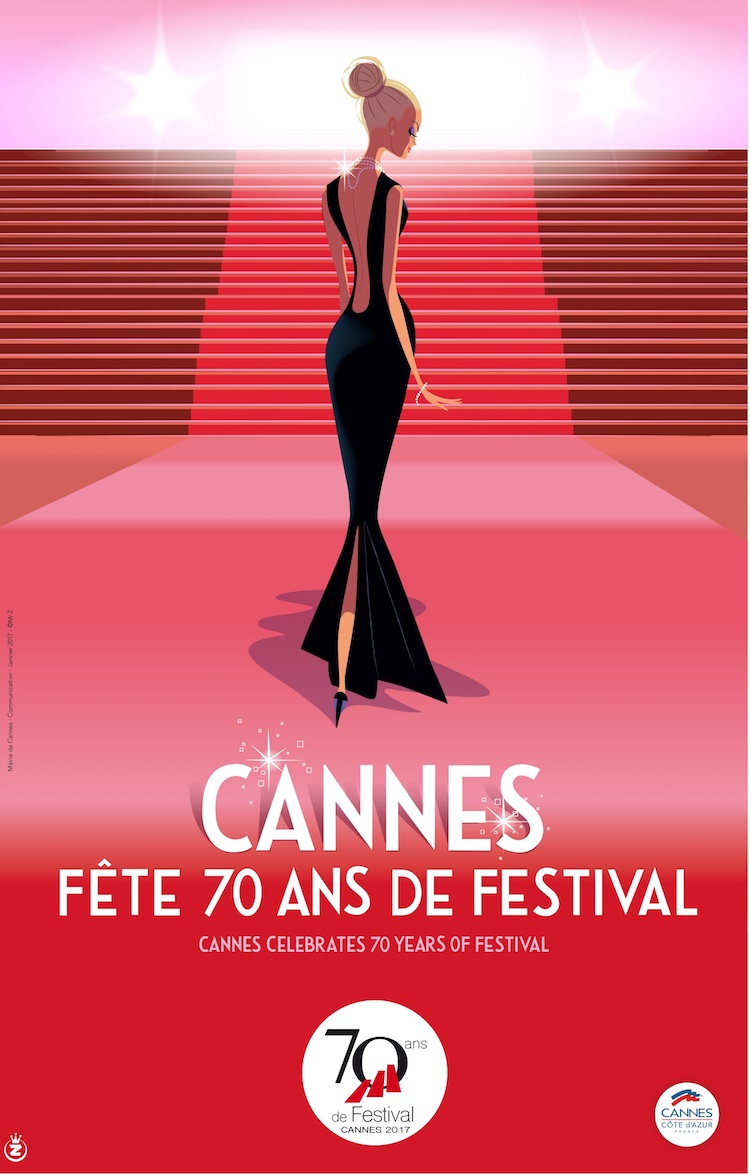