Emmy Award season is upon us, and Niçois actor Marc Duret has a standing invitation on the jury.

The old adage is often true: prophets count less in their own country than they do elsewhere. The same sometimes goes for artists, as Marc Duret knows. While popular and much respected at home, the prolific French-Italian actor and director is in really hot demand internationally. One proof among many: his third invitation to the annual jury table of the International Emmy® World Television Festival in New York. This year’s 44th edition is held on November 19 and 20, followed by the award gala on the 21st.

“Participating as a juror in the Emmys, the Academy’s annual showcase of excellence in international television, is an honour and a thrill at the same time, every single year. There is so much talent on American TV, but there are also entries from 15 countries around the world that I cannot wait to discover,” Marc told us. 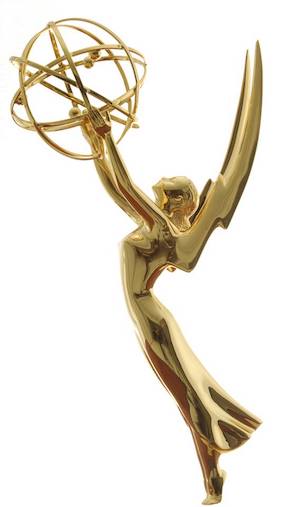 Over 600 television professionals from over 60 countries convene annually in New York City to recognize excellence in nine categories of television produced outside of the United States, as well as US Primetime programs produced in languages other than English. The list of Emmy nominees features some of the crème de la crème of acting, among them Judy Dench (Best Actress) and Dustin Hoffman (Best Actor), both for their roles in Roald Dahl’s Esio Trot. France competes with Gérard Depardieu’s autobiographic review Grandeur Nature (Out Of Frame). The hot favorite in the Best Documentary category is a British production, My Son the Djihadi, and Germany’s Nackt Unter Wölfen (Naked Among Wolves) is traded as the winning TV movie/miniseries entry.

During his weeklong stay in the Big Apple, the Nice-born actor also has a busy schedule outside the Emmys: He participates in the NYC production of a feature film based on a true story dating to World War I and (intriguingly) involving “Russians, Germans, and wolves”. He will also screen a short film he made a cameo appearance in, Treasures Under The Rocks, directed by Anna Antonova and shot upstate New York for the New York Film Academy, which will soon be hitting the festival circuit. Other items on his packed agenda include a Manhattan theatre reading, and meetings with high caliber international colleagues to discuss upcoming projects.

“It is no secret that I adore international productions, as an actor and as a viewer,” says Marc who is perfectly trilingual French, Italian, and English. “I just love Anglo-Saxon writing style and rhythm, and the boundless imagination of great creative minds like Tom Fontana. When I have the chance to play in such a production, I am in my element. The energy and synergy that a cast from all corners of the planet brings to the set is exhilarating, and that is very inspiring for an actor.”

Closer to home, Marc Duret has been a sought-after actor for three decades ever since starring in Luc Besson’s cult movies Le Grand Bleu (The Big Blue) and Nikita, as well as Matthieu Kassovitz’ La Haine, and Yan Kounen’s Dobermann, French cinema productions which became great international successes. In 2015 he played opposite Claudia Gerini in his first Italian feature film, Tonino Zangardi’s L’esigenza di unirmi ogni volta con te. His CV also sports collaboration with Hollywood staples from Anthony Quinn to Jeremy Irons and Sean Connery, and award-winning directors like Volker Schlöndorff and Michael Haneke. Any actors on Marc’s personal wish list that he would love to play with, we want to know? “Oh yes! Glenn Close or Meryl Streep! Class, talent and beauty all in one!” (And we predict that their agents will be delighted to hear that!) 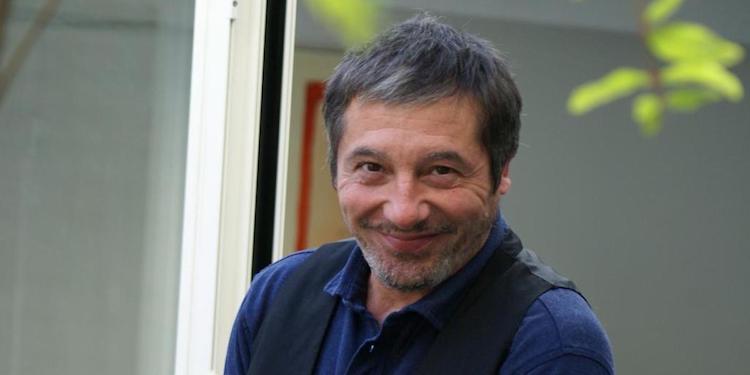 A graduate from the prestigious Stella Adler Conservatory, Marc used to live and work in the United States for many years. Now based in Paris, he still jumps across the Pond regularly. “New York is such a breath of fresh air, with all these different cultures and languages coming together and enriching each other. Diversity is the source of creativity, just as it is the source of tolerance, and we artists must set an example in preserving and championing it.” Americans feel his passion for their culture and mentality, and – always ready to appreciate and use talent – have made Marc Duret one of the most popular and sought-after European actors in the U.S.

France still lacks this sense of diversity in the arts, he adds. “French TV and film-making is still very monocultural. Although… the younger generation of creatives is trying very hard to break away from the habitual Gallic navelgazing.” And this is paying off lately as he is being increasingly rediscovered as a leading actor in his native country. New projects are in the works that Marc Duret’s fans on either side of the Atlantic cannot wait to discover. Stay tuned to hear about them here first.