Often described as the French Amy Winehouse, soul sensation Ben l’Oncle Soul is back with a third album, ‘Under My Skin’, a tribute to the legendary crooner, Frank Sinatra.

Ben l’Oncle Soul will be in Nice this autumn for what should be a concert full of life! A great opportunity to see live an artist who has been making a big splash the world over in the last few years, with his eclectic brand of sound and his original look based on hats, bow ties and colourful jackets!

With a stage name that pays tribute to the fictitious elderly gent who serves as the brand image of Uncle Ben’s Rice, and music that is clearly influenced by American music of the 50’s and the 60’s, from the likes of Otis Redding and Ray Charles to Sam Cooke and Al Green, the young artist is as French as can be. Born Benjamin Duterde in 1984 in Tours in the Loire valley, he fell into soul music at a very young age, thanks to his mother who was immersed in that universe.

After graduating from art school, Ben, as he was then known to his friends, joined a gospel choir, the Fitiavana Gospel choir, which released an album in 2009 entitled ‘I Have a Dream’, featuring covers of soul classics such as ‘Killing me Softly‘.

Soon thereafter, the young man was signed by the French division of Motown Records and for his debut album, the eponymous Ben l’Oncle Soul, he chose to sing in both English and French. The album was a mix of original material and some covers, including his major hit, the soul version of the White Stripes’ ‘Seven Nation Army’, while his second offering, “A coup de rêves’, saw him team up with San Francisco-based psychedelic soul band Monophonics. 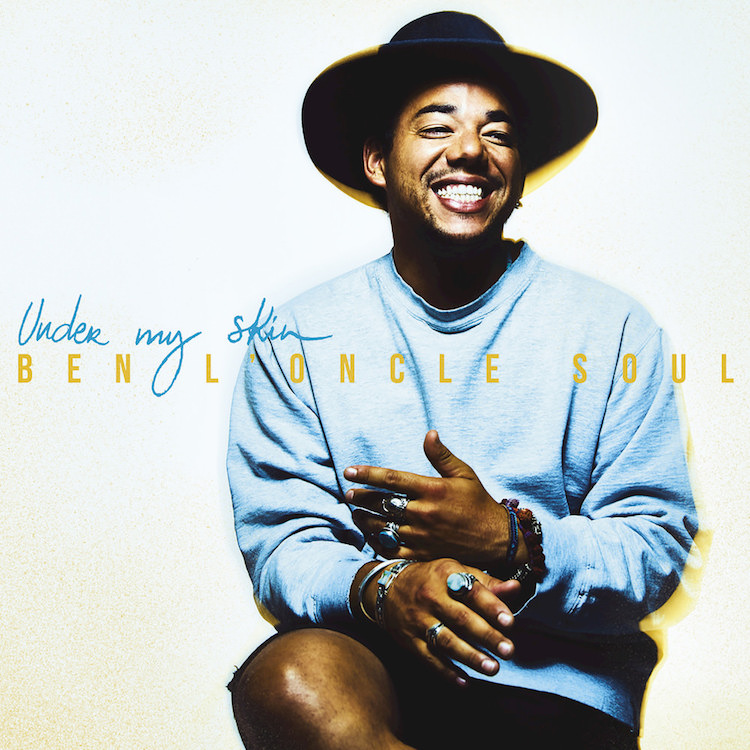 For his latest effort, which was released in late 2016, the French singer has reworked some of the greatest standards popularised by Ol’ Blue Eyes with a touch of reggae, soul, jazz and blues. With the help of both Matthieu Joly (Neïmo) and Benjamin ‘Waxx’ Heikimian (Naosol & The Waxx Blend) and thanks to his powerful voice, he has managed to give a new life to an extremely polished repertoire.

“The thing which touched me most in Sinatra’s work, is the lyrics”, the soul artist says. “I wanted to give these jewels a new jewellery box, to create bridges between genres and periods.”