Another possible French contender for an Oscar, ‘Rust and Bone’, directed by Jacques Audiard, was shot locally in Antibes.

Loosely based on a collection of short stories by Craig Davidson, Audiard’s new film centers around Ali (Belgian actor Matthias Schoenaerts), a single father who is struggling to make a living as a security guard, and Stéphanie (Oscar-winning actress Marion Cotillard), a trainer and performer at Marineland. At first, the two protagonists do not seem to have much in common, but months after their first encounter, with Stéphanie having both legs amputated following a terrible killer whale attack, she finds that the only person she can talk to is Ali. 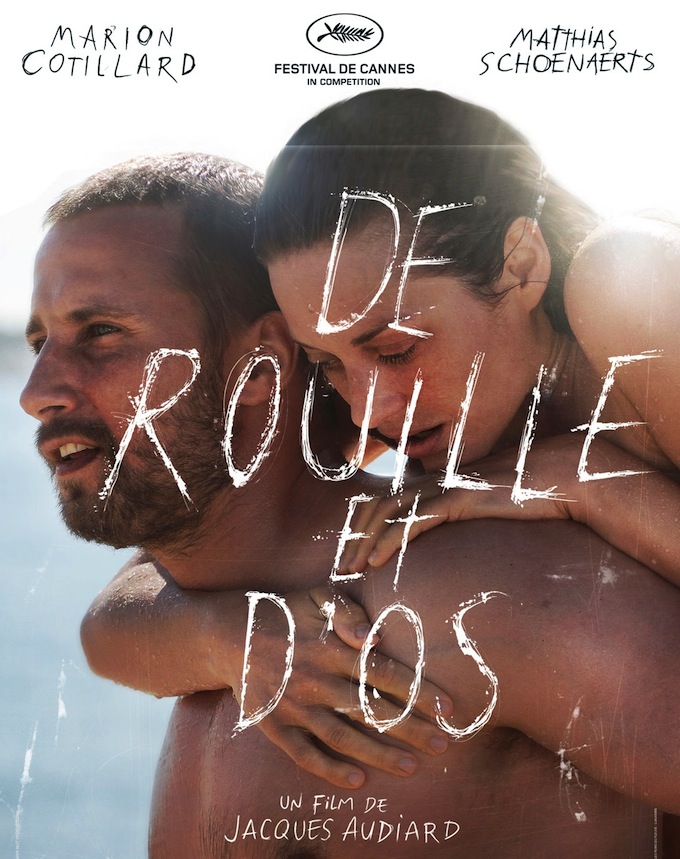 Not everybody will connect with this miraculous friendship that turns into an absorbing love story. ‘Rust and Bone‘ alternates between depressing and uplifting moments, and does not hesitate to show the main character’s severed limbs, thanks to impressive special effects. But for those who do, they will be terribly moved by this raw, yet poetic, tale of survival and redemption against all odds, and will be deeply impressed by the performances of the two lead actors who bear it all, both physically and emotionally.

Appearing without makeup, Cotillard manages to portray a certain courageousness, yet sensuality at the same time. We watch her character move from a position of frailty to one of strength, with Cotillard delivering probably her best performance since ‘La Môme‘ (‘La vie en rose‘). As for Schoenaerts, previously seen in Bullhead, he is equally as measured and compelling as his famous costar.

‘Rust and Bone‘ is generating Oscar buzz for Cotillard as it makes the festival rounds. It has been released this month in the UK and the US, and is now available in France on DVD.