We all have lost a family member or a friend to cancer, so if you have no plans on the 21st of September, it should not be too hard to find the motivation to join thousands of other participants wearing pink, despite the early start on a Sunday morning!

The race is open to everyone: young and old, women and men, those affected by the disease or not. And there is absolutely no need to be an athlete to participate — there are three different events to suit all abilites and levels, including a 1km run for children, a 5km run or walk (3.1 miles) and a 10km run or walk (6.2 miles).

Established in 2002, the Odysséa association organizes races throughout Metropolitan France and in la Réunion. Over the years, it has mobilized about 340,000 people and collected more than €3.4 million. Nearly €52,000 has been raised to date in Cannes, and the profits of this year’s event will be split between three local associations dedicated to fight the disease: DÉFI DE FEMMES, SOS CANCER DU SEIN PACA and TOUJOURS FEMME PAYS DE GRASSE.

After skin cancer, breast cancer is the most common cancer affecting women worldwide, accounting for 16% of all female cancers. It is also the primary cause of female mortality in France, with a death related to breast cancer occuring every hour. 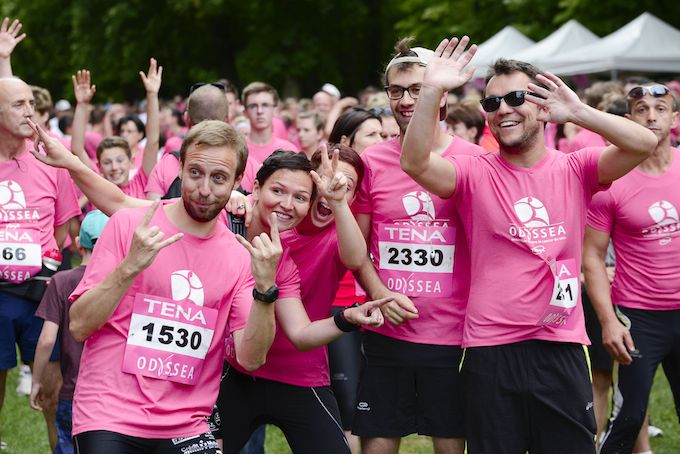