Top flight men’s tennis comes back to European shores, with the first ATP Masters 1000 clay court tournament of the season in Monte-Carlo.

The 2013 Monte-Carlo Rolex Masters tournament promises to be one of the most exciting in recent memory, as the undisputed King of Clay, Rafael Nadal, continues his dramatic comeback from injury. Will he claim his record-breaking ninth consecutive title in the hallowed surrounds of Court Central in the Monte-Carlo Country Club this April? He has already proven his return to form with two recent titles on clay in Brazil and Mexico, and also having made it through to the final in Chile.

Needless to say, it will not be all plain sailing for the defending champion. Certainly not if local resident, Novak Djokovic, has his way. Current World Number 1 Djokovic has been in fine form this year, having already taken the first Grand Slam title of the year in Australia. But this is the sacred terre battue, folks, a completely different story.

The closing date for receipt of player entries is the 18th March, but already many of the top names in the men’s game have confirmed their participation. Look out for the likes of Andy Murray, David Ferrer, and the French contingent, including Jo Wilfried Tsonga and Nice’s Gilles Simon. However, we will not be seeing Roger Federer grace the courts of Monte-Carlo this year. 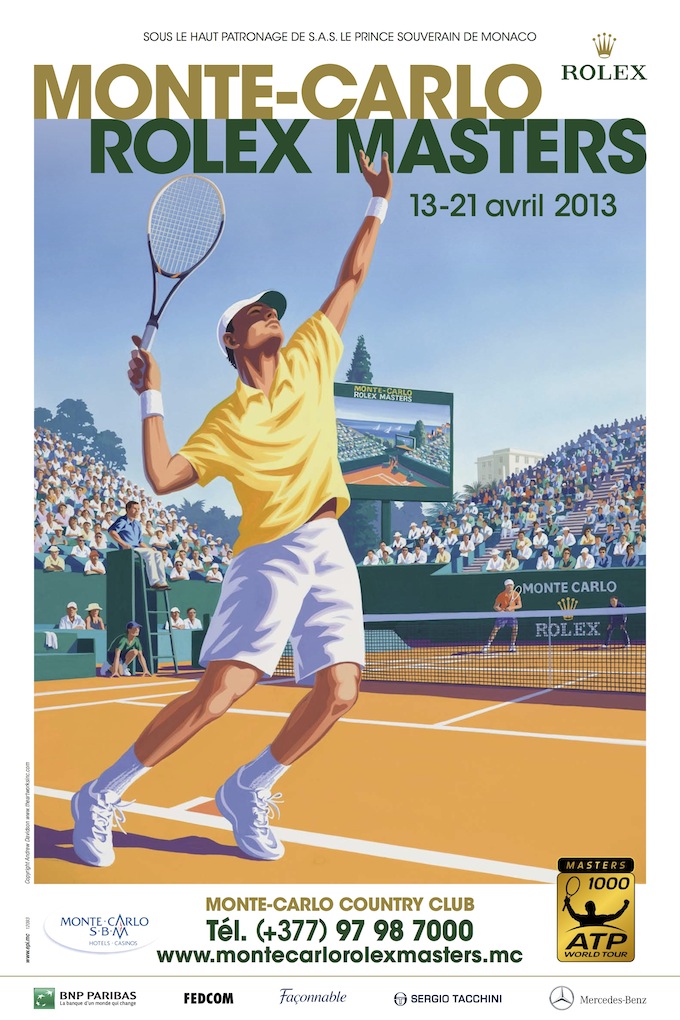 The tournament runs from Saturday 13th to Sunday 21st April, with the qualifying rounds take place over the opening weekend. Tickets are available on the official Monte-Carlo Rolex Masters ticketing website.

And, as this is the 150th anniversary of the Société des Bains de Mer, there will be a special event on Saturday morning, 13th April at 11:00am in Place du Casino, with some of the stars of the tournament demonstrating their mini-tennis skills. This will be followed by the tournament draw being made in the Salle Blanche in the Casino de Monte-Carlo.

So, the only question that remains to be answered – number nine for Rafa?