The ATP Masters 1000 World Tour rolls into Monte-Carlo once again this April, with the prospect of more records being broken.

The Monte-Carlo Country Club is the first stop of the clay court season, which effectively runs until the French Open in Roland Garros in May. Having spent the last month on the hard courts of Indian Wells and Miami, the terre battue of Monaco is a welcome relief to many.

The Monte-Carlo Rolex Masters is the third ATP 1000 Masters event of the year, and attracts all the biggest stars on the ATP tour. This year we will see defending champion Novak Djokovic back in the Principality, along with current World No. 2, Andy Murray, clay-maestro Rafael Nadal, and Roger Federer, playing in his first tournament since a recent knee operation. 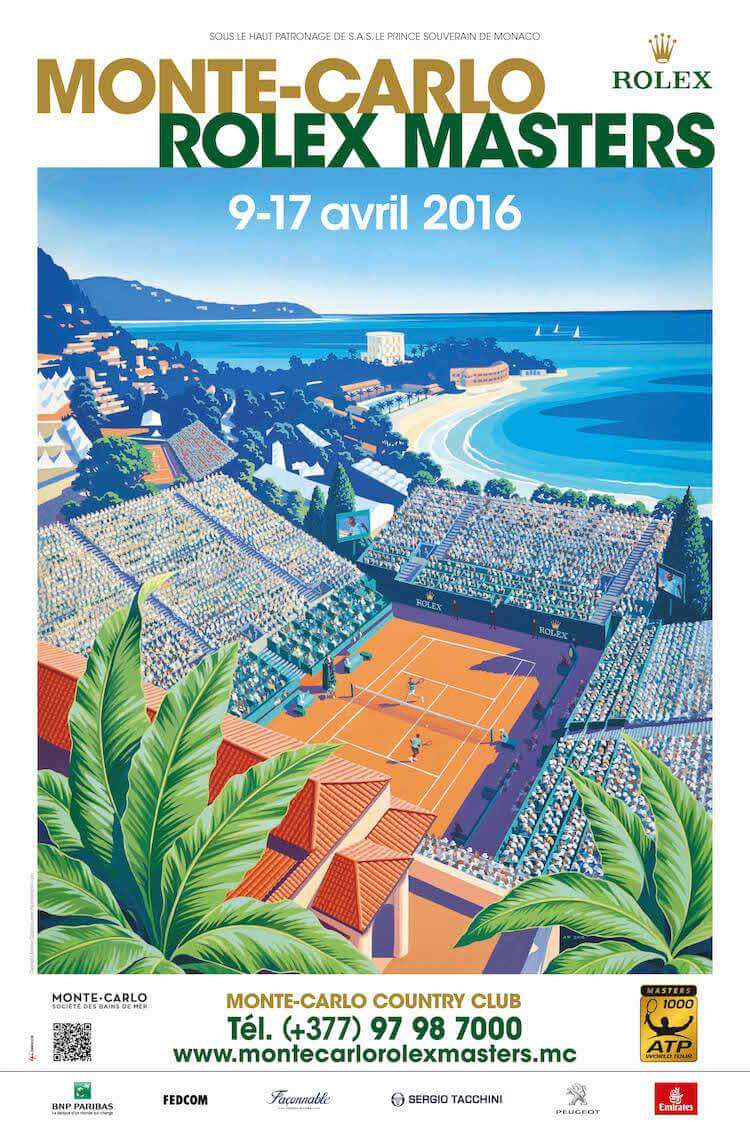 Fresh off his victory in the ATP 1000 Masters event in Miami (his record breaking 28th Masters Series title, which sees him overtake Rafael Nadal), Novak Djokovic, will be prove to be a tough proposition for any of his opponents.

The 2016 tournament features a Men’s Singles and Doubles draw (56 and 24 player/pairing draws respectively), and a total financial commitment in excess of €4 million.

The Monte-Carlo Rolex Masters runs from Saturday 9th to Sunday, 17th April. Tickets vary in price depending on the choice of day and court, and may be purchased online.

So, another day for Nole in the sun, or will there be a party pooper amongst his peers?