The Nice Carnival is a tradition in the city that has taken place as records indicate as early as 1294 when the Count of Provence, Charles Anjou, wrote that he had passed “the joyous days of carnival.”

In 1873, a committee was created for the Carnival, headed by local artist Alexis Mossa, with later contributions from his son Gustav-Adolf Mossa. The Carnival was reinvented into a parade, adding masquerades, satirical floats and competitions.

This exciting annual event takes place during a two week period in February with this year the whole celebrations starting on February 16th until March 2nd.

The carnival is the second biggest in the world after the Brazil Carnival and today the event attracts over a million visitors to Nice within that time period.

Every year, a special theme is chosen with this year being the “King of Cinema” reflecting the various shows and movies filmed not only in the Côte d’Azur but other familiar faces and locations from around the world. Here traditional artists create over 18 massive floats and other figurines in traditional papier-mâché for the colorful parade which takes place both day and night and is full of music and life. 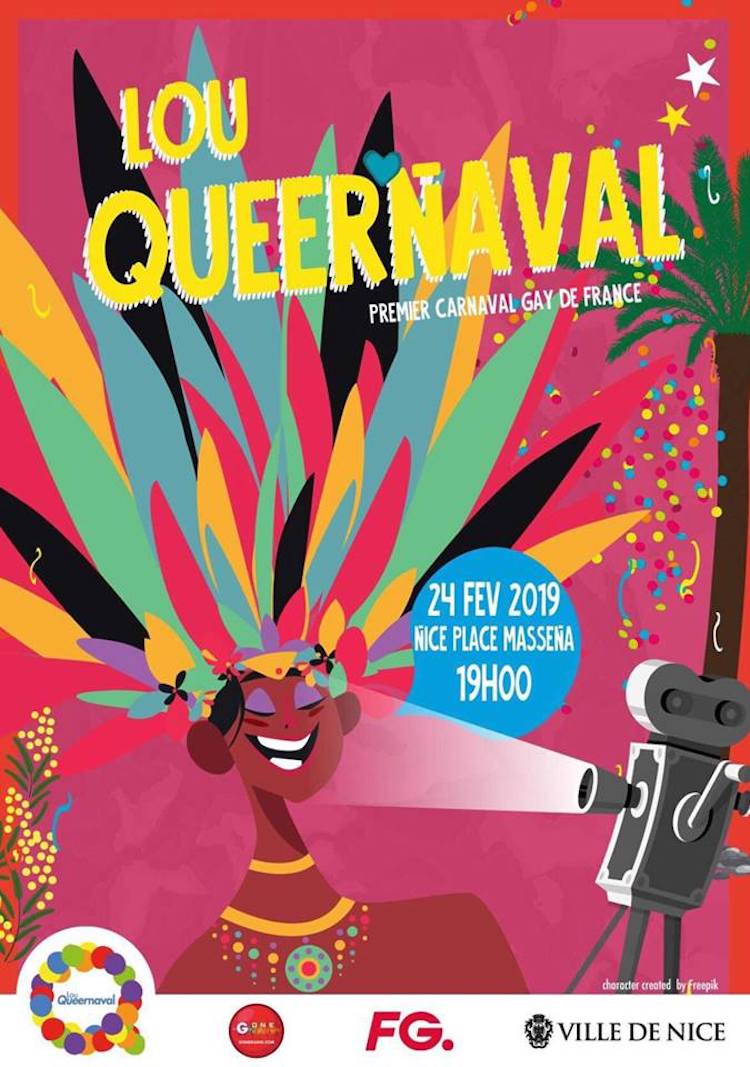 It is also very pleasing to hear that this year Lou Queernaval will be back! As part of the spirit of the carnival and the extensive LGBTQ community, a special evening will be held on February 24 starting at 7pm, this will be the prime party of the carnival basically turning it all into a massive dance floor!

Celebrating diversity and tolerance among 15,000 expected visitors, you will to see an array of sequins and rhinestones attached to some amazing costumes along with rainbow flags and an extravagance and overall surge of happiness and love for all.

This is the third edition brought to the Nice Carnival by the local LGBTQI community volunteers in the city and is open for all to attend the most festive of events.